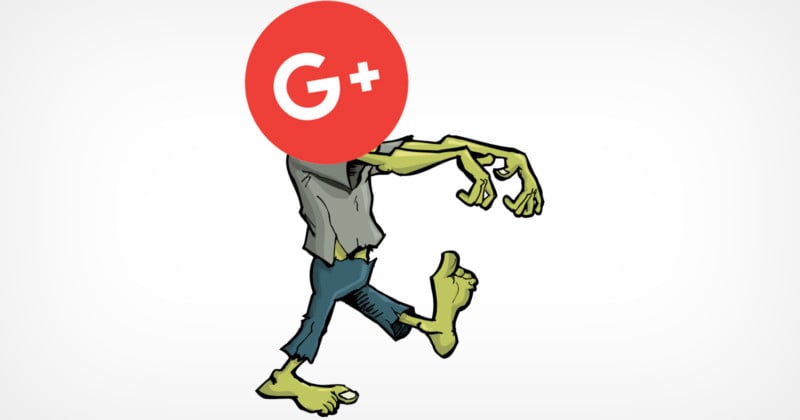 Google+ as a public social media website was shut down in 2019, but Google had kept it going as a shadow of its former self for enterprise clients in the form of Google Currents. Today, Google says that shambling corpse will finally be allowed to die for good.

Google+ is Dead for the Second Time

In its heyday, Google+ was extremely popular among photographers and many amassed hundreds of thousands of followers as Google seemed to be the best at supporting high image quality and social interaction of the major competitors like Facebook, Twitter, and Instagram. But despite its popularity in the photo industry, the app fell out of general use and was eventually retired.

Even though Google+ as a public-facing social network was set out to pasture in 2019, Google continued to use its code base in as an enterprise-focused social network that it renamed Google Currents, ArsTechnica reported at the time.

Currents was only available to GSuite paying customers and only members of an organization could see anything posted there as it was designed for company announcements and discussions. ArsTechnica notes that it’s unclear why Google thought pushing the defunct social media platform into enterprise would make it successful, especially considering that the company did next to no marketing or updated support for it after its launch.

In a blog post, Google says that it is “winding down” Currents to be phased out by 2023, marking the final, grateful death of the social media platform.

Reallocating the Google+ codebase into an enterprise social network that no one used is just one aspect of the company’s confusing choices with its software. Google Chat will replace Google Currents, but will be renamed Google Spaces. Google Spaces will combine aspects of Google Chat and Google Currents in the company’s attempt to build one place for its customers to collaborate digitally.

Even more confusing is that prior to both of these recent branding, Currents was used by Google as the name of its news app that existed until 2013 and Spaces was a short-lived messaging app from 2016.

As Engadget points out, that means Google+ has effectively been killed off two times and Google Currents has also been killed twice.