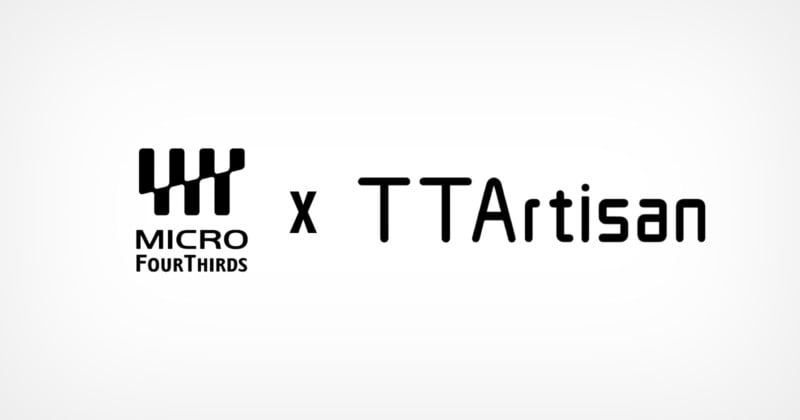 TTArtisan Joins 56 Other Companies in the Standard

The Micro Four Thirds Standard Group has announced that Shenzhen Mingjiang Optical Technology Group, who owns and develops lenses under the TTArtisan brand, has joined the 56 other companies that develop on the standard and as a result will be introducing compliant products to photographers.

TTArtisan was established in June of 2019 and has obtained more than 10 patents for the development of camera lens technology. It currently sells its products in more than 30 countries and will now work with the Micro Four Thirds Standard Group, currently led by OM Digital Solutions, to further build and develop for cameras in the system.

TTArtisan has been producing manual-focus lenses for a variety of lens mounts for the last several years, including Canon RF, Nikon Z, Sony E, Leica L, Fujifilm GFX, and Hasselblad X1D in addition to select lenses made for Micro Four Thirds. By joining the Micro Four Thirds Standard Group, the company can likely start to implement autofocus into lenses made specifically for the system, as its lens offerings are only manual focus to this point.

The Micro Four Thirds Standard Group was co-founded by Panasonic and Olympus (now OM Digital Solutions) in 2008 and have since been working together to promote the standard. The group touts the standard as one that is versatile and highly mobile and is able to meet “all kinds of photographers’ needs” while also working to create an optimal balance of high image quality, compactness, and lightweight for cameras that have interchangeable lenses.