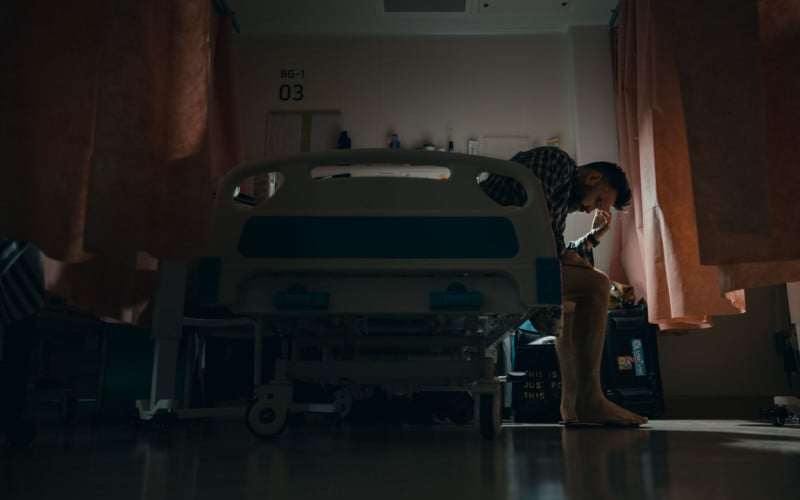 A photographer has documented his experience of testing positive for COVID-19 in Hong Kong and then being locked for over two weeks in the city’s “COVID jail” thanks to some of the strictest isolation protocols in the world.


Matt Jacob is a pilot based in Hong Kong who also does environmental portraiture and travel photography when he’s not flying.

“As a pilot, 2021 was a year to forget for me,” Jacob tells PetaPixel. “After an aggregate of over 8 months of the calendar year away from friends, family, and home life, come the end of it I was catching an airline home to Hong Kong for some time off after another 6-week trip away, spent mostly in hotel isolation if we weren’t flying.

Jacob landed back in Hong Kong on New Year’s Eve and immediately headed to hotel quarantine. Airline flight crews have a reduced quarantine time of just a week compared to the lengthy 21-day quarantine for passengers.

The Nightmare Begins with a Positive Test

While Jacob is familiar with strict quarantine policies, he was still unprepared for the ordeal he would soon be thrust into when he unexpectedly tested positive for COVID.

“During hotel quarantine, which I am very used to and where you are not allowed to step foot outside your room for the whole stay, it is standard protocol for the government to come and do PCR tests at your room door nearly every day,” Jacob says. “And for me, on my 3rd day, I had the dreaded call.

“When in other countries you may be asked to isolate at home or in the hotel for a set period, before I knew it I was whisked away in an ambulance to the central point of quarantine in Hong Kong for COVID-positive ‘patients’. And it was this day — I call “day zero” — where the entire nightmare began.”

As he began his stay in “COVID jail” with no clear release date, Jacob began shooting photos to document what the experience is like for a patient. 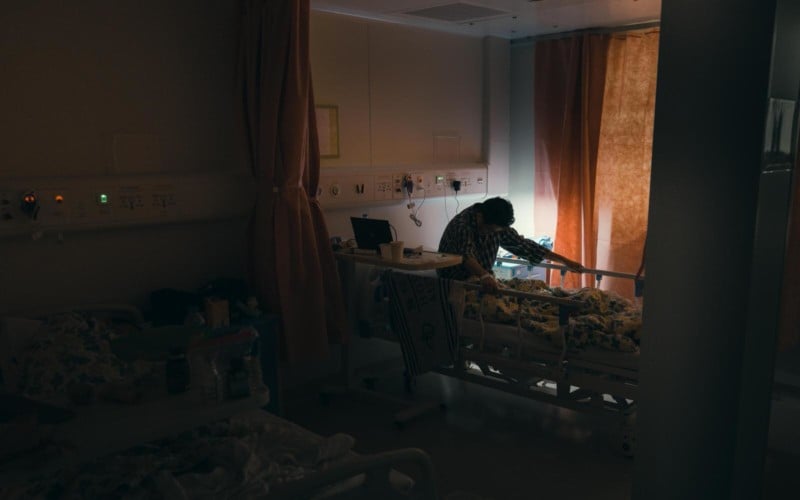 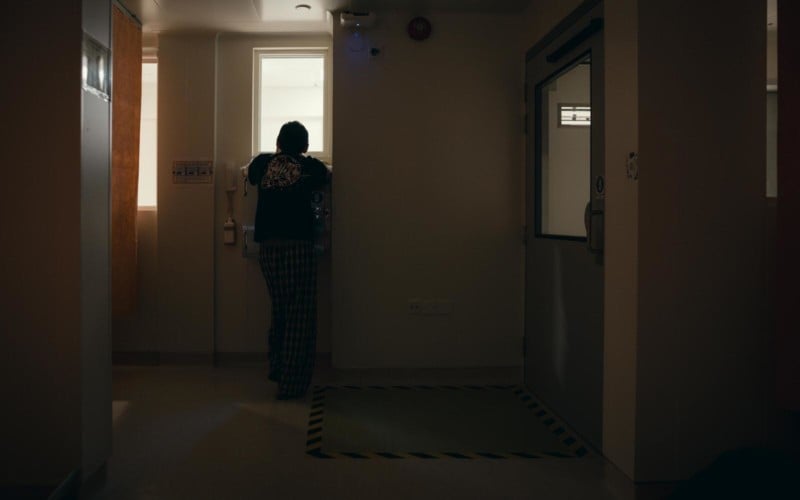 “With limited photography opportunities, I wanted to provide a small insight into the environment of being stuck inside a ward with five strangers for over two weeks, without knowing when we would ever get out,” the photographer says. 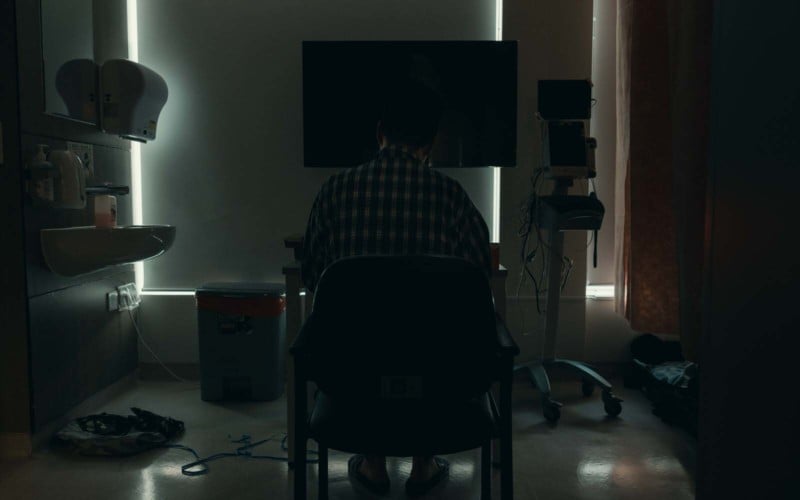 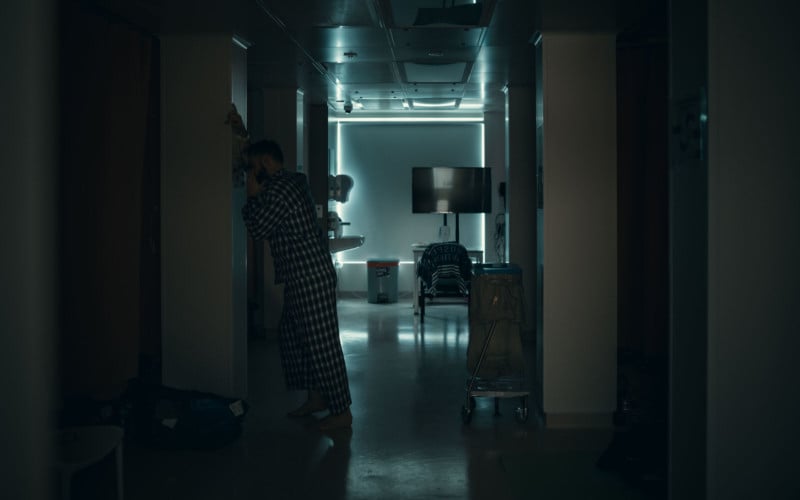 ‘One of the Most Draconian’ COVID Protocols

The experience of being isolated as a positive COVID patient in Hong Kong is unlike what people in most other countries go through.

“From the first minute I knew this was going to be an ordeal,” Jacob says. “Hong Kong has one of the most draconian and strict systems in the world when it comes to dealing with positive COVID cases. 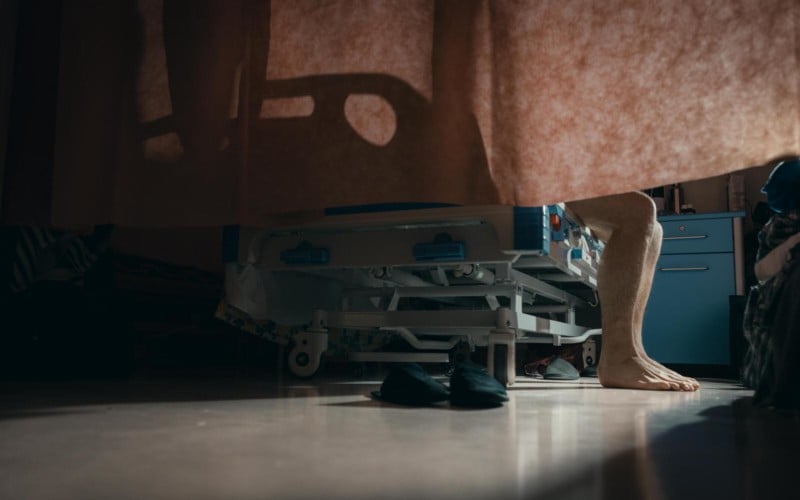 One of the main hurdles COVID patients in Hong Kong must get over is testing negative according to Hong Kong’s policies.

“To be able to get officially released from the squalor of government-controlled quarantine one is required to test negative twice in a row, no less than 24 hours between each test,” the photographer says. “Yet Hong Kong’s definition and threshold of ‘negative’ is the toughest in the world when compared to other countries and central medical institutions such as the WHO.

“If you tested negative with a PCR in one country, you could easily be positive in Hong Kong — one reason why so many are getting caught after landing here and also why it can take so long to get released from the hospital.” 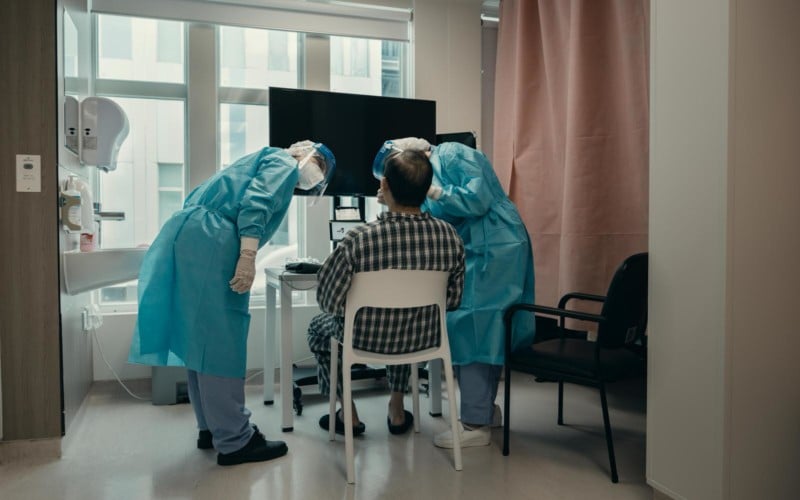 This extremely high bar for being COVID negative is what causes so much uncertainty and anxiety for patients literally locked in COVID “jail.” 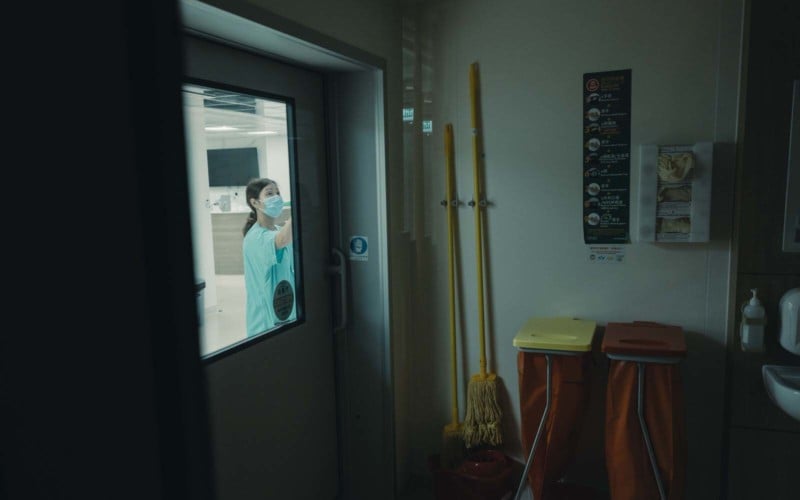 “Not only did I know I was going to be in here for at least a few weeks — some people were doing a month and/or getting negative tests followed by positives — I knew it was going to be an experience and mental test in itself,” Jacob says. 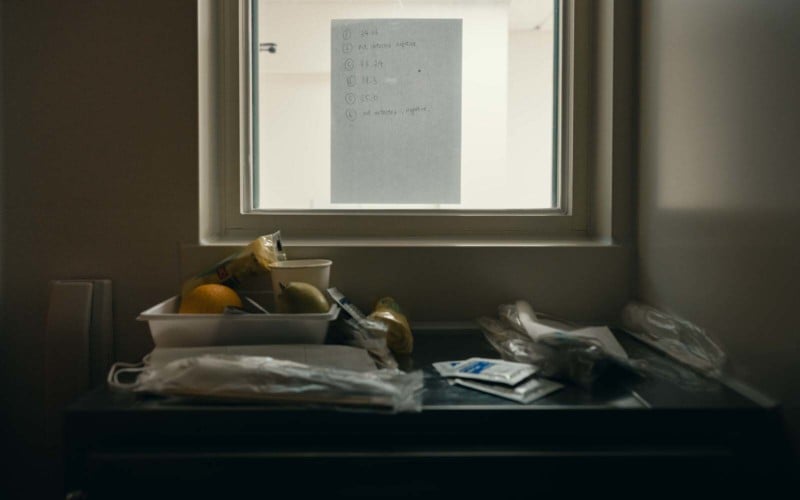 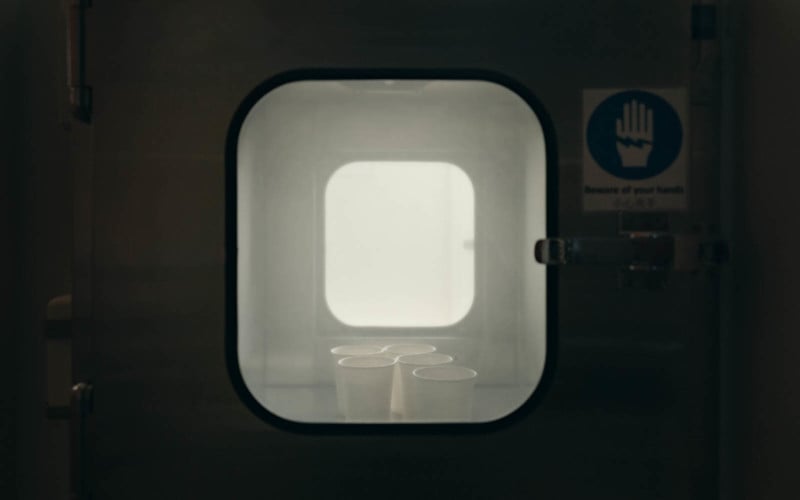 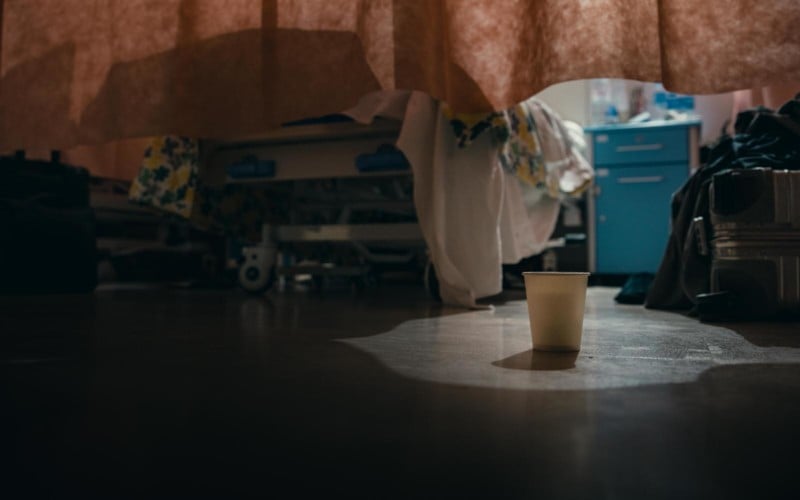 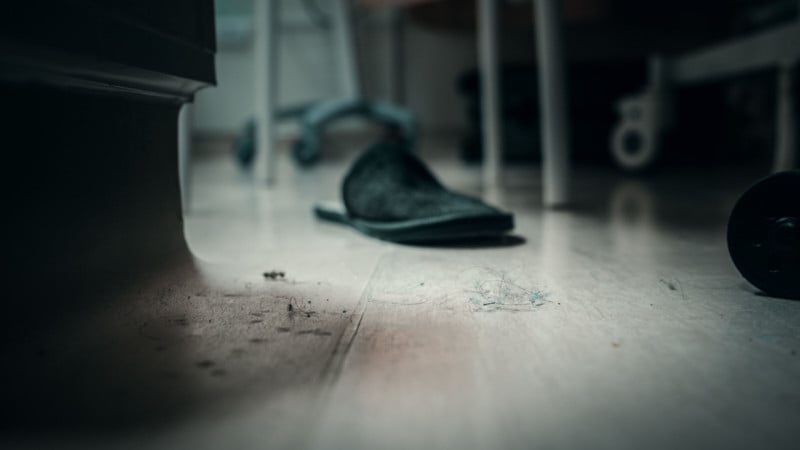 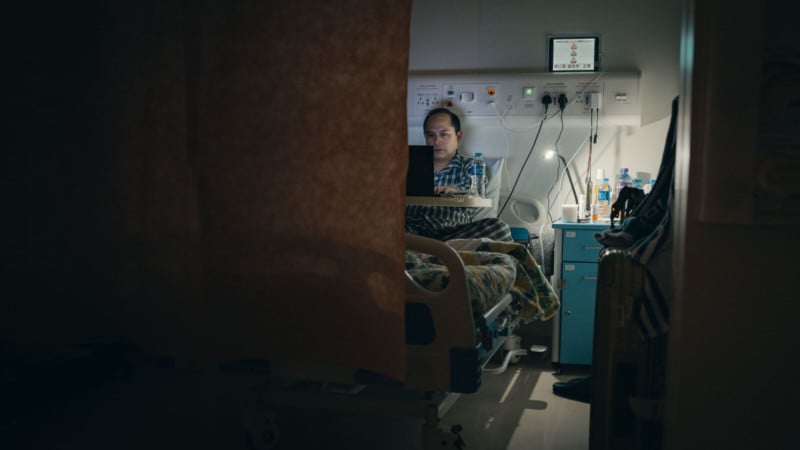 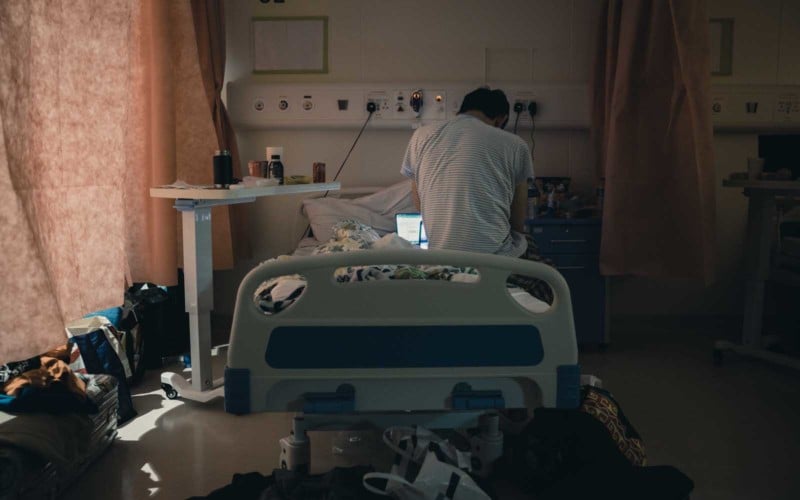 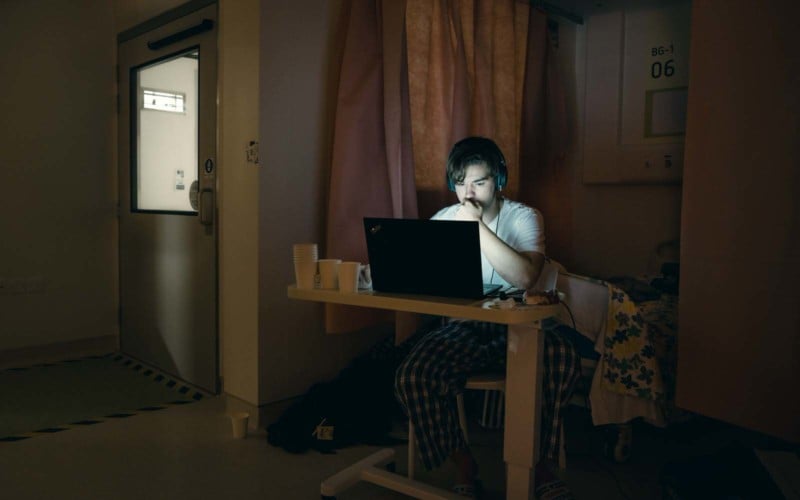 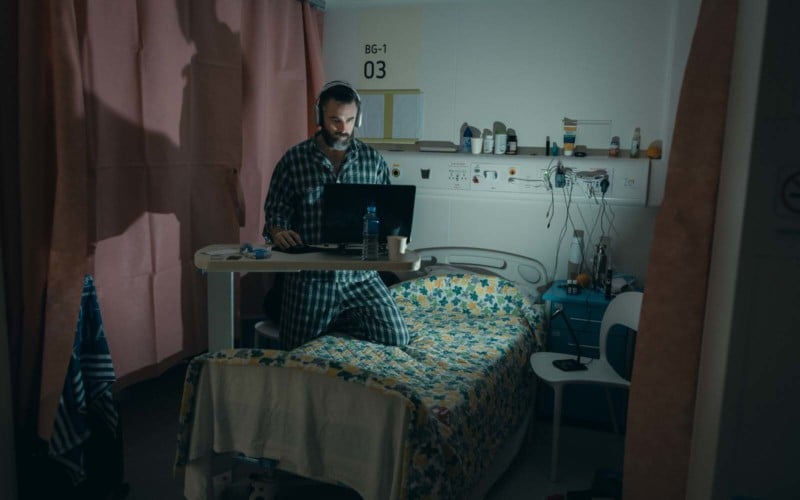 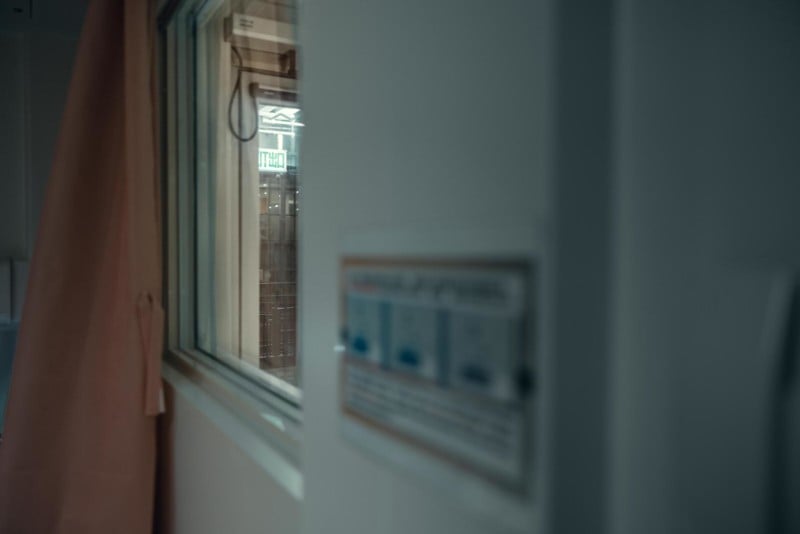 “What was only a few weeks seemed like a few years in there,” Jacob says. “Sometimes it seems silly to make such a serious thing of my experience, but I won’t forget the emotions it stirred in me and my fellow ward-mates and other quarantined people, because that’s all we had to deal with while being essentially imprisoned, and the lack of control and information was interminable.” 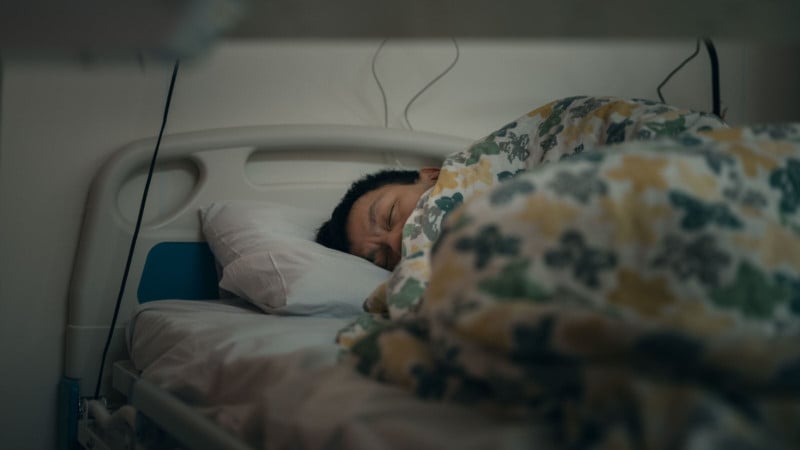 Free and Onto Home Quarantine

Once Jacob was freed from his forced isolation, he was then required to spend another two weeks isolated at home.

“At the end of 16 days of strict prison-type isolation, I was walking through the exit and looking forward to 14 days home quarantine (mandated and policed after doing government isolation),” he says. “On reflection, each day in hospital served up its own challenges, incredulity, frustrations, ups, downs, and everything in between.”

One of the things that helped Jacob cope during his stay was the documenting itself, both through images and through writing thoughts down.

“I documented my experience with my journal, some emotive photographs, as well as a poetic narrative, all of which were for more cathartic reasons, but also just gave me things to do!”

Jacob says he hopes his mini-project will be an illuminating look at a “nightmare” most people will hopefully never have to personally experience.

“I hope though that such content can provide a small insight into not only the conditions and experiences of such an ordeal, but the state of mind that most people who are caged up in there have during their quarantine, and likely still suffering the effects of long after,” Jacob says.

Jacob has also published his thoughts and feelings during his stay in poetry form. You can find more of the photographer’s work on his website, Facebook, and Instagram.