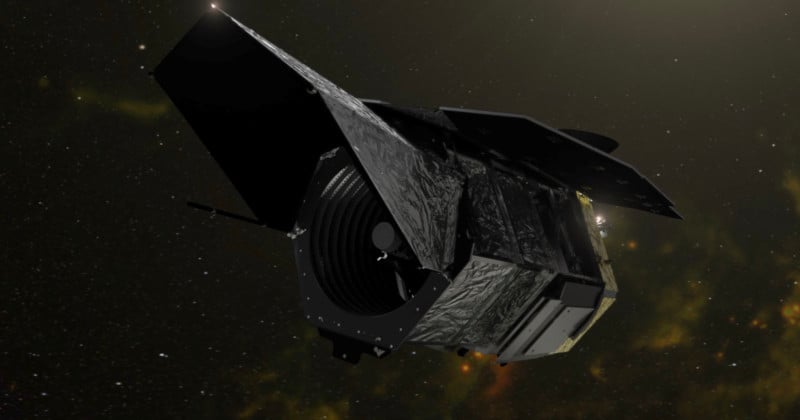 A team of astrophysicists has created a simulated image that shows how the Nancy Grace Roman Space Telescope will operate compared to Hubble: it will be able to image an area 300x larger with the same sharp resolution.

While both Hubble and the James Webb Space Telescopes are the center of attention today — the latter which hasn’t even taken its first photo yet — NASA is always working on the future of space imaging. The Nancy Grace Roman Space Telescope will be a next-generation imaging satellite that is currently scheduled to be launched in May of 2027.

Formerly called the Wide-Field Infrared Survey Telescope (WFIRST), the Nancy Grace Roman Space Telescope (NGRST or Roman) will carry two primary instruments: a 300.8-megapixel multi-band visible and near-infrared Wide-Field camera and a Coronagraphic instrument high-contrast, small field of view camera that can cover the visible and near-infrared wavelengths. The Wide-Field camera is of particular note as it will provide the same level of sharpness that Hubble can capture but over a significantly wider area.

“The Hubble Ultra Deep Field gave us a glimpse of the universe’s youth, but it was too small to reveal much information about what the cosmos was really like back then as a whole,” Brant Robertson, an astronomy professor at the University of California Santa Cruz says.

“It’s like looking at a single piece of a 10,000-piece puzzle. Roman could give us 100 connected puzzle pieces, offering a much better picture of what the early universe was like and opening up new scientific opportunities.”

In January of last year, astronomers estimated that Roman would be able to photograph an area of the sky at least 100 times larger than what Hubble is currently capable of but with the same crisp sharpness. But last month, NASA astrophysicists upped that estimation significantly and now say that it could reveal an area 300 times larger than what Hubble can capture, which would offer a significantly broader view of cosmic ecosystems.

“Hubble’s Ultra Deep Field offers an incredible window to the early universe, but an extremely narrow one, covering less than one ten-millionth of the whole sky,” NASA explains. “The new simulation showcases Roman’s power to perform a similar observation on a much larger scale, revealing millions of galaxies instead of thousands.”

While Roman is still many years away from actually showing what it can do, NASA scientists created a synthetic visualization of what Roman’s ultra-deep field camera could capture.

The image contains more than 10 million galaxies and was constructed from a simulation that produced a realistic distribution of the galaxies in the universe.

“Roman could peer across more than 13 billion years of cosmic history, reaching back to when the universe was only about half a billion years old. Such distant galaxies are extremely faint, so Roman would have to stare at one spot in space for several days to collect enough light from them,” NASA explains. “The mission’s wide field of view will provide an incredible amount of data, helping astronomers find rare objects in the epoch of reionization. The large area Roman will observe will also show differences in galaxy properties based on their surrounding environment, allowing astronomers to better understand how early galaxies formed.”

The simulated image was created using a catalog of galaxies and has been made publicly available so that other scientists can use it to prepare for what Roman will be able to provide. The team also created an interactive version of the photo which allows anyone to pan and zoom across the full resolution.