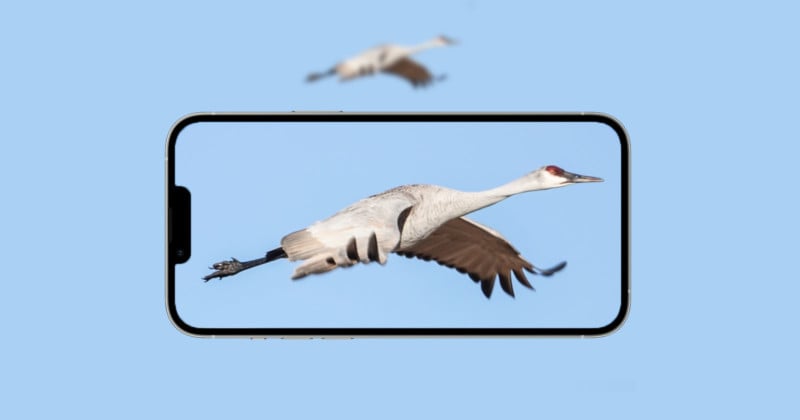 One of the most popular photo seminars in the world happens every December, when hundreds of photographers flock to the tiny town of Socorro, New Mexico, to document the migration of some 20,000 birds en route to Mexico.


Could I pull it off with just an iPhone?

The serious shutterbugs bring along giant lenses of the 400mm and up focal lengths, along with bulky DSLRs and mirrorless cameras, extenders, the sturdiest tripods, you name it, the works. And they’re not playing games. They arrive as early as 4:30 a.m. at Bosque Del Apache nature preserve to secure a prime position for bird photography.

I’ve seen the stellar work shown online by pros like Rick Sammon and Scott Bourne from Bosque, and noted that the best shots were always those of the wide variety, of flocks of birds dashing across the skies. Surely I could capture this on the iPhone ultra-wide 12mm lens, for stills and video? (I had two iPhones with me, a 12 Pro Max as well.)

The benefit of shooting on the iPhone was less gear to carry, just a phone, tripod, and smartphone tripod adapter, with a camera whose video quality has changed perceptions about what a cellphone camera was capable of. And the iPhone produces awesome timelapse videos. Not as sharp as my Sony, but a whole lot less work to create and so easy to share online moments afterward.

While the other photographers were chimping off their preview screens and congratulating themselves for great work, I could click two buttons and have my work on social media instantly, via the phone.

And I co-host a podcast on the joys of iPhone photography, so if I can’t walk the talk, who can?

The first day’s shoot confirmed for me that I was right on. I got the wide shot I dreamed of, as just after the sunrise, the birds did their famous “blast off” over the water to head to another part of the park. Could this have been any better on my Sony? 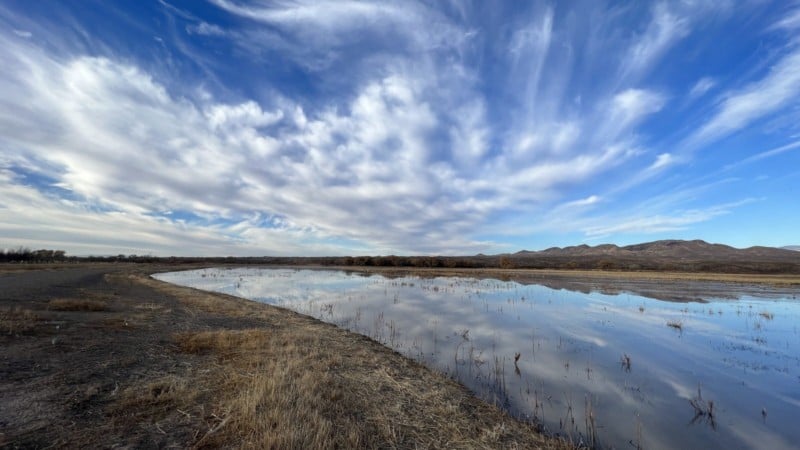 With the 77mm telephoto on the iPhone 13 Pro Max, I couldn’t rival the results from the “pros” in the seminars to my left and right, but I could get just a little closer than I would have a year earlier with the 65mm of the iPhone 12 Pro. 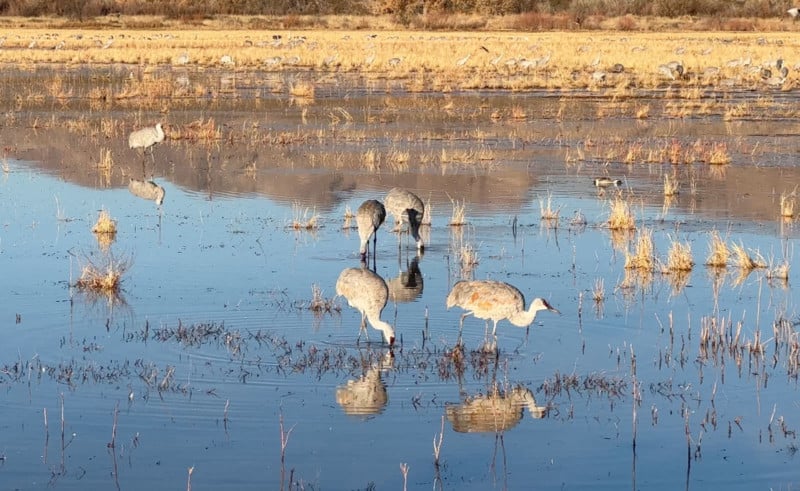 Still, I’ve got to be honest. The experiment didn’t last very long. By mid-day, on my first day in Bourne’s workshop, I missed getting those real closeups and reached into my bag for my Sony RX10 IV, a camera with a built-in 24mm to 600mm lens. 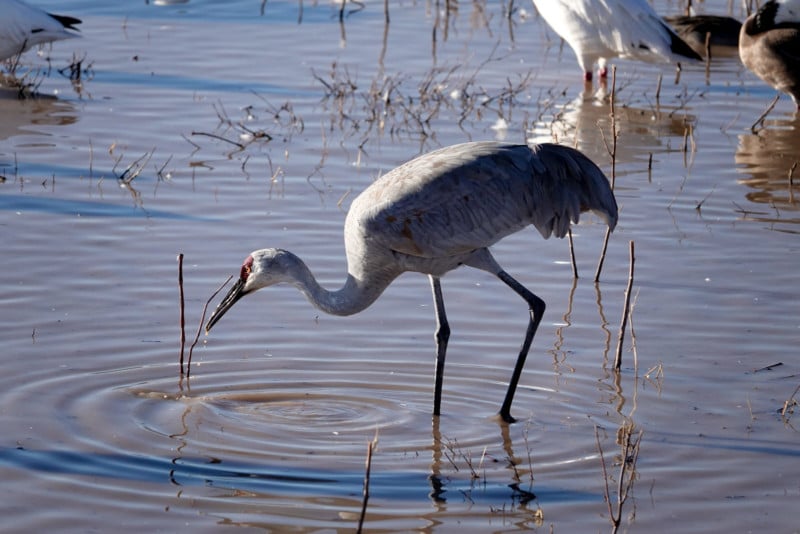 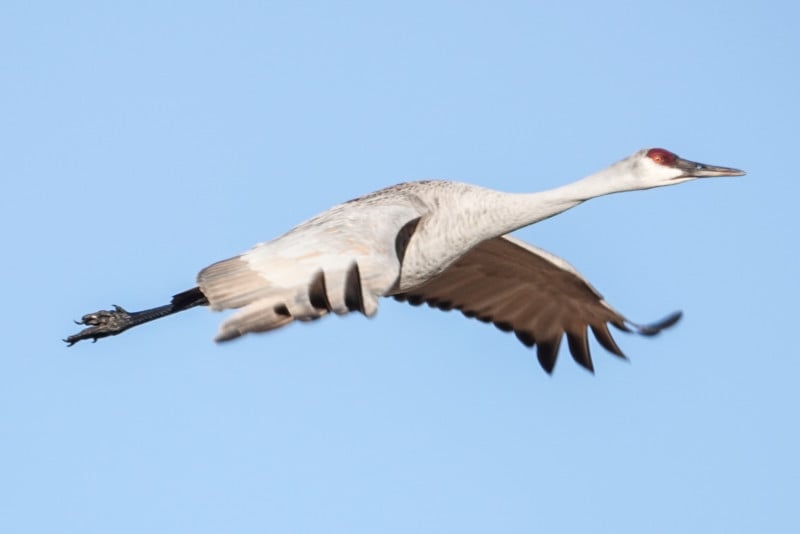 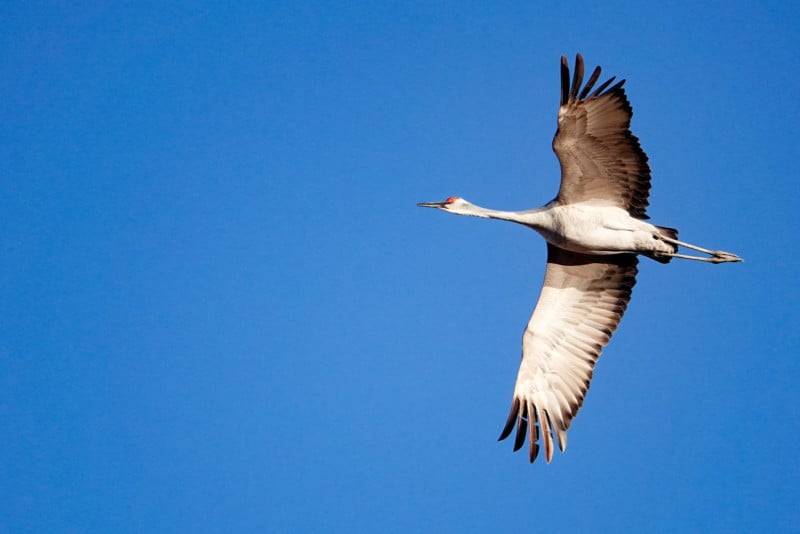 Tips for Bird Photography with a Smartphone

For starters, your smartphone probably has an ultra-wide-angle lens, which is great for picking up flocks of birds in flight.

The trick is that you want to be able to move fast and take multiple shots of the birds, freezing the action. To do this, reach for the volume button on your phone, which enables you to go burst mode, snapping many, many shots at once, and giving you a better probability of getting a sharp image of the bird in flight.

You can also use your feet for a closeup, walking slowly, so as not to scare the bird, and do your best you can with the zoom you have.

At the photo seminar, in the end, both cameras went hand in hand. The Sony for closeups, as the tripod-mounted iPhone was either recording long timelapse footage or available for the quickest of video hits.

So sure, you could attend a photo seminar with just an iPhone and get fantastic wide shots, video, and timelapse footage. But if want to get those ultra-close-ups of the birds in flight, you’re going to have to carry the gear.