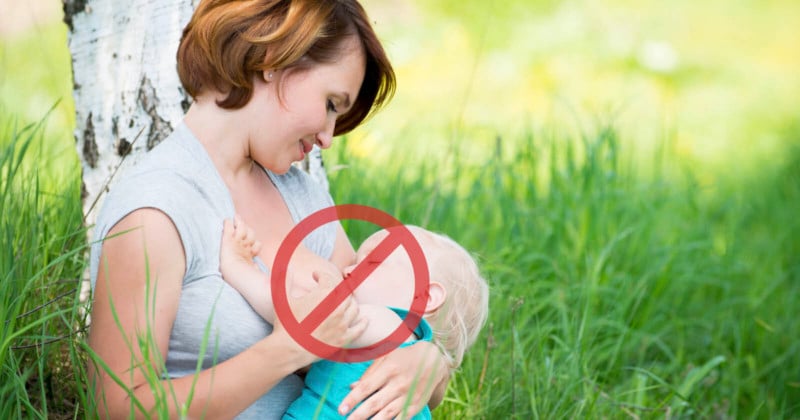 A new law is set to go into effect in England and Wales that would make it illegal to photograph breastfeeding mothers in public in a move designed to stop women from being pestered “for self-gratification or for harassment purposes.”

The law is part of the Police, Crime, Sentencing, and Courts Bill that is currently going through Parliament, according to the BBC. The law follows a campaign by Manchester-based designer Julia Cooper who rallied to make photographing breastfeeding mothers illegal after her own experience in a local park in April of 2021.

“I sat down to breastfeed my daughter and I noticed a man on another bench staring at us,” she tells the BBC. “I stared back to let him know that I had clocked his gaze, but undeterred he got out his digital camera, attached a zoom lens, and started photographing us.”

Cooper says the experience left her extremely troubled and she was even further exasperated when the police told her that there was nothing they could do as no crime had been committed.

“I just felt that was so wrong that we had been violated in this way and there was nothing the police could do to help,” she continues. “I was angry he felt just this right to capture what I was doing. It was disgusting. And I just felt so helpless, so I thought I need to do something about this.”

To address the issue, Cooper contacted her local Labour MP, Jeff Smith and his colleague Stella Creasy, who took the campaign to the Commons and put forward an amendment to the Police, Crime, Sentencing, and Courts Bill in June and called for the law to be changed.

The new law will make it illegal to record images of or otherwise observe breastfeeding without consent or a reasonable belief to consent. It specifies that to be found guilty, the perpetrator “must be acting for the purpose of obtaining sexual gratification or of humiliating, alarming or distressing the victim.”

Cooper is calling the forthcoming law a victory for mothers.

“It is a victory for breastfeeding mothers and it will provide the reassurance that we can breastfeed in public without strangers freely photographing and filming us as they wish,” she says. “The law is on their side, the law is going to protect them and I am so pleased.”