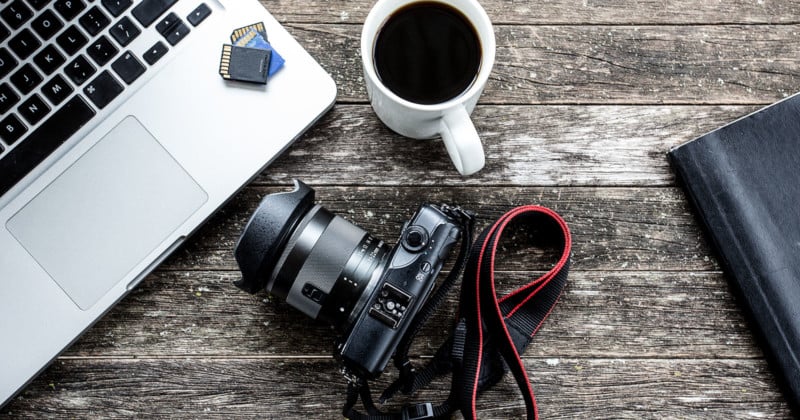 Within its half-open, half-closed status, 2021 will be remembered as a transition year: A melting pot between ending lockdowns, rising vaccines and masks mandates, new variants, ending and restarting restrictions. But if anything, it did nothing to slow down the pace of online innovation—quite the opposite. If visual tech experienced a landmark year, 2021 could be it.

Of all the big stories of the year, synthetic media is the most exciting and promising. After years of predicting it, it finally surfaced as a viable, tangible reality. Rising from the “Deepfakes” threat, which mostly succeeded in generating more news about itself than actually fooling anyone, its first iteration was a handful and short-lived anti deepfake tools. Rapidly seeing that there was no business need, at least for the time being, it evolved to mostly photo-realistic bot/avatar builders.

A good example is companies like Synthesia, which recently raised an impressive $50 million with 4,500 customers generating over 6M AI videos this year. Others, like vAIsual, Bria, and Generated.photos, try to accomplish the same in the still photo space. While very still much in its infancy, GAN-produced imagery promises to almost entirely replace photography in the next decade. It could completely erode our trust in visual content in the process. And this is where our second winner of 2021 steps in:

Launched in 2020, built-in 2021, and about to be implemented in 2022, the Content Authenticity Initiative is to visual content what passport is to human beings: A provenance certification providing viewers with information on the origin of digital content. Folded into the broader Coalition for Content Provenance and Authenticity (C2PA), the initiative will soon provide any and all content producers, including synthetic media, with the ability to inform by whom, when, and where the content was created along with information on any alterations.

It will help viewers make an informed decision on the integrity of the document they are seeing—an explicit declaration of intent. Final specifications will be published in Q1 of 2022, but Adobe has already implemented a beta version in Photoshop and Behance. Other companies are also hard at work, and 2022 should see a flurry of practical executions.

With companies like Twitter, New York Times, BBC, Microsoft as coalition members, the initiative has a lot of potencies. However, its success is tragically attached to its adoption: If it’s not used by a significant quantity of various creators and publishers worldwide, it will fail. There is no middle ground here. And because it will be indelibility tied to an asset, it naturally works with and leads us to our next winner:

The visual tech comeback kid. The Blockchain had already made a failed appearance in the visual space (remember ICO’s and KodakCoin?). Thanks to NFT deals numbers reaching millions, selling visual files has never been so sexy and lucrative.

The cutting-edge tech is mostly out of the grasp of the common person’s understanding, making the perception of value also challenging to comprehend. For the time being, NFTs stand at the tip of sound investments and major scams. Which way it will fall largely depends on the collective hysteria. But it has two major attributes supporting its long-term adoption: It is indelibly tied to visual content, and it offers an option for creators to receive a commission on secondary sales. And yes, it plays well with provenance certification. Highly attractive for our following winners:

As Kaptur recently wrote: With an estimated 50 million creators and an ecosystem about to generate $14 billion in 2021, the creator economy is bigger than Brunei’s GDP. One of its defining features is its grassroots involvement. A recent study reveals that” 58% of users say that, in the next 12 months, they would pay a monthly subscription fee between $1 and $15 to access their favorite creator’s exclusive content”. Content is directly paid for by those who consume it. Add big platforms competing with hefty incentives to attract the 3% who generate the most traffic, and you have some pretty comfortable creators. And all signs are pointing towards more user interest, more competition, more tools ( like NFTs above), and thus, more revenue. The future looks bright for those who know how to transform content into a story.

Because there cannot be winners without losers, here are a handful for whom 2021 was not so good:

What should have been welcome salvation for photographers worldwide, finally receiving their fair share of the social media gold mine, instead became a dead end. It started with a commendable idea and a promising vote but ended in a chaotic disappointment. It’s a cacophony of uncoordinated implementation, with horrors like Germany’s “uses presumably authorized by law”, resulting in a deepening value gap and enriching more intermediaries. The only winners of this mess will be collective rights management organizations (CMO). They are poised to receive payment from big tech in exchange for offering blanket rights without having to gather explicit permission. Furthermore, they have no obligations to redistribute any of it appropriately— If anything, a perfect example of what happens when clueless legislators leave legal implementation to professional bureaucrats.

While now available for many years ( almost a decade), visual AI came with many promises. Some have been fulfilled, and some remained to be fully realized. But in some areas, visual AI has failed. Take facial recognition: Mostly used for political and law enforcement, it has mainly served to evade privacy regulation. Instead of offering quality-of-life experiences, like face login, it is used to restrict, limit, and supervise. Companies like Clearview have made face recognition and visual AI an enemy of the individual rather than enhance their lives.

Auto-tagging, where an AI helps in the keywording of visual content, has also fallen short and led to disappointing results. Not so much because of its limited capacity – no understanding of context is painfully felt here- but for mostly lazy implementations. Using generically trained identifiers to tag more specialized visual assets automatically has resulted in obvious shortcomings and frustrations. And even those training sets are faulty. ImageNet, for example, contains racist and sexist labels and photos of people’s faces obtained without consent. Visual AI is in need of a reboot.

Over the years, we had hoped that file formats would evolve. Apple live, Snap’s round images, 3D images, immersive, cinemagraphs, VR, etc… But for now, the old rectangular or square .jpg is still massively dominating. It’s not for the lack of valuable attempts, but it seems that humanity has little appetite for new visual experiences and is quite satisfied with the status quo. Boring…

2021 has continued to make visual content one of the most dynamic elements of our digital lives. With new spaces being promoted, like the Metaverse, it looks like 2022 is well-positioned to be its most challenging competitor. But that’s another story for another time…