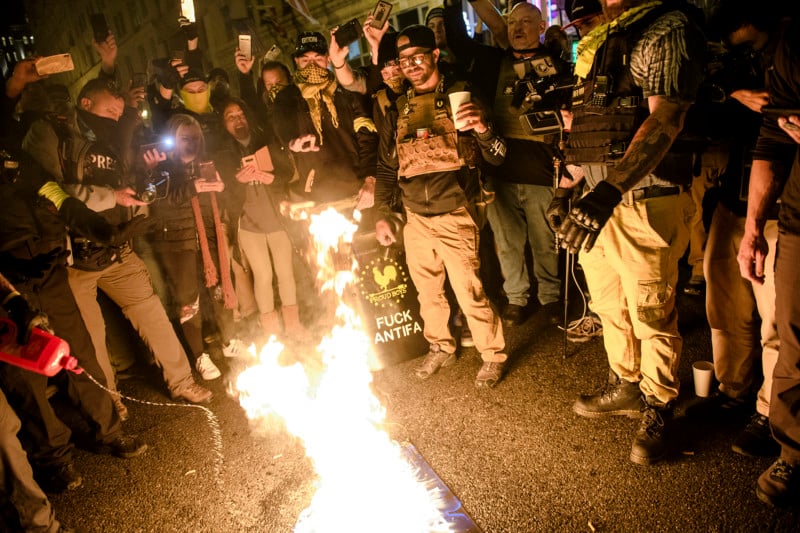 Photojournalist Amy Harris has attempted to block the United States House Committee investigating the January 6th attack on the Capitol from gaining access to her phone records, saying the public release of the information could compromise her safety as well as her future work.

The United States House Select Committee to Investigate the January 6th Attack on the United States Capitol is currently engaged in an investigation to report upon the facts, circumstances, and causes relating to the January 6, 2021, domestic terrorist attack upon the United States Capitol Complex and relating to the interference with the peaceful transfer of power. Obviously a complicated issue, the committee is looking to gather as much information as possible, but the NPPA argues it may have overstepped its bounds in relation to one photojournalist.

On December 15, Harris’s lawyers filed a suit against the Congressional Committee to block access to her records that are included in a subpoena that was served to Verizon on November 24, 2021, which would grant subscriber information and call detail records to the committee for the period November 1, 2020, to January 31, 2021.

The filed complaint requests “a declaration that the cell phone data sought by the Verizon Subpoena is protected by the First Amendment, the federal common law reporter’s privilege, and the District of Columbia’s Free Flow of Information Act, D.C. Code § 16-4701 et seq., and enjoining the House Select Committee from obtaining or reviewing such cell phone data.”

According to the NPPA, Harris had spent much of her career as a music and concert photographer for the Associated Press, but the COVID-19 pandemic forced her to pivot and shift her focus as many of those events came to a halt in March of 2020. By May of that year, Harris had began photographing the racial justice protests in the wake of George Floyd’s murder and at other events of unrest that led up to and followed the 2020 presidential election.

Harris traveled to 23 cities where protests occurred and made over 50,000 images, with her work appearing in Rolling Stone, The New York Times, The Los Angeles Times, People, and New York Magazine. As part of that coverage, Harris was was part of a project focused on the “Proud Boys” and their leader, Henry “Enrique” Tarrio.

The NPPA says that her coverage of the group around the time of the January 6 insurrection may be what led to the Committee’s interest in her phone records, but argues that those records need to remain confidential to allow her to continue to do her job.

“Those records also contain the phone numbers of other confidential and non-confidential sources, impermissibly intruding on her protected newsgathering activities, damaging her ability to report on current and future stories, and placing her in danger from those who may wish to harm or harass her based on her reporting,” the NPPA says.

“While the NPPA greatly appreciates the crucial mission of the House Select Committee to investigate the January 6th attack on the U.S. Capitol, we believe it is misguided for members to subpoena the phone records of a visual journalist who risked her health and safety to report on and photograph protests on both sides of the political spectrum,” Akili-Casundria Ramsess, NPPA executive director, says.

“Such actions have a chilling effect upon the core First Amendment values critical to the democratic principles the Committee was established to protect and we hope they will seriously reconsider their position in this matter.”