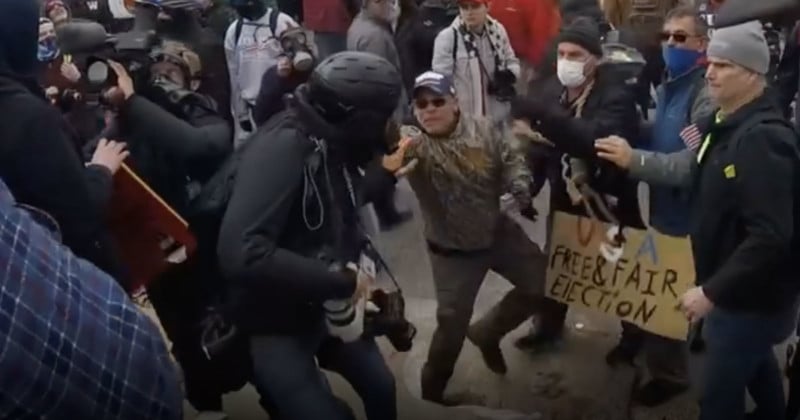 A rioter who stormed the United States Capitol on January 6, 2021 has been accused of assaulting an Associated Press (AP) photographer. He was officially charged on May 18, 2022, and arrested on May 24.

Rodney Milstreed is accused of assault by striking, beating, or wounding. The AP photographer is not named in the court documents but the description and photos appear to indicate that it is photojournalist John Minchillo.

A shocking video, captured by an AP colleague, shows Minchillo being pushed, pulled, and punched by a group of men outside the Capitol building in Washington D.C. in January of last year. During the altercation, some of the attackers accuse him of being a member of the far-left Antifa group.

“The member of the news media (MONM) victim was observed in the vicinity of the Capitol Building, near the Lower West Terrace of the Capitol grounds. The MONM victim was dressed in all black and appeared to be wearing a helmet-style gas mask, a lanyard displaying credentials, at least one camera, and a backpack,” reads court documents filed on May 18 of this year. 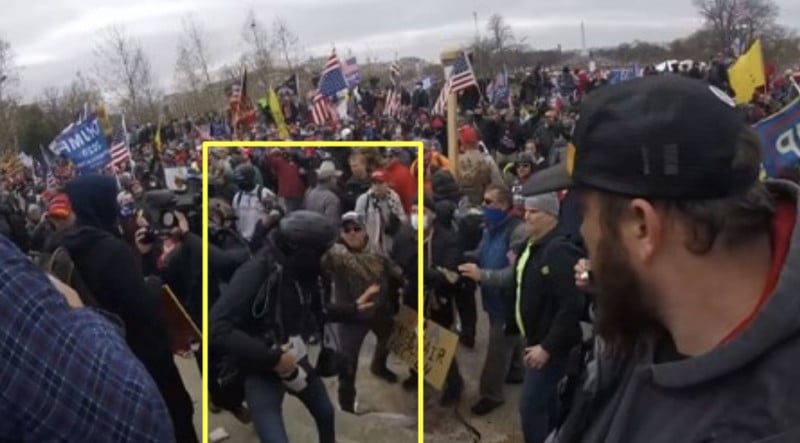 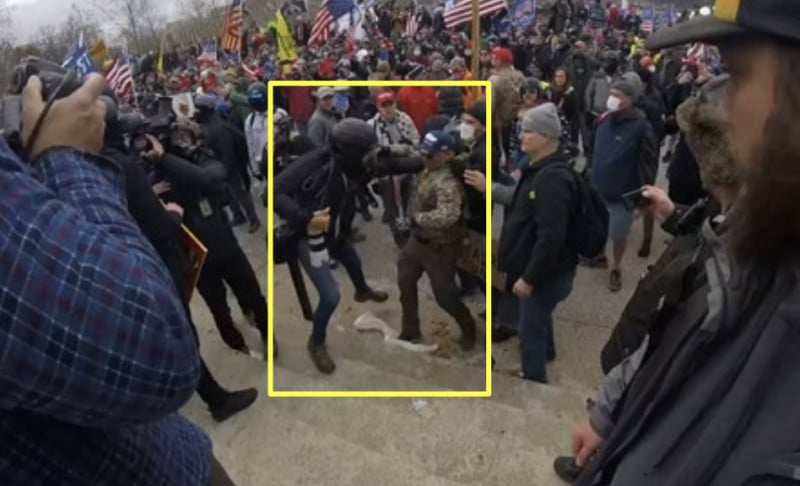 Minchillo was assaulted three times on January 6, according to The Journal, and the footage of him being allegedly assaulted by Milstreed makes the hostility of the crowd towards photographers and videographers abundantly clear.

A few days after the event, Milstreed posted on Facebook: “Anybody that thinks I went to D.C. and was gonna stand (sic) with a sign is just foolish. I went with a 4 ft club and intended to crack some heads. I’m not even (sic) sorry some got hurt. Could have been me. My only intentions were to drag these f***ing criminals onto constitution blvd and pound their head in.”

Turning his attention to the AP photographer after footage of Minchillo being assaulted had gone viral, he wrote:

“I make a charge for punching the camera guy but it was worth it. Hit him with everything god give. The crowd cheered.”

Milstreed, who prosecutors say is from Finksburg, Maryland, is also accused of throwing a flagpole at police who were attempting to defend the Capitol Building. He allegedly thew the flagpole bearing a navy flag in a “javelin-like” fashion towards officers. The court documents also show that Milstreed made threats on Facebook six days after the Presidental election in 2020 and posted pictures of what appears to be assault weapons with the caption “just a few.”