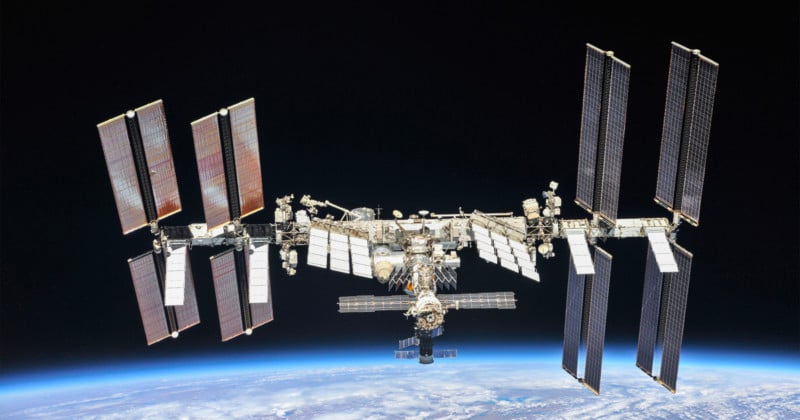 Japanese billionaire Yusaku Maezawa has published a timelapse he captured from the International Space Station (ISS) as he orbited Earth, a view he describes as “breathtaking.”

Maezawa arrived on the ISS last week, marking the first self-funded tourist mission to the orbiting station in a decade. CNN reports that he arrived after launching from a Russian-built Soyuz capsule along with veteran Russian cosmonaut Alexander Misurkin, Maezawa’s production assistant, and a videographer who will capture footage of the Japanese fashion mogul through his visit.

The billionaire published a short 24-second timelapse to his Twitter account earlier this week that shows the ISS as it orbits over a spinning Earth as the sun moves across the frame and the space station’s panels adjust to match.

“I took a timelapse from the window of the ISS,” Maezawa writes, translated. “This is exactly an entire orbit around Earth. Breathtaking.”

Maezawa will spend a total of 12 days aboard the ISS and plans to answer a variety of questions about the experience, from “do you move forward when you fart in space” to “what happens when you play Pokemon GO in space?”

“I’m so curious ‘what’s life like in space’? So, I am planning to find out on my own and share with the world on my YouTube channel,” he said in a statement last May.

To his credit, Maezawa has kept up his end of that promise and has uploaded a few videos already, including one that shows what it is like to brush his teeth in space and another where he is just “playing around in zero gravity.”

CNN points out that Maezawa’s exploits exemplify a shift in the global space industry that has been happening over the last decade. Space tourism has happened in the past, but stopped after NASA’s Space Shuttle program was retired in 2011. But in recent years, both SpaceX, as well as interest from Richard Branson and Jeff Bezos, have reignited the space tourism fad, albeit only for the exceedingly wealthy.

It isn’t clear how much Maezawa paid for his experience in space, but CNN reports that past visits have cost anywhere between $20 and $40 million. The Japanese billionaire will return to Earth on December 19.