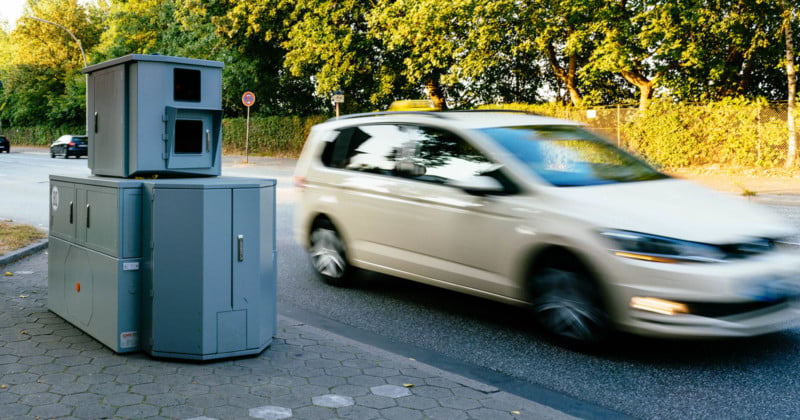 Speed cameras have long raised concerns over privacy issues, but they remain a popular means for governments to promote road safety (and raise revenue) by automatically catching drivers who break traffic laws. It turns out the cameras can also inadvertently catch people who break their marriage vows.

The German newspaper Bild reports that a 36-year-old woman in Germany was stunned recently when she received a speed camera photo in the mail that revealed that her husband was being unfaithful.

The citation stated that the woman had broken the speed limit while driving through Rheinufer Tunnel in the city of Düsseldorf, and there was a photo printed on the notice as evidence of the violation.

There were two big problems, though: first, the woman did not have a valid driver’s license at the time of the violation, and second, the woman seen behind the wheel in the photo was someone else.

“My client opened the notice of the fine at home,” says the woman’s attorney, Fatma Poyraz-Devrim. “She drove in Rheinufertunnel 87 instead of the permitted 60 kilometers per hour. In the photo, she sees a woman at the wheel of her husband’s leased company car and is startled. She didn’t even have a driver’s license at the time.”

The husband reportedly confessed to the affair after being confronted with the photo evidence. Even so, his wife was forced to attend court to argue her case.

After seeing that the woman bore little resemblance to the person photographed behind the wheel, the judge sided with her and issued an acquittal.

In the United States, the American Civil Liberties Union is among the organizations that have spoken up against traffic enforcement cameras.

“[T]he tickets are sent to the owner of a car, who was not necessarily the person committing the alleged violation,” the ACLU writes. “The burden of proof usually then falls on the owner to prove he or she was not driving at the time. This is a violation of the bedrock American principle that the accused be considered innocent until proven guilty.

“There are also important privacy issues raised by the cameras. The ACLU is most concerned about what we call ‘mission creep’ — that the data collected by these cameras will be used for purposes other than tracking reckless drivers.

“Government and private-industry surveillance techniques created for one purpose are rarely restricted to that purpose, and every expansion of a data bank and every new use for the data opens the door to more and more privacy abuses.”

Image credits: Speed camera photo by Marco Verch and licensed under CC BY 2.0