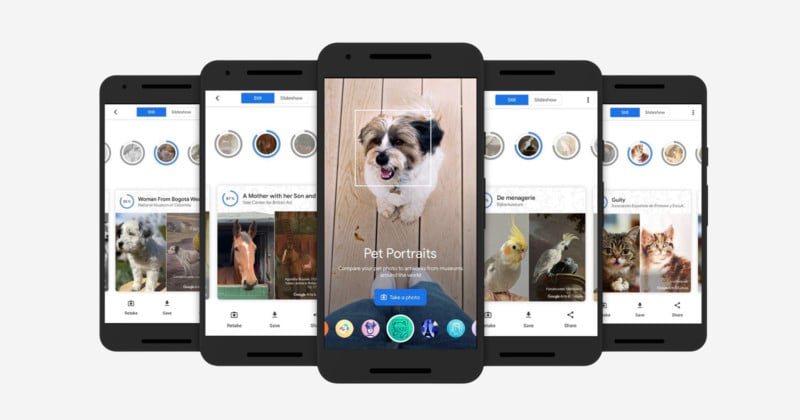 Google’s new “Pet Portraits” feature inside its Arts and Culture app allows users to find works of art that resemble their pets by simply submitting a photo and letting the artificial intelligence find a match from thousands of art pieces.

In a similar vein to the selfie doppelgängers feature released in 2018, Google’s Arts and Culture app now allows users to match their pet portraits with works of art from museums and galleries found around the world.

The app uses a machine-learning algorithm to match pet portraits — taken either with a smartphone camera in the app or an already saved image — using a library of tens of thousands of artworks from Google’s partner institutions. The below examples were generated using photos of PetaPixel’s staff’s pets. 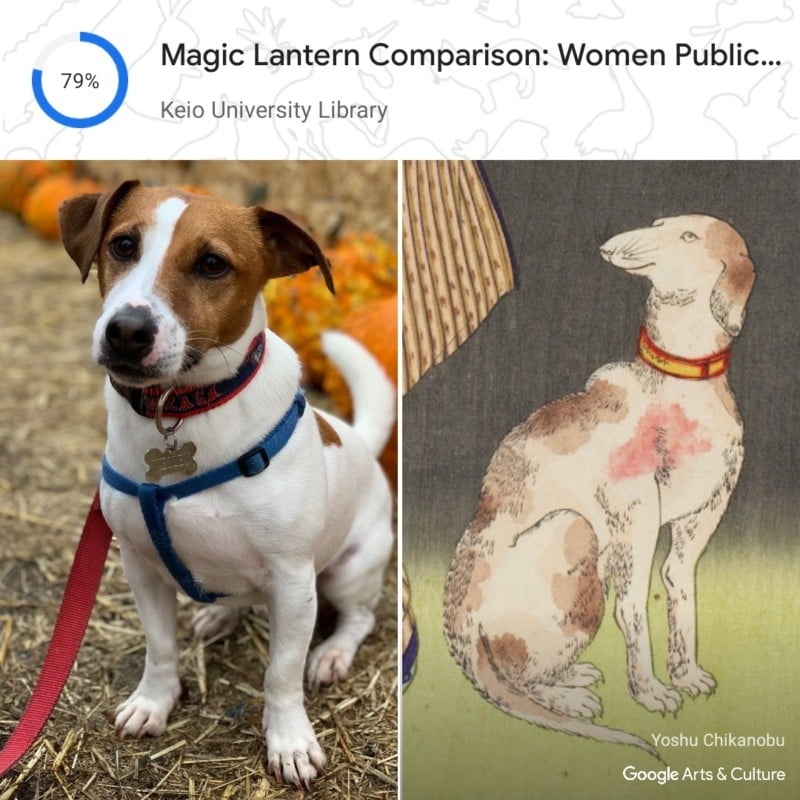 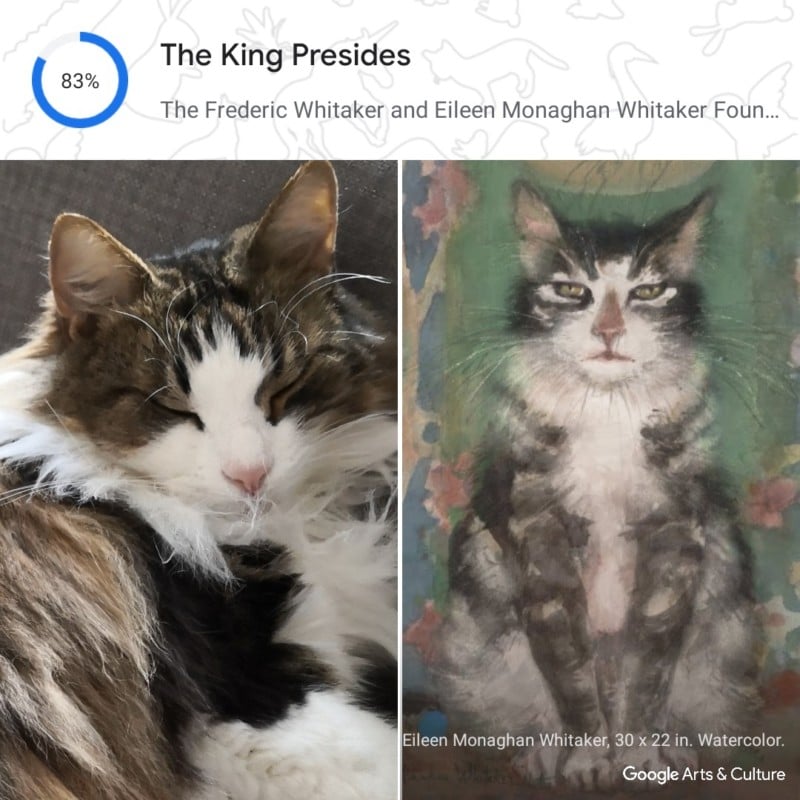 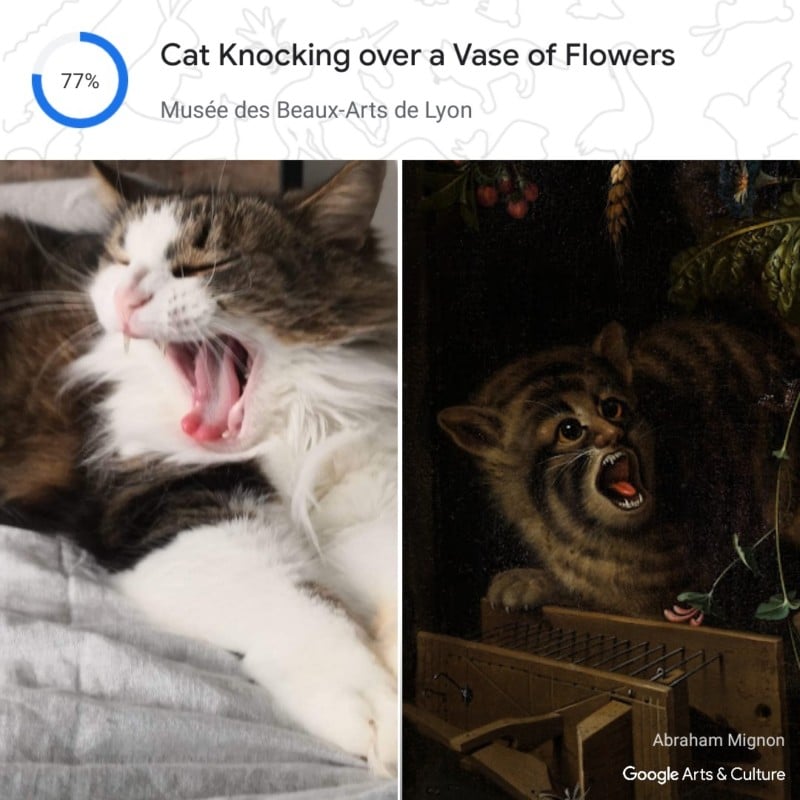 It’s not only paintings that the photo can be matched with: it can be a sculpture, street art, or any other art piece that the AI has found to have similarities shared with the original pet’s photo.

The app gives a handful of results that can be shared as individual still images or as a collective GIF sideshow. Users can also click on each art piece to read more background information about it. 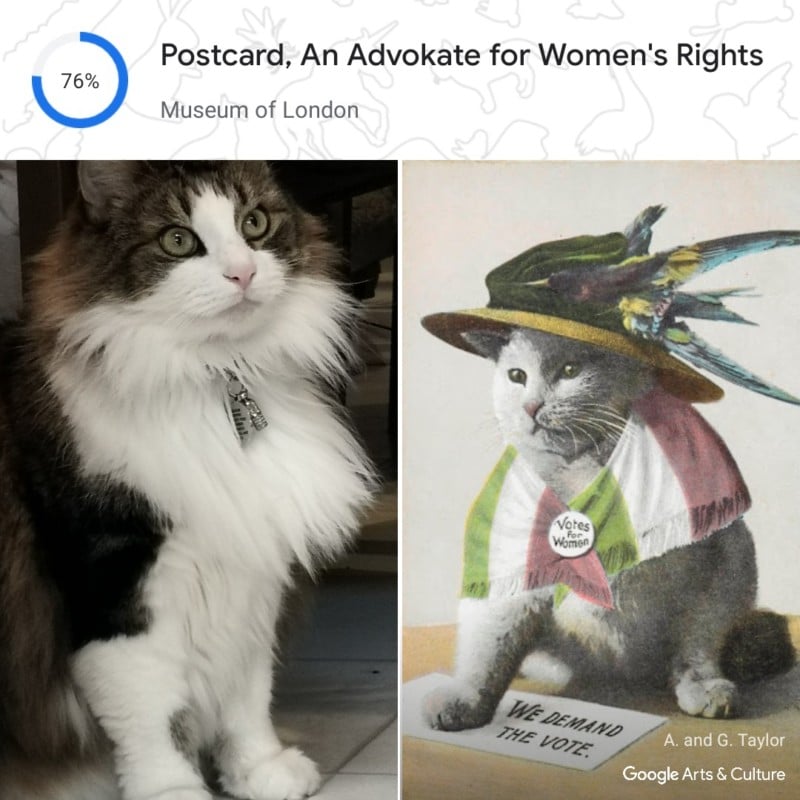 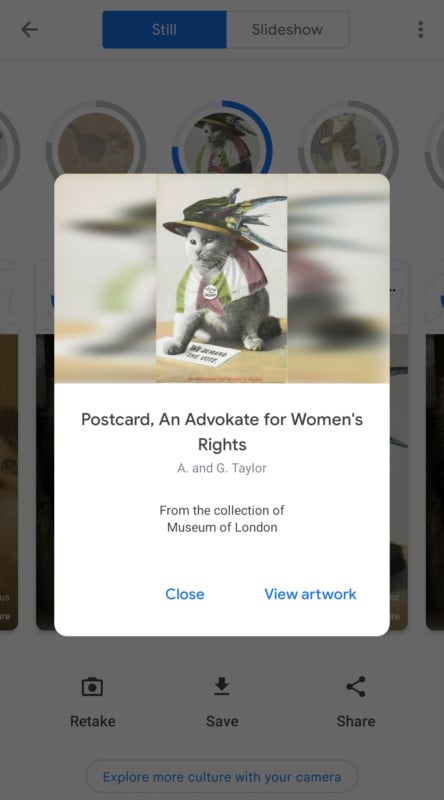 The results will vary and obviously won’t be a “perfect” match every time but it can still be fun to find a beloved pet’s doppelgänger featured in a historical painting or as a statue.

After briefly testing the feature, PetaPixel can confirm that the app works well in identifying the pet found in the photo and will zoom in for a close-up. It’s best to have the pet clearly visible in the photo and facing the camera, otherwise, the app can give some questionable, although often hilarious, results. 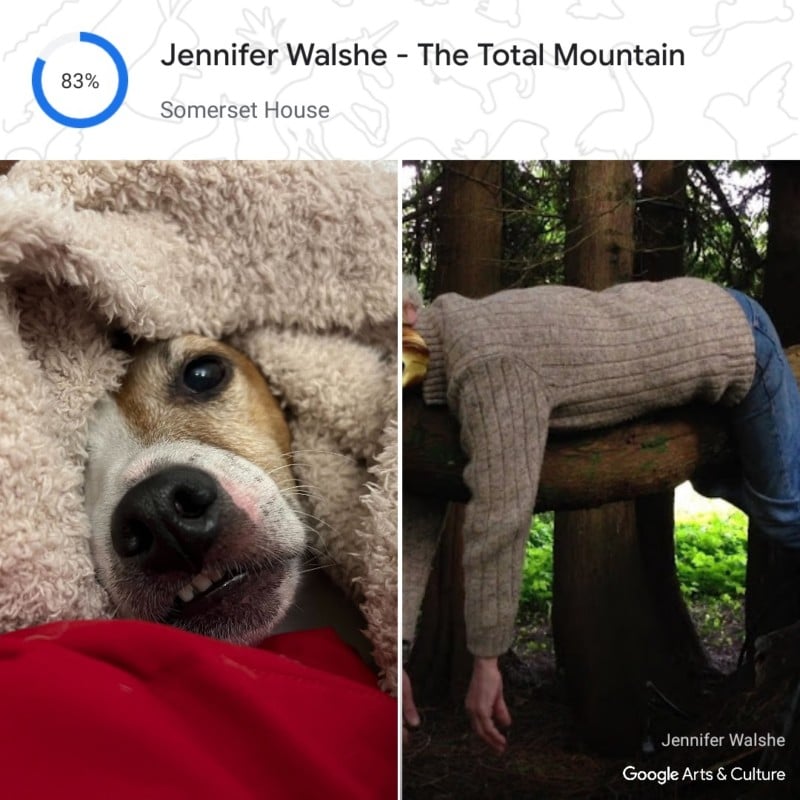 This new “Pet Portraits” addition joins other interactive features already found on the app, such as “Art Transfer” which transforms a photo using styles of classic artworks, “Color Palette” which helps users find art by using the colors based on an uploaded photo, as well as other immersive experiences such as “Art Camera” for the exploration of high-definition artworks, “Virtual reality tours,” and others.

The feature can be found on the Google Arts & Culture app, available on iOS or Android for free.