French artist Thomas Blanchard has produced a creative macro film that features the natural world of both the lifecycle of delicate butterflies and gorgeous detail of carnivorous plants in action.

Originally from Lyon, Blanchard is a self-taught video artist who explores a variety of themes and mixes arts and has had his work exhibited around the world. Blanchard’s work has expanded into sports and music videos and slow-motion, but macro work, particularly timelapses, is where he says he gains the most pleasure.

His latest project, titled “-N- Uprising ‘The Green Reapers,'” is an experimental macro film that mixes 8K insect clips and carnivorous plant timelapses in one. It took him four months of patience to complete the film, but projects that take a lot of time are where Blanchard thrives, he tells PetaPixel. 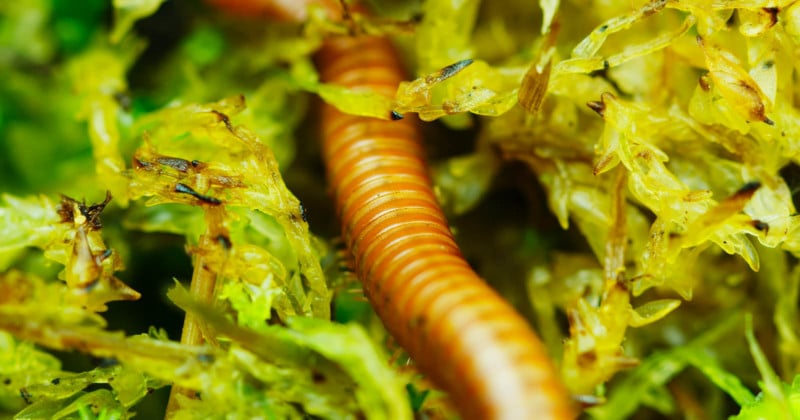 Having already explored the cycles of nature by creating macro projects of insects and plants, Blanchard wanted to add something unique, but also realistic and immersive, to his next project and opted for carnivorous plants.

“Little Shop of Horrors” — a late 1980s movie that featured a man-eating plant — was an inspiration for Blanchard, as was “Honey, I Shrunk the Kids.” The added music and sound design by Alex Dehimi added an extra layer of reality with noises that accompany the movements of insects.

When Blanchard planned his project, he started with the lengthiest part of the process: the timelapses of the plants, which he says are more difficult than similar clips that feature flowers. He says that the difficulty is because it takes at least a week to see the evolution of growing carnivorous plants. For these shots, Blanchard set his camera to take a photo every seven minutes for three months. 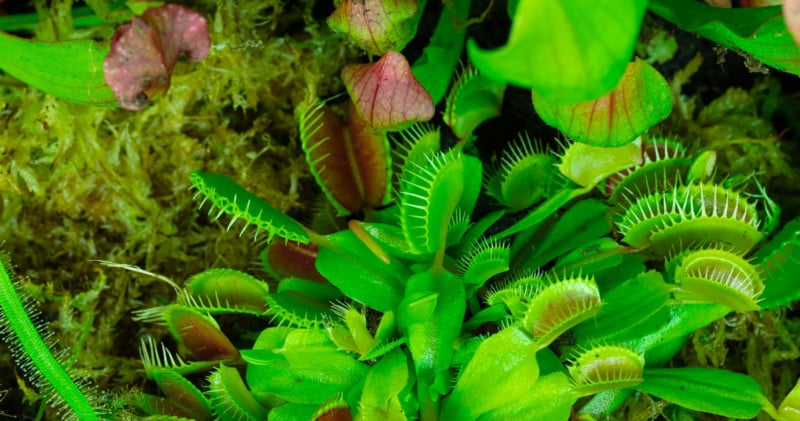 The next part involved filming the butterflies emerging from a chrysalis, which is one the transitional stages in the butterfly life cycle before they become adults. This was the most difficult stage of the project because he had to wait a whole night for the butterfly to emerge. But once it happens, he says it is a very fast process that is easy to miss. 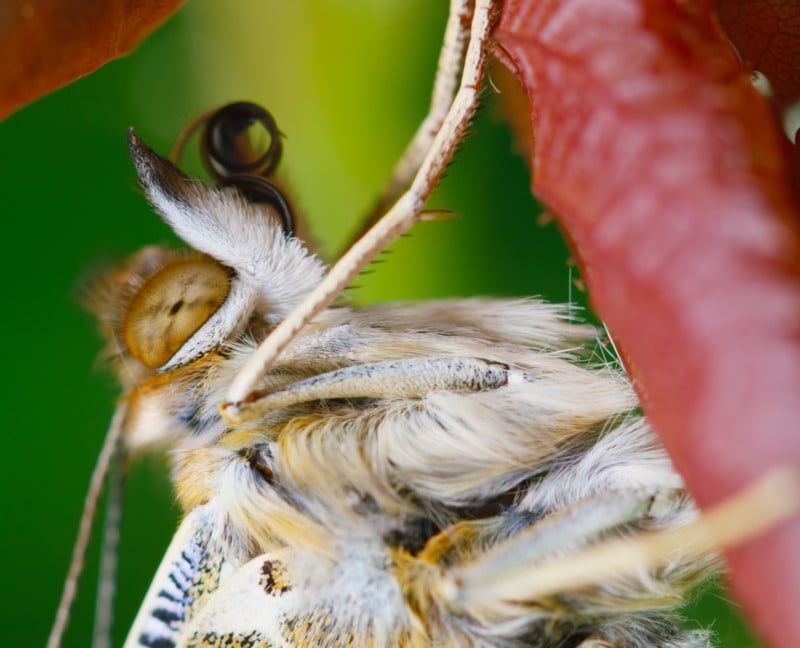 Blanchard filmed the insects with a RED Helium 8K camera with a Canon 100mm f/2.8L and a Canon MP-E 65mm f/2.8 1-5x Macro lens, while the carnivorous plant timelapses were shot with a Canon EOS 5DS R.

When considering a future project, Blanchard has his eyes set on a star timelapse. Although there are plenty of beautiful timelapses of stars that have already been made, Blanchard hopes to find a creative angle that will allow him to make his film “a little different” from what is already out there.

More of Blanchard’s work can be found on his website and Vimeo.

Image credits: All images by Thomas Blanchard and used with permission.