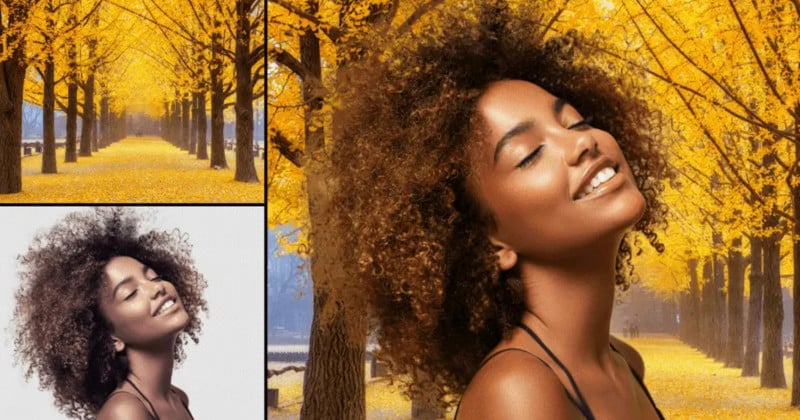 Adobe has announced a major feature release for Photoshop across platforms, ranging from enhancements on the main desktop app through new capabilities in the Photoshop Express smartphone app and the Chrome and Edge browser-based program.

Using the Sensei AI machine models, Adobe has significantly improved the Object Selection Tool in Photoshop. Users can simply hover over the object they want to highlight and select it with a single click.

The tool can detect most objects within an image, but Adobe admits it’s not capable of detecting everything yet. If any objects are not detected or are only partially detected, users can click and drag a marquee over any of the unselected areas to clean up the selection. 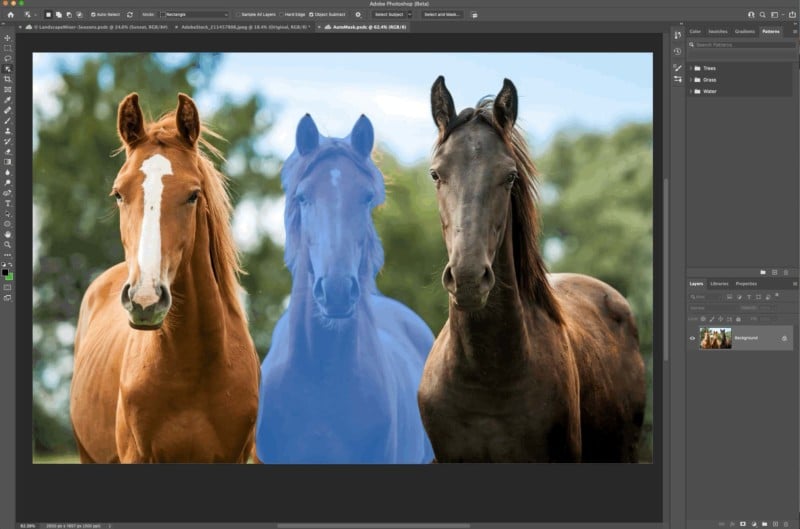 Another time-saving tool that has been added is a new menu item that leverages the smarts of the Object Selection tool. Users can choose a layer and click “Mask All Objects” to quickly generate masks for all the objects that are automatically detected within a layer.

The Neural Filters tab, introduced last year, has also been improved with new non-destructive artistic and restorative filters. A concept of “beta” filters has been added, along with new feedback tools to improve the precision and outcome of the filters.

The three new beta filters include “Landscape Mixer” which allows users to create entirely new scenes by combining any two landscape images together, “Color Transfer” which allows using a reference image to transfer the color to the original image, and “Harmonization” filter which matches the color and tone of an element on one layer to another layer using Adobe Sensei. This helps create realistic composites by intelligently adjusting the hue and luminosity.

Other improvements in the Neural Filters section include an enhanced “Depth Blur Filter” which now allows adding grain to the added blur to create a natural blurred background and other updates.

The Photoshop update also brings more naturally blended gradients with three options — “Classic Mod” which utilizes gradients the same way as the software has displayed them so far, “Perceptual mode” which displays gradients the most closely to how humans perceive light to blend together in the physical world — and is also the new default — and “Linear mode” which is a setting often used in other applications, including Illustrator, and will display gradients closer to how natural light appears.

Adobe says that Photoshop on the desktop has received numerous other improvements, including more third-party plugins and Illustrator interop which allows copying and pasting vector shapes while maintaining editable attributes in Photoshop like fill, stroke, blend mode, and opacity, and others.

One of the top requests for Photoshop on the iPad has been implemented and users can now import and adjust raw photos from iPhone 12 and iPhone 13 Pro or from digital cameras. Photoshop on iPad now supports any camera raw file that ACR currently supports. 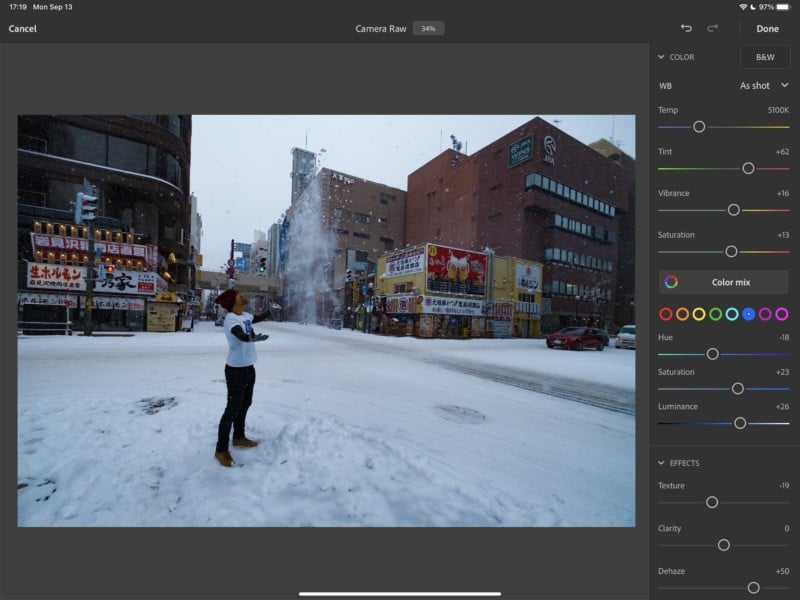 The new software update also allows Smart Objects to be converted into layers so that transformations and filters stay non-destructive, with smart Objects on iPad featuring the same properties as they do in Photoshop on desktop. 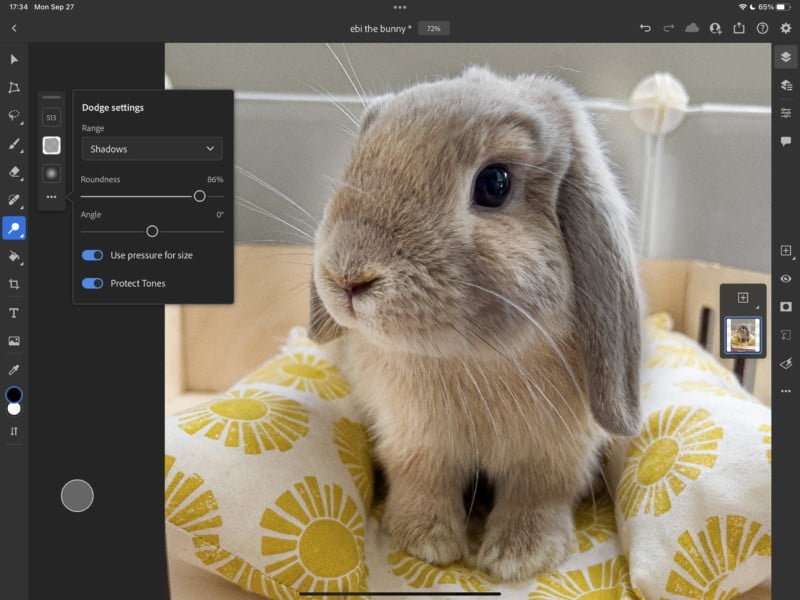 The all-in-one mobile photo editing app, which is available for free, has received a few updates, too. Earlier this summer, Adobe launched Retouch on iOS for tools designed for face and selfie editing using Adobe Sensei AI.

In addition to skin smoothing, content-aware healing, face-aware liquify, and other tools, Adobe is developing a Makeup toolkit with the first editing option revealed as “Lips.” This tool allows users to alter the appearance of the subject’s lips using a refinement tool with control points.

The other update is the improved Smart cut tool which can automatically detect edges of different objects that are part of the original image and users can select two or more objects to cut and place in a new image. Additional refinements can be made with a brush. 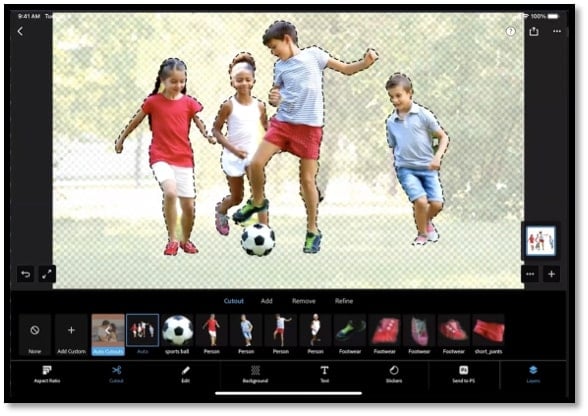 For all other Photoshop updates that extend beyond photography, Adobe has additional information on its blog.