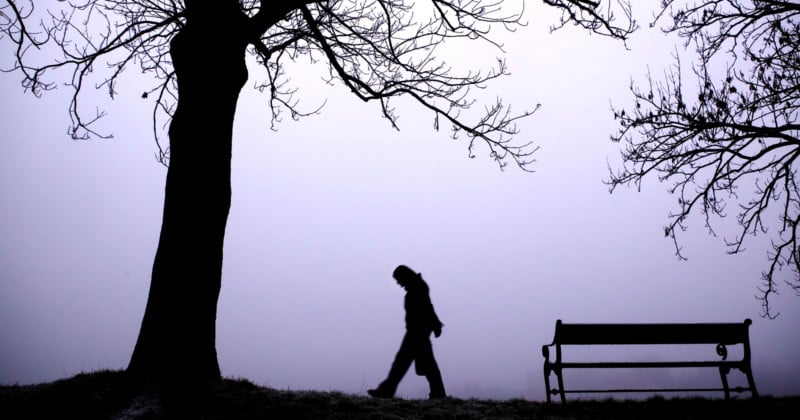 In the corner of my living room lives my piano, a cat tree, and an unassuming black Billingham camera bag containing a film and digital body. The thing that connects the three is that they’re all static objects.

My love affair with photography came from my father. He wasn’t a particularly good photographer, but he was invested in the process and enjoyed documenting life as it flowed by. Often times in the family WhatsApp group, some of the old photos he took with his trusty Canon A1 pop up, a reminder of days gone by. There’s something very real about those photographs, and they’re overwhelming to me.

Today, I connect those photos not to the happiness they are meant to portray, but instead to a deep depression that consumes my entire being.

Just a few short years ago, something clicked.

There is a particular picture that he took of me in the shower when I was about 7 or 8. The curtain had been pulled open and I was there laughing, embarrassed by the entire affair. I look at it today knowing it was a small part of the sexual abuse I suffered for many years that was pushed to the back of my mind until I was nearing thirty.

Photos of this ilk still float around the WhatsApp group, my family reminiscing happily about old times. I’m not capable of speaking up for fear of what an overprotective mother might do to him if she were to find out the truth, so I play along.

The truth is that playing along only serves to put more distance between me and my cameras. Sometimes raising a camera to my eye will trigger a flashback with which I cannot cope. A vicious cycle ensues with the ultimate consequence being self-harm. My scars are as hidden as the truth of my life.

On good days, I can pick up my film camera and capture a few frames, but slowly my work has lost meaning. I’ve been asking myself whether posting to social networks like Instagram is worth it. I’ve reached out to a few friends who have returned a similar verdict; “do it for yourself.”

I recently deleted everything to start over, and I’ve made it to five images. It’s a start. Between uploading these images comes the inevitable peek into my feed of the people whom I follow. I find myself staring at images wondering what it would be like to have an Instagram life, where problems seldom exist and honesty is secondary to the temporary dopamine hit that comes from the gratification of likes.

I cannot afford myself too much time to fantasize if I am to overcome the association between photography and my paedophile father. I hope that I will be able to, and in time feel able to take photographs again.

Between now and then, more scars will almost certainly appear, and my frequent visits to doctors to adjust the cocktail of drugs that help to keep me alive will continue.

For now, my task is to survive.

In the meantime, I have a favor to ask: Please don’t take your passion for photography for granted. I wish my pain on no one.

Editor’s Note: There are ways you can help stop child maltreatment if you suspect or know that a child is being abused or neglected. If you or someone else is in immediate and serious danger, you should call 911. If you are wondering who can report child abuse, what information is included in a report, and what happens after a report has been made, the Child Welfare organization has answers to all those questions on its website.

If you’re thinking about suicide, are worried about a friend or loved one, or would like emotional support, the suicide prevention lifeline network is available 24/7 across the United States.