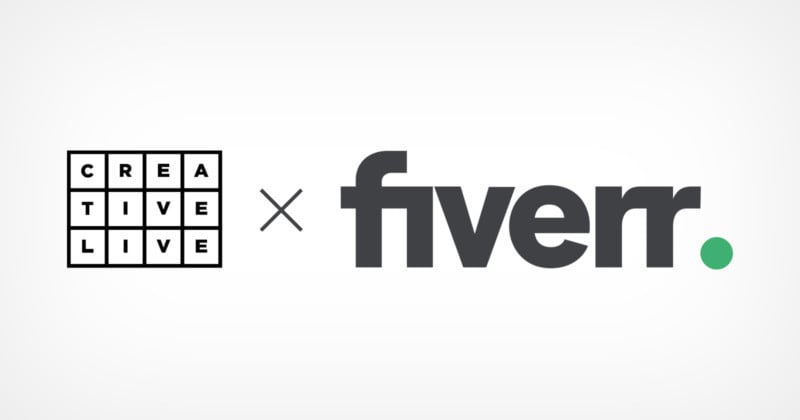 Fiverr has announced that it has acquired Seattle-based CreativeLive which was one of the first major online learning platforms that exploded in popularity in a few years after its launch in 2010.

CreativeLive focused heavily on the photography community in its heyday but has since expanded to design, business, video, marketing, and more and has had a diverse set of instructors including a group of Pulitzer-, Grammy-, and Oscar-winners, New York Times best-selling authors, thought leaders, and entrepreneurs.

Fiverr says that the acquisition of CreativeLive is part of its broader strategy to expand its offerings not just as a marketplace for the creation of online assets, but towards education. Fiverr currently has a service for educational content called Fiverr Learn, but the company says that will be folded into CreativeLive going forward.

“Fiverr is more than just a work platform — we fundamentally believe in supporting the entire freelance lifestyle, and that includes professional education and training. The ability to acquire new skills in a rapidly changing work environment and then be able to monetize them is part of Fiverr’s role in leading transformation for buyers and sellers on our platform,” Micha Kaufman, Founder and CEO of Fiverr, says.

“The acquisition of CreativeLive is part of this broader strategy. Chase and the team’s expertise in creating compelling learning experiences across industries is a natural fit for us as we scale this part of our business. The depth and caliber of the courses that CreativeLive offers are exceptional and we look forward to offering them to our entire community.”

CreativeLive was founded in 2010 by Chase Jaris and currently offers more than 2,000 classes across a variety of creative and business categories. The company claims it has helped more than 10 million people acquire new skills for the purposes of professional or personal growth.

Fiverr was also founded in 2010 and bills itself as a platform at the forefront of the future of work. It offers access to freelancers in more than 500 categories across nine verticals including graphic design, digital marketing, programming, video, and animation.

Fiverr says that CreativeLive will remain a standalone organization under Fiverr and retain and grow its team at its current headquarters in Seattle. Jarvis will remain at its head.

Neither Fiverr nor CreativeLive revealed the terms or value of the acquisition.