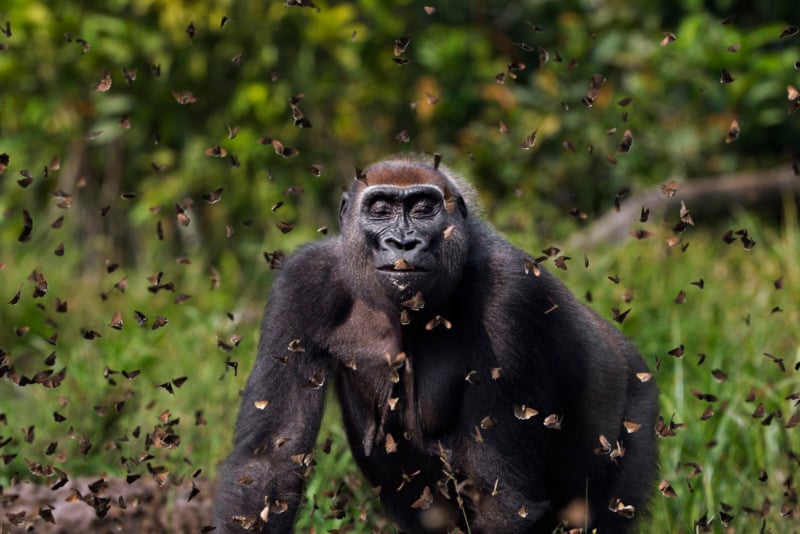 After a one-year hiatus, The Nature Conservancy has resumed its Global Photo Contest and revealed the winning images of this year’s competition.

The Nature Conservancy is a global conservation organization that works in 72 countries and is dedicated to conserving the lands and waters on which all life depends. The organization runs an annual photo contest that aims to “inspire both wonder and exploration of the amazing and incredible world around us.”

Although it had to temporarily suspend the competition due to the onset of the COVID-19 pandemic, the competition has now returned and has received entries from record-breaking 158 countries.

Our 2021 Photo Contest gave us a glimpse into nature around the world. Take a look at the unique views and read the stories behind the winning photos. Our judges’ picks are now LIVE 📸https://t.co/IDzYoB2TDq.

This year’s winning images were selected by a panel of judges that included American singer-songwriter Ben Folds, who is also an avid photographer and a member of the Sony Artisans of Imagery. The winning photos were carefully selected from over 100,000 submissions from across the world

Images were judged in four categories — Landscape, People and Nature, Water, and Wildlife. The competition also awarded a “People’s Choice” title. The grand prize was a camera package valued at $4,000, while each individual first and second-place category winner received gift cards.

Selecting winners from such a large number of submissions wasn’t easy. “We had to make some hard decisions and compromises amongst ourselves, but when we finished, we had a group of winners that I feel encompasses the global talent that our contest represents,” says Alex Snyder, 2021 Global Photo Contest Judge. “These images allowed us to travel the world and gain a greater perspective of our planet.”

The grand prize of the competition was awarded to Anup Shah from the United Kingdom for his photograph of a female western lowland gorilla walking through a cloud of butterflies.

“I like photos that keep dragging you in,” says Folds about the winning image. “The face. Tolerance or bliss. It’s really hard to tell and the insects draw you there.”

Prathamesh Ghadekar, from India, received the “People’s Choice” award for a photograph of fireflies congregating in a tree just before a monsoon. This image consists of 32 frames, each with a 30-second exposure, stacked together in Adobe Photoshop.

The first prize in this category was awarded to Daniel De Granville Manço from Brazil. It depicts a carcass of a Pantanal alligator in the dry soil on the banks of the Transpantaneira highway in Brazil.

The image was taken with a drone at the height of the droughts that hit the Pantanal region in 2020.

Alain Schoeder’s image of a rescued Indonesian orangutan received the top prize in the “People and Nature” category. The Belgian photographer captured a female orangutan, estimated to be three months old, as she was being prepared for surgery by a team of The Sumatran Orangutan Conservation Programme.

Kazi Arifujjaman, from Bangladesh, was awarded first place in the “Water” category. His monochrome image, the same as a large portion of his portfolio, captures the connection between water and the communities that it serves.

Buddhilini de Soyza, from Australia, won this category with the powerful capture of five male cheetahs who made the decision to risk their lives and cross a river with powerful currents.

Although the photographer thought the dangerous task was doomed to failure, she was relieved to see that the cheetahs safely made it to the other side. Above all else, de Soyza describes the image as a “timely reminder of the damage wreaked by the human-induced climate change.”

“These images are a gorgeous and unforgettable reminder of the vibrancy and awe-inspiring power of nature,” says Meg Goldthwaite, Chief Marketing and Communications Officer for The Nature Conservancy.

“Year after year, we are amazed, delighted, and moved by these scenes from around the world. They remind us how connected we all are on this planet, and they energize us as we continue the important work of conserving the lands and waters on which all life depends.”

The full list of winning images as well as detailed information about the competition can be found The Nature Conservancy’s website.

Image credits: All photos individually credited and provided courtesy of The Nature Conservancy.