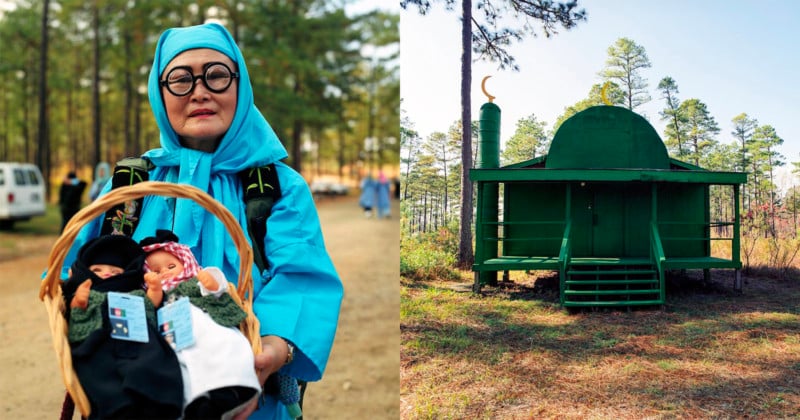 One photographer had documented locations that many may not even know exist — fictitious Iraqi and Afghan villages on the training grounds of U.S. Army bases that are quietly tucked away in forests and deserts.

Prior to learning about pretend villages, Sims was taking part in editorial coverage of Fort Bragg, a military facility in Fayetteville, North Carolina. During one such visit, a young U.S. Army private told Sims that there is a more compelling site to capture and took him to visit a fictitious village for the first time. 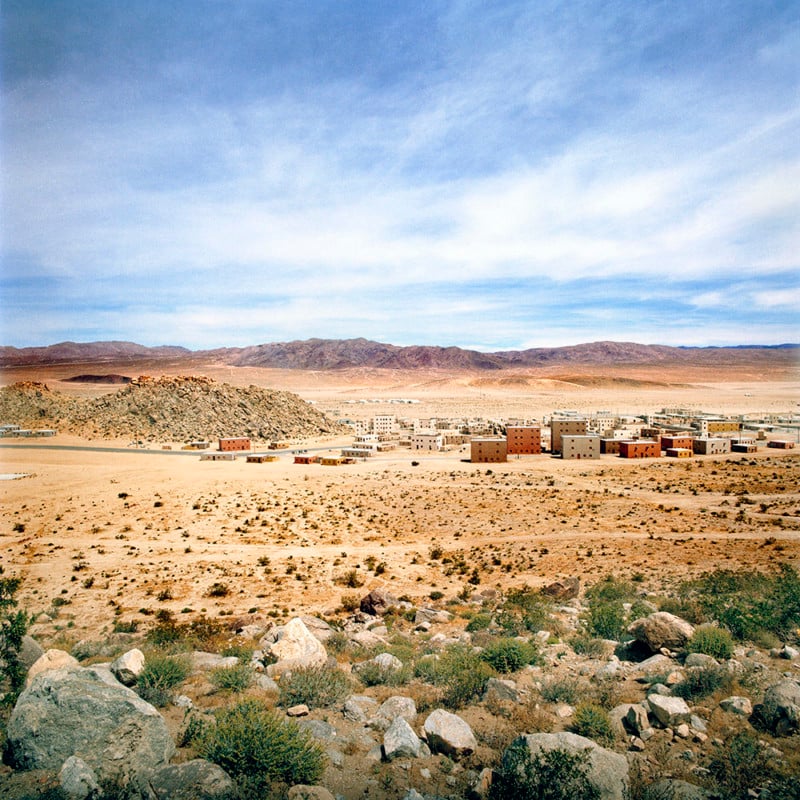 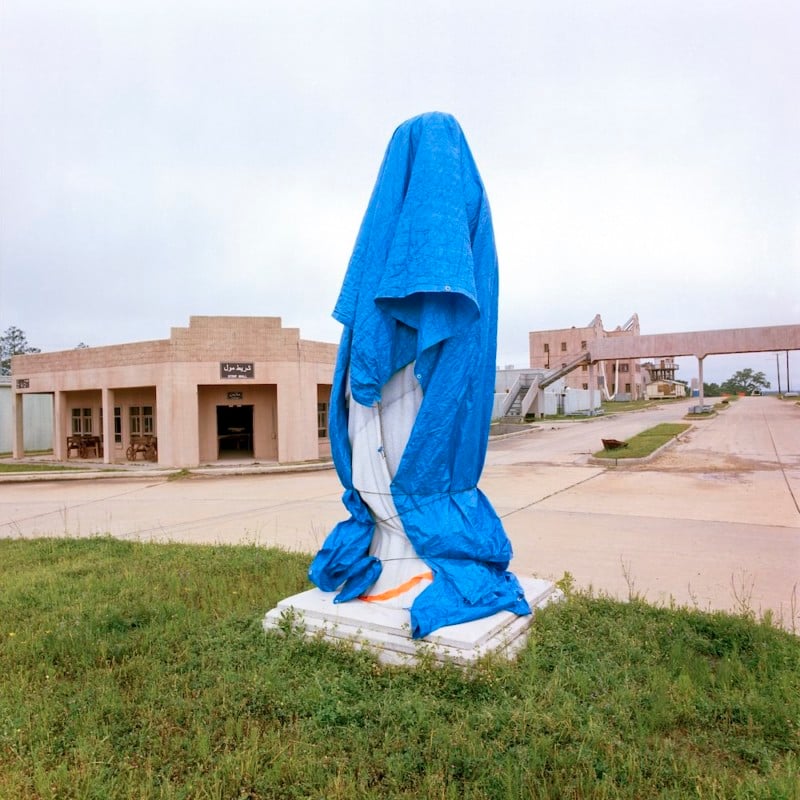 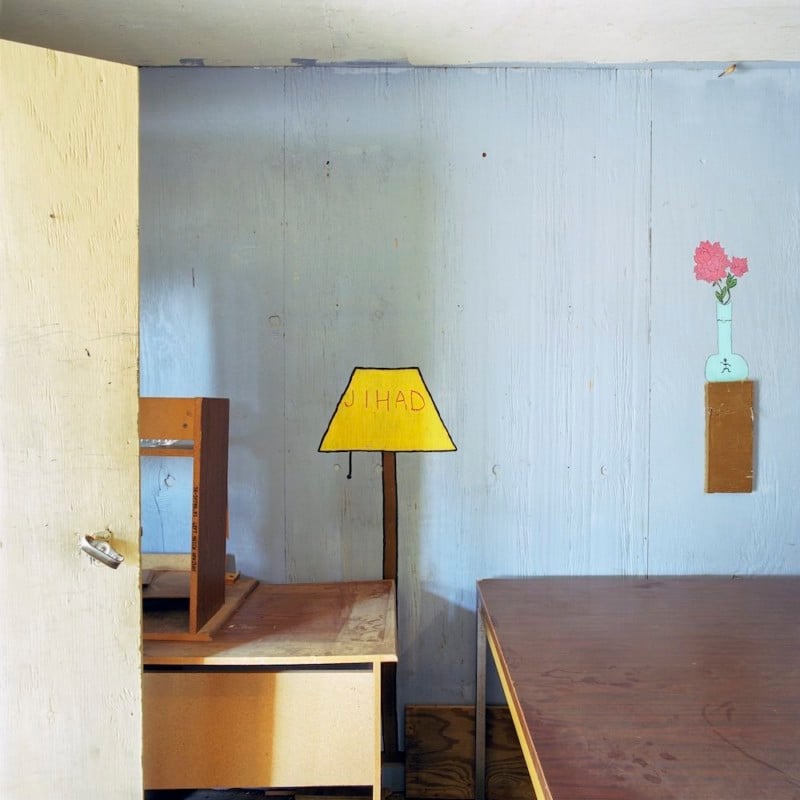 Situated in the deep forests of North Carolina and Louisiana as well as in the great expanse of desert near Death Valley in California, these villages — built as clusters — are spread out over thousands of acres. These villages are referred to by as existing in the pretend countries of Talatha, Braggistan, or “Iraq” — the latter likely accompanied by air quotes and a knowing look.

The purpose of these villages is to serve as a way station for soldiers and personnel who are heading off to war and for those who have fled it. The village consists of pretend villagers, who are often immigrants from Iraq and Afghanistan themselves, and now are employed to play “a version of the lives they have left behind.” 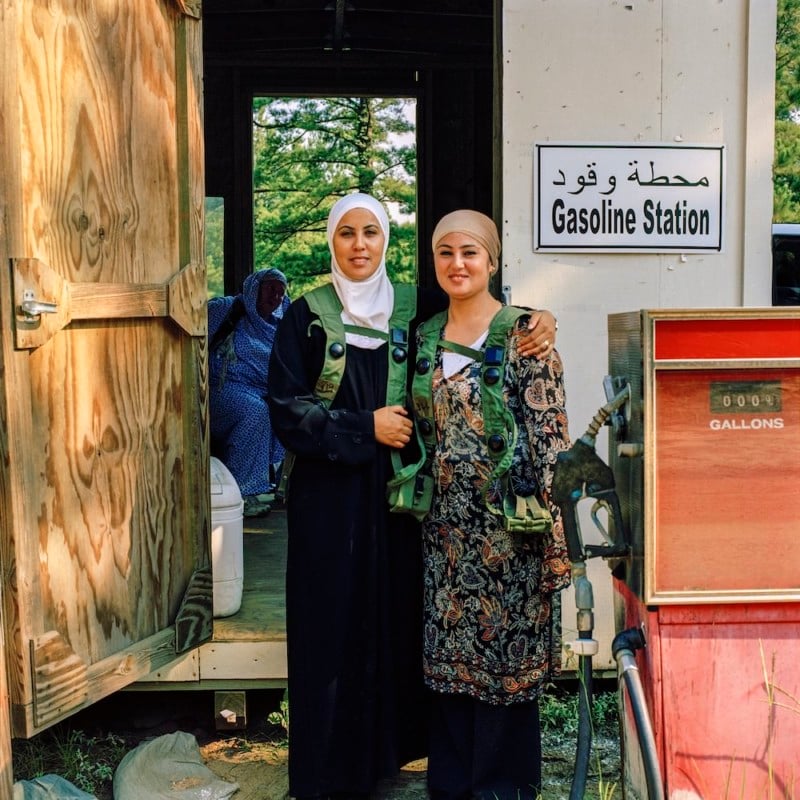 The rest of the village population is created out of local communities near the Army bases, including spouses of active-duty soldiers and military veterans, some of who are amputees and play the part of wounded villagers. Others include actors who play police officers, gardeners, café owners, and more. 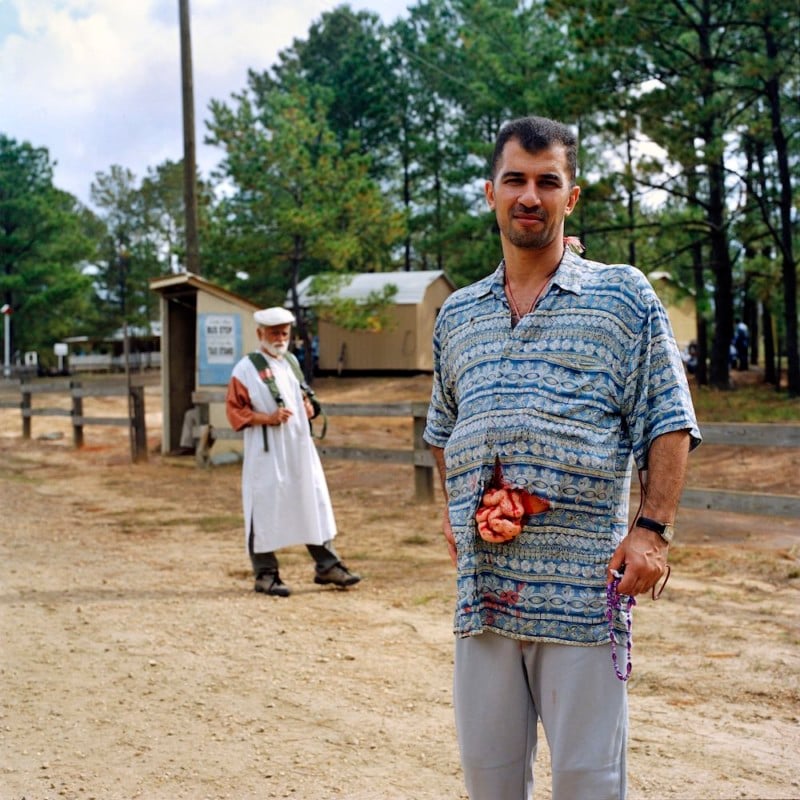 “The villages feel to me like they exist in a fantastical realm of sorts, but they are also worksites for employees,” Sims tells PetaPixel about his “Theater of War: The Pretend Villages of Iraq and Afghanistan” project. “Overall, it’s a rather bizarre combination of elements.” 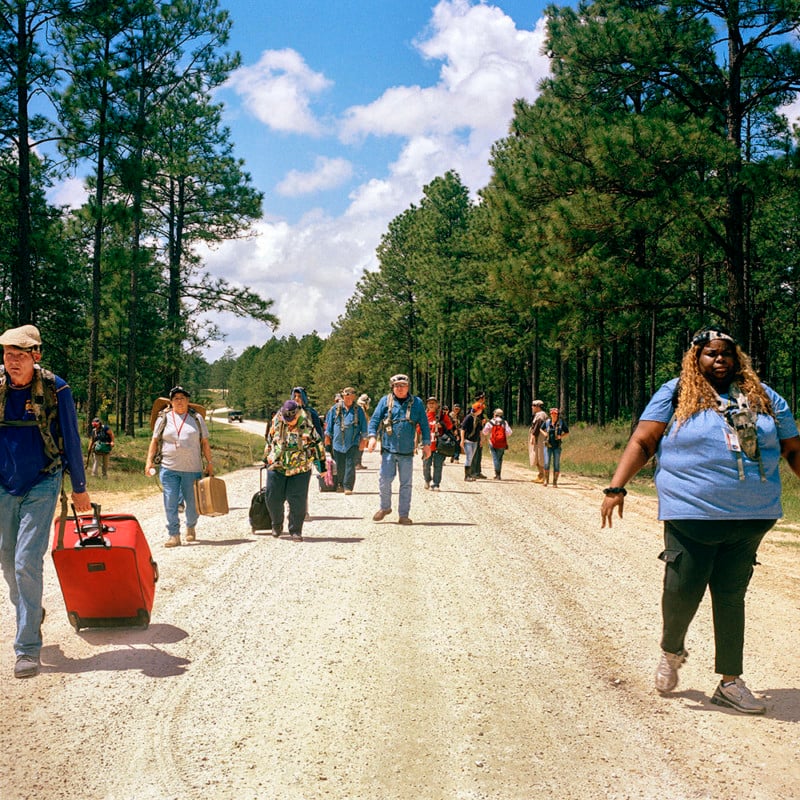 When the role-players are not actively engaged in training exercises, they spend time decorating and modifying their temporary surroundings, “creating architectural spaces that are layered visions of Western and Islamic world views” as Sims describes.

“The role-players are given wide latitude in inhabiting their characters and bring an impressive range of skills, activities, and traditions to their work. The overall effect of the villages is convincingly accurate and sometimes comically misdirected, mundane, or nightmarish,” he says. 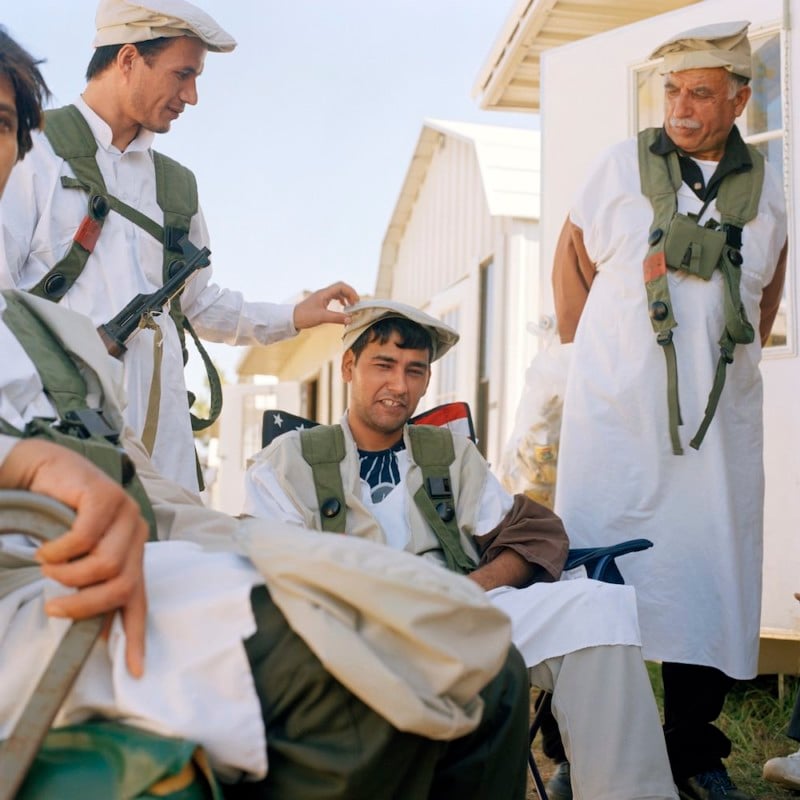 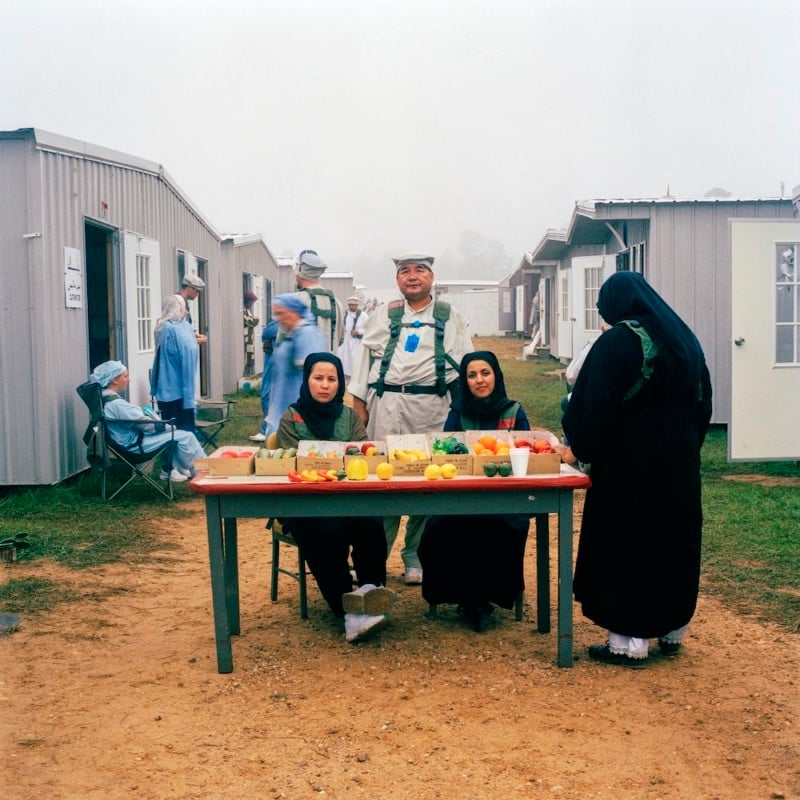 So far, Sims has visited most of the pretend villages which are located on different bases throughout the country. For this project, he was granted access through the military’s public affairs offices and once even replied to a call for participants to be journalists for the International News Network — the military’s version of CNN.

Sims quickly got into the role of a pretend war correspondent and in exchange for performing it, he was given the opportunity to hitch rides around the training area and go photograph places that he hadn’t been able to access before. 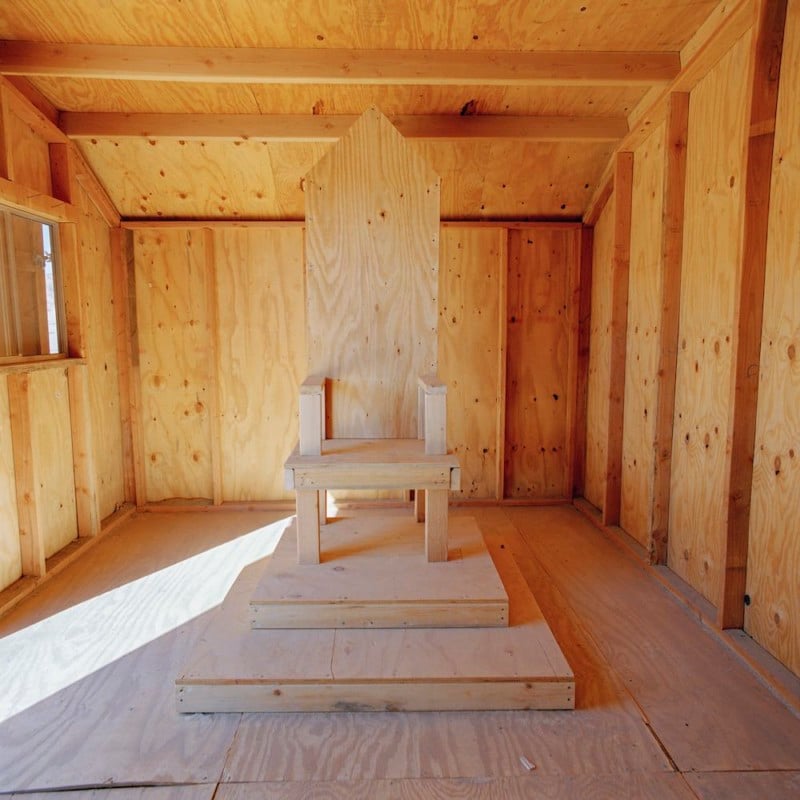 “What did Americans think these distant lands and cultures where we were fighting were like? How are these wars present in our own day-to-day lives in the United States? Who do we believe to be our ‘enemy,’ and how do we imagine their lives? And how are these twenty-first-century wars, and our military’s preparation for them, hidden and not seen by US citizens, in a democracy?” 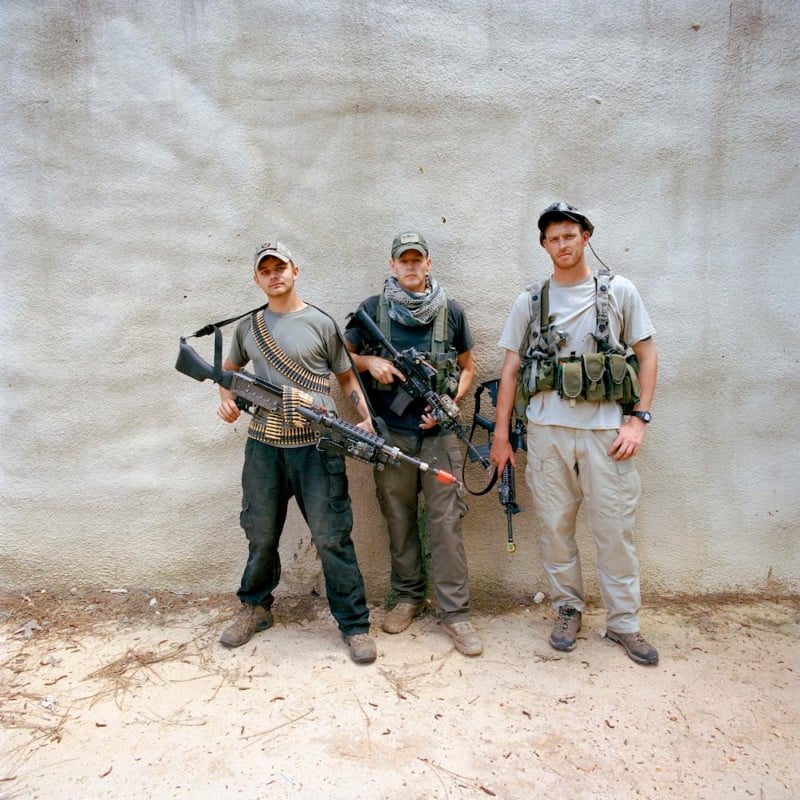 Sims has also captured Guantánamo Bay and both experiences bear similarities, he says. He felt that on both occasions he was documenting from the backstage, observing the global war on terror — or the “forever wars — whilst also trying to make sense of where his photographs fit in this narrative.

More of Sim’s work can be found on his website, including additional information about the “Theater of War: The Pretend Villages of Iraq and Afghanistan” project.

Image credits: All photographs from “The Pretend Villages” by Christopher Sims and used with permission.