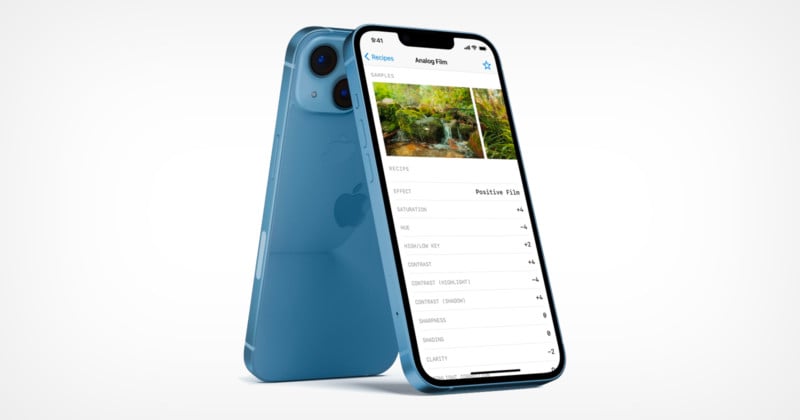 The same developer who created a free app that lists over 150 film simulations for Fujifilm is back at it and has published over 40 such simulations for Ricoh GR cameras.

The Ricoh Recipes App is now available to download for both iPhones and Android devices and was developed by Ritchie Roesch who is the creator of the Fuji X Weekly blog, but he has clearly branched out from Fujifilm. His app contains recipes made for the Ricoh GR, GR II, GR III, and GR IIIx and each contains an assortment of image samples.

Within each recipe, there is also a place where users can keep notes and the app will work offline, meaning that recipes can be accessed regardless of location or connection to the internet. At the time of publication, the app contains a total of 40 recipes: 20 for Ricoh GR and GR II cameras, and 20 for the GR III and GR IIIx. The recipes are listed as not compatible with the GR Digital (otherwise known as the GRD) cameras. 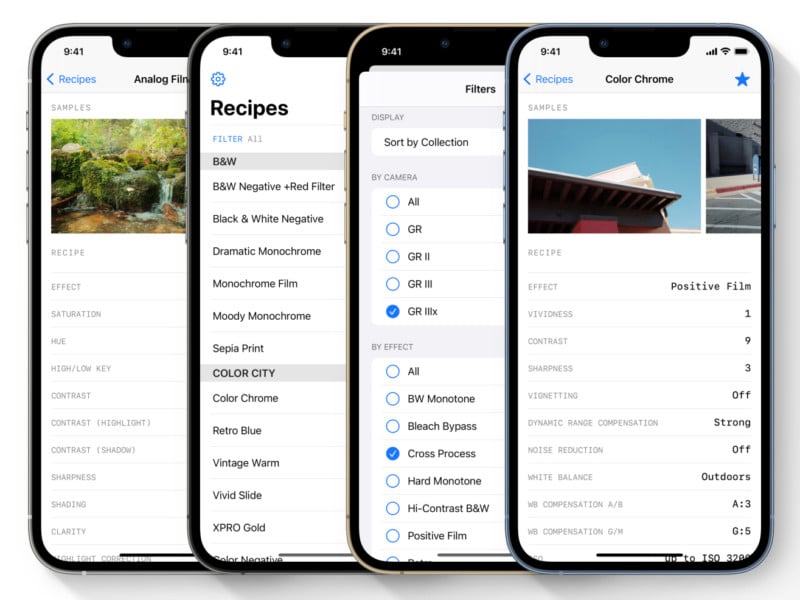 “The Ricoh Recipes App is a handy tool for street, travel, and documentary photographers, and an essential app to accompany your Ricoh camera,” Roesch says.

The app is free but does have additional features that become available for those who want to support Roesche by becoming a Patron of his app. These advanced features include filtering by the camera, as well as by Effect or color/black and white. It additionally allows sorting by Collection and the ability to favorite recipes for quick access. There’s also a bonus recipe in each Collection, which means that Patrons have access to a total of 48 recipes.

This pricing format is similar to the format for Roesch’s Fujifilm film simulations app which locked seven recipes behind a paywall but gave the lion’s share of the simulations away for free. Also in both cases, the apps are truly free and do not include any type of advertising.

Roesch has already shown an intent to support the apps as he has already pushed an update for the Google Play version.

The apps are available immediately on the Apple App Store and Google Play.