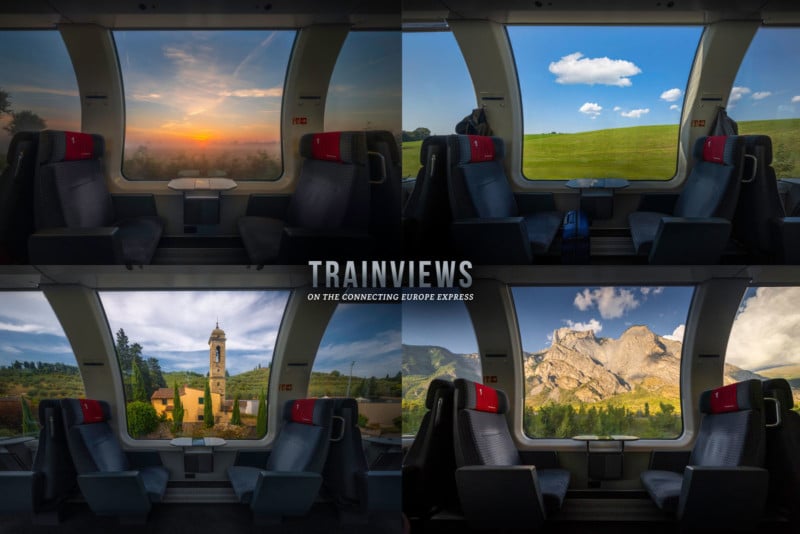 Trainviews is a little project I did during my train trip on the Connecting Europe Express in September 2021. This train brought me all the way from Lisbon to Bratislava while visiting a different city every day in just 9 days’ time.


The project Trainviews came to my mind a few days into the trip. As I was spending many hours in the train every day and I was often sitting in a coach that was half empty, I thought it was an interesting idea to basically just set up my tripod in the train pointing out of the window and trying to catch interesting scenery along the way. As we were crossing many different landscapes these 9 days on the train, I wanted to create a series showing the different sceneries.

The goal of this series is to show the beauty along the railway in Europe. Train travel is fast, comfortable, and sustainable and the great thing is that you can do work along the way while enjoying the ‘trainviews.’

Technical difficulties while shooting this series:

Timing: This was the most difficult thing. As you can see in the photos I managed to get some objects right in the middle of the window. These were very difficult to ‘catch’ as the train was mostly moving quite fast. My timing for these photos needed to be perfect. I didn’t use ‘burst mode’ on the camera, as even then the timing could be slightly off. I simply waited for the perfect moment to press the shutter.

Reflections: It was not always possible to shoot as reflections in the windows were sometimes too strong. In general, it was okay. I removed some annoying reflections in postprocessing in some of the images.

The setup I used was the Sony a7R IV full-frame mirrorless camera with the Sony 12-24mm GM wide-angle lens. 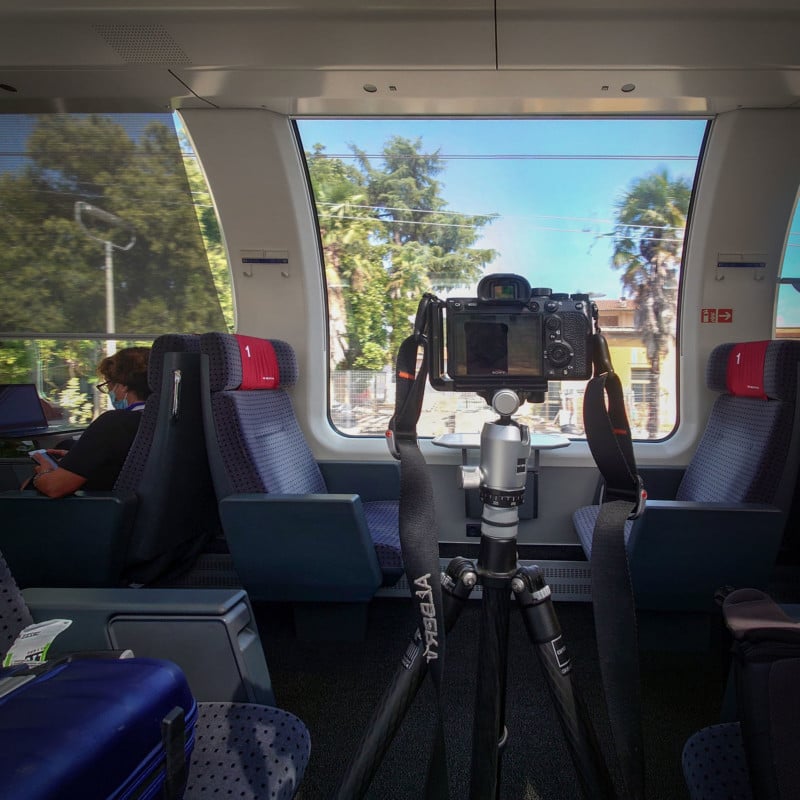 I hope you enjoyed these photographs!

P.S. This side project was done while on the train with the Connecting Europe Express to promote the 2021 EU Year of Rail. I wrote a separate article with lots of images on this trip over on my website.

About the author: Albert Dros is an award-winning Dutch photographer. The opinions expressed in this article are solely those of the author. His work has been published by some of the world’s biggest media channels, including TIME, The Huffington Post, The Daily Mail, and National Geographic. You can find more of his work on his website, or by following him on Facebook and Instagram. This article was also published here.