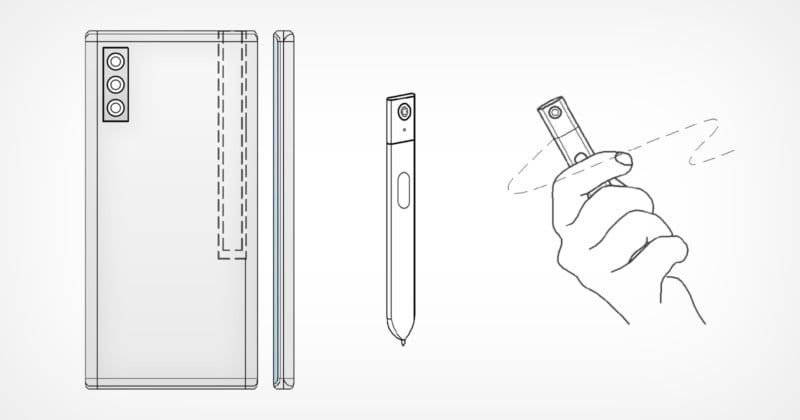 Samsung has designed an S Pen with an integrated smartphone camera that would give its Galaxy line of phones more ways to capture photos.

According to a new patent discovered by LetsGoDigital, Samsung has created what it describes as a “portable terminal including separable camera” that shows how it would integrate a detachable camera into its popular S Pen. The design for the pen is accompanied by what is otherwise a normal-looking smartphone that does not appear to feature any kind of selfie camera.

Instead, Samsung has integrated a camera into what looks like the same form factor as its detachable S Pen, which can be removed from a sheath near the top left of the device. The patent describes a set of magnets that would prevent it from accidentally becoming detached when in this position. It also describes the ability for Samsung’s nibs to be attached to one end of the detachable piece, which would make it both a camera and a usable S Pen. 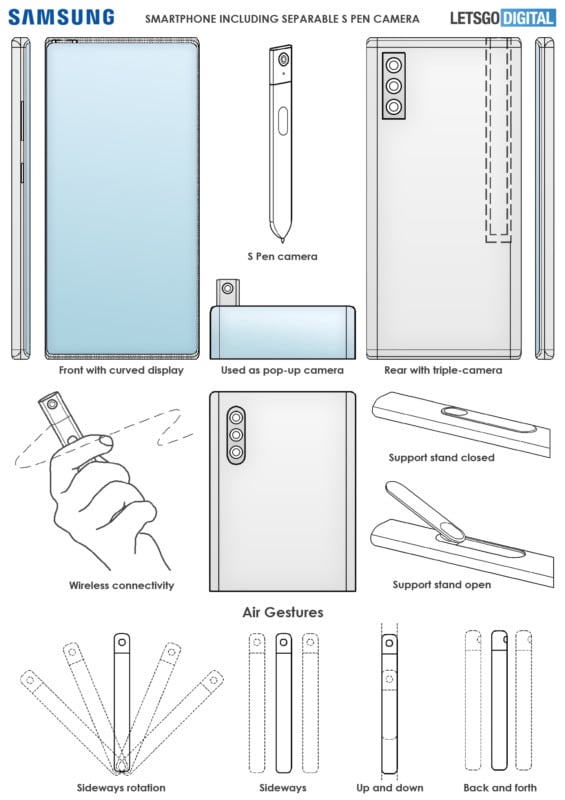 The rod-shaped design is not only one that works well for writing or drawing but also one that is easy to hold — similar to a small selfie stick. It should be noted that this particular design shows an S Pen that would be wider and thicker on one end than the current S Pens, which are more cylindrical. This design is more akin to a construction pencil and while different, are not notably less comfortable to use. Additionally, that extra flat space allowed Samsung to build-in a stand in addition to a button that makes it possible to set the camera down on a surface and operate the camera independently of the phone.

That said, the pen doesn’t have to be fully removed in order to work. The patent states that the camera can also be just slightly popped up from its housing to operate as a typical selfie camera, as shown in the set of illustrations below from the patent and compiled by LetsGoDigital. 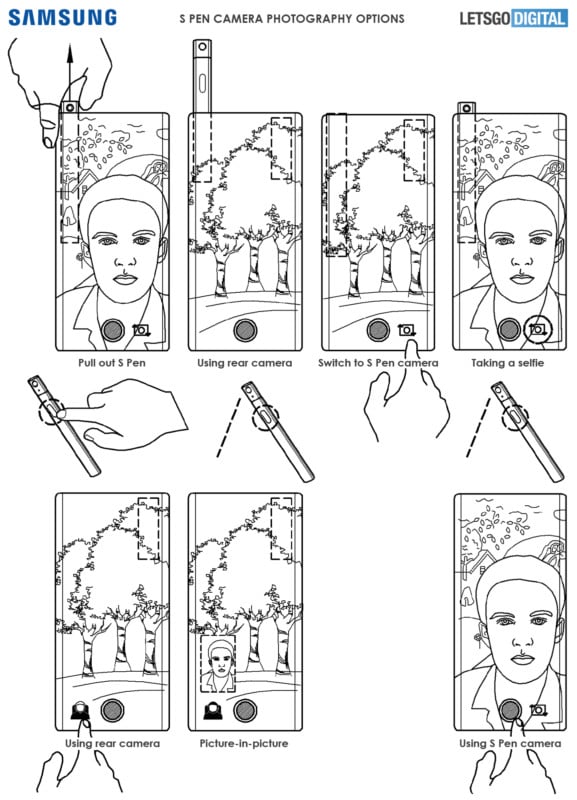 In another possible design shown in the patent, Samsung may also toy with the idea of integrating the entire rear camera array into the pen, which would make the higher-quality rear-facing cameras usable remotely as part of the removable pen. 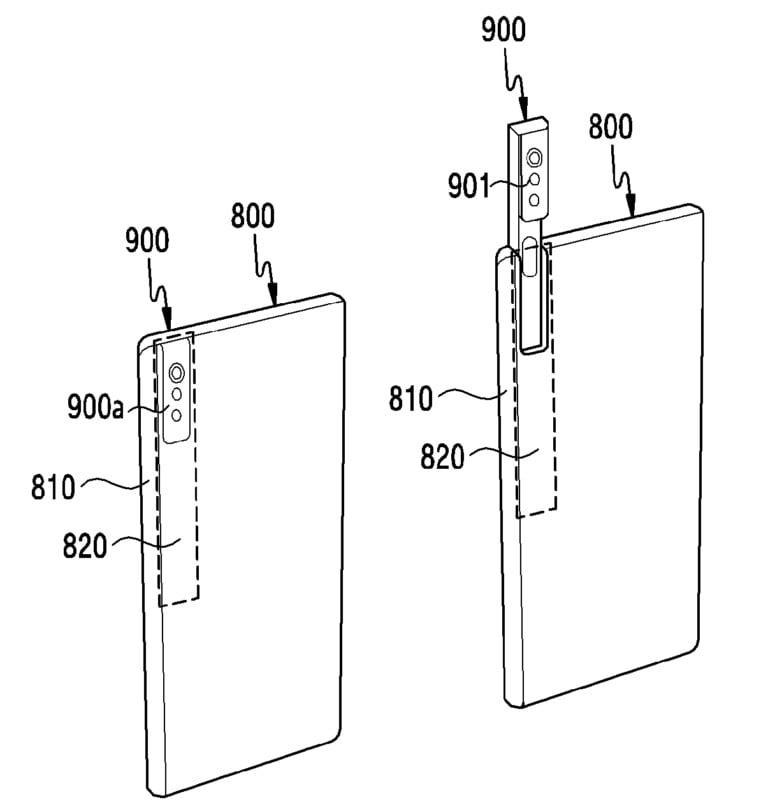 Samsung is easily the most well-known smartphone brand to continue to offer a stylus as part of its flagship smartphone lineup, which does put it into a unique position to try different things with the pen system. Integrating a camera into the pen would allow the company to not only bypass issues with under-display cameras but also provide additional uses for photography. What’s more, while modular and replaceable cameras aren’t a new idea in smartphones, attaching one to a larger piece like an S Pen would probably result in fewer instances of loss.