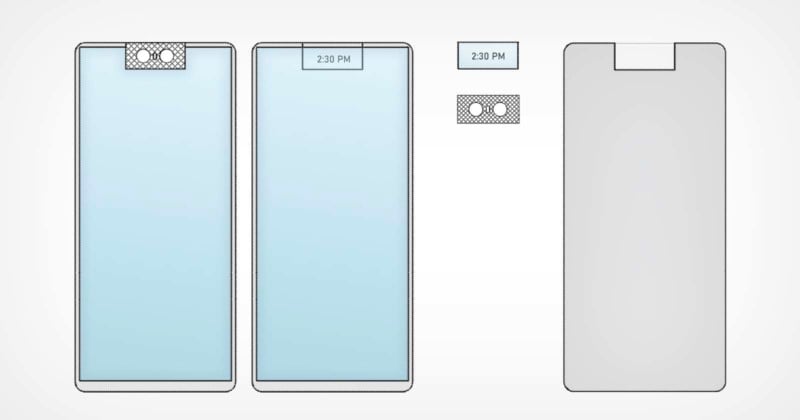 Vivo has designed a smartphone camera that detaches from the main body of the phone and takes a piece of the display with it, a curious design decision that allows the main cameras to be used for selfies… and more.

This new design appears to be an advancement on one that the company showed off in October of last year. That design concept went on to win a Red Dot Award, but it never became a consumer purchasable product. It appears Vivo didn’t just rest on its laurels, however, and iterated on the design further.

Having the camera pop out of the phone and also be entirely removable would make it possible to allow the device to interchange with other camera modules. By separating the camera from the phone, the idea is that the design would enhance user-friendly shooting features that are normally constrained within the design of a mobile device. 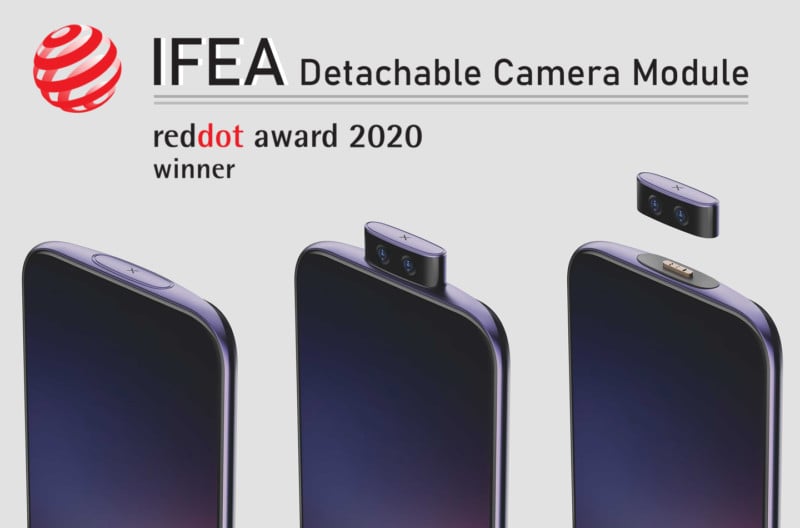 This latest iteration ditches the pop-up feature and instead integrates the camera module with a piece of the display. According to the patent — which was found and illustrated by LetsGoDigital — this design would allow the camera to be used in three different ways.

The first mode would allow the module to be positioned so the secondary display — which is about the size of an iPhone front-facing notch — faces the front. The pixel density of this secondary display is identical to that of the smartphone’s main display, so it blends into the main screen as if it was one seamless display. 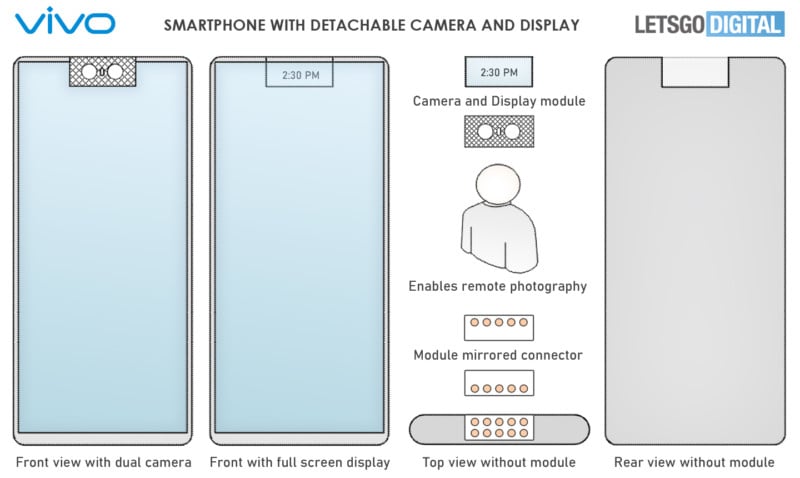 The second mode involves flipping the module around 180-degrees so that the cameras face the user. The main benefit of this orientation is that it allows the use of the main cameras as selfie cameras.

Finally, the third mode involves removing the camera and display piece from the body of the smartphone entirely for remote operation. In this mode, the module can be used separately from the smartphone and the tiny display can be used to take pictures remotely. That small screen piece can be used to operate the camera and also see previews of photos or videos that are captured with it. Theoretically, it should also be possible to control the unit remotely with the main body of the smartphone to take wide-angle selfies with groups that would otherwise not be possible from a hand-held orientation — for example, a user could set the module down on a bench or other surface and take a remote photo of themselves.

While detachable or interchangeable camera modules regularly come up in designs and patents, it hasn’t been seen in a consumer product yet. While neat on paper, these ideas do have a complication in real-world use: small, interchangeable parts are very easily lost and are likely expensive to replace. While it is unlikely that Vivo will release such a concept in a finished product, it’s still worth noting that the company is investigating new ways to integrate cameras into smartphones.