A newly digitized and colorized newsreel from 1933 is providing the world with a fascinating new look at the Tasmanian Tiger, an animal that has been extinct since 1936.


The National Film and Sound Archive of Australia (NFSA), which collects, preserves, and shares Australia’s audiovisual culture, released the 1-minute video this week after it was colorized by Samuel François-Steininger of the French visual effects studio Composite Films.

The original black-and-white footage was captured in 1933 by zoologist and naturalist David Fleay. It shows Benjamin, the last known living thylacine, a carnivorous marsupial also known as the Tasmanian Tiger, standing, sitting, lying, pacing, scratching, and yawning from a number of distances.

The colorized footage clearly shows the Tasmanian Tiger’s distinctive stripes, which give the animal its common name. Although called a tiger, the thylacine was the world’s largest marsupial carnivore and not related at all to tigers.

Benjamin had been acquired by the Beaumaris Zoo in the Tasmanian capital city of Hobart in 1931. He died on September 7th, 1936, marking the end of the species. Intensive bounty-driven hunting and diseases from domestic dogs are considered to be the primary causes of the Tasmanian Tiger’s extinction, which was declared in 1986. 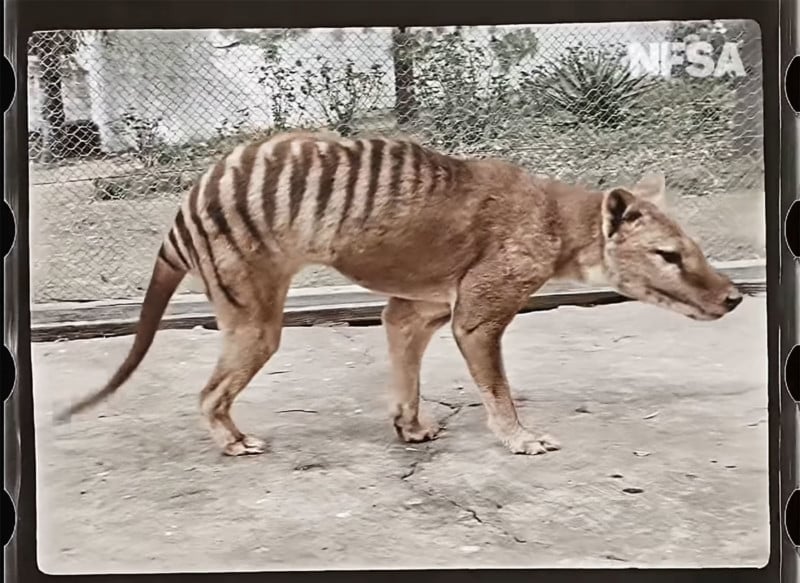 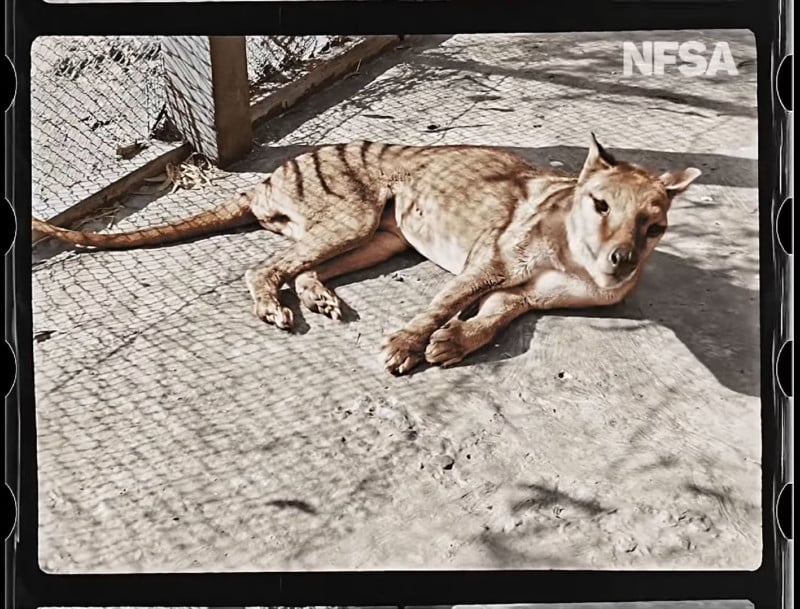 There are less than one dozen surviving films of the thylacine that have a combined runtime of a little over 3 minutes. All of them were shot at either Beaumaris Zoo or London Zoo, which had its specimen die in 1931.

There have been over 200 unconfirmed sightings of the thylacine over the past 85 years. Despite widespread searches, the deployment of camera traps, and even rewards of over $1 million for the capture of a live specimen, there has been no confirmed evidence that the thylacine still walks the planet.