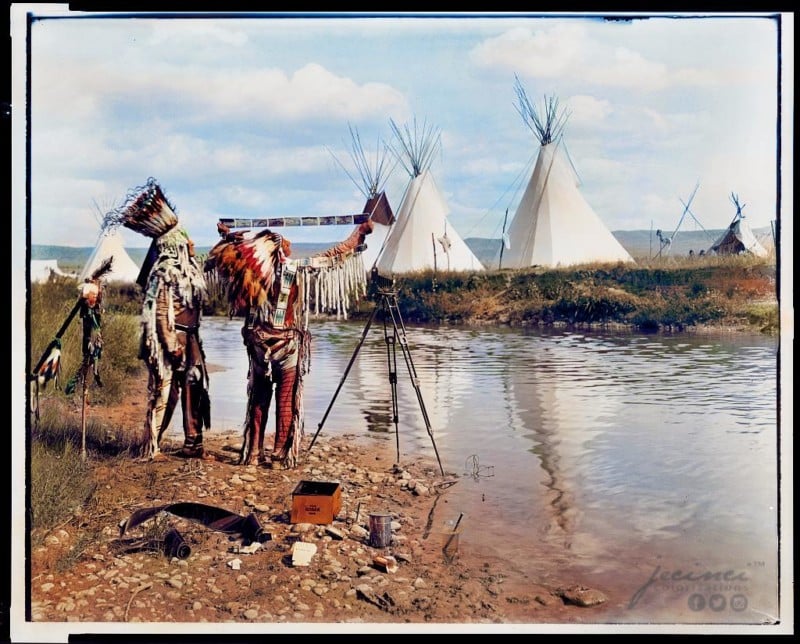 Here’s a beautiful photo from over 100 years ago that shows two Native Americans looking at a strip of photographic film against the sky. It’s a black-and-white photo that was colorized by colorization artist Jecinci.

The photo was captured in 1913 by photographer Joseph Kossuth Dixon during an expedition with department store tycoon Rodman Wanamaker, who sponsored three photographic expeditions between 1908 and 1913 to document the Native American way of life.

Here’s the original image as it’s found in the Library of Congress digital collection: 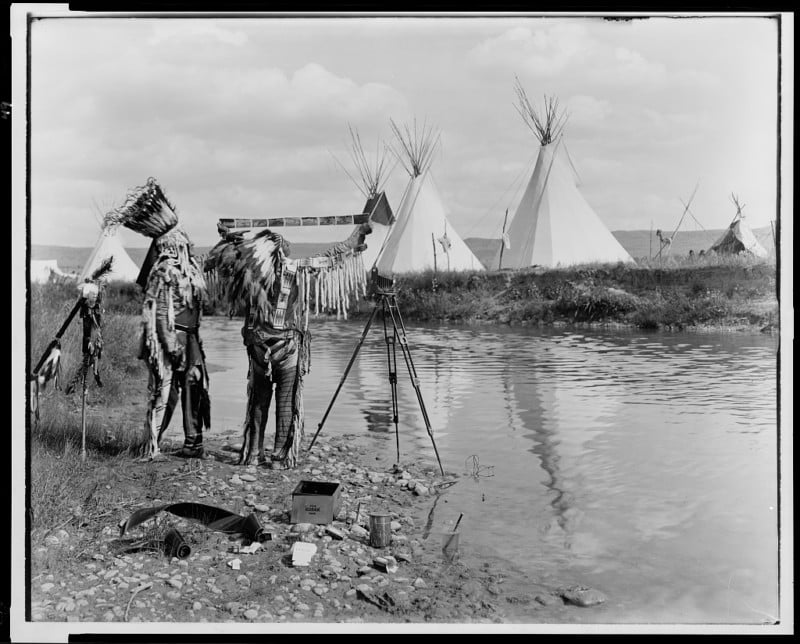 The caption is: “Two Native Americans, wearing feather headdresses, looking at photographic film; they stand next to a stream with photographic equipment at their feet and tipis in the background.”