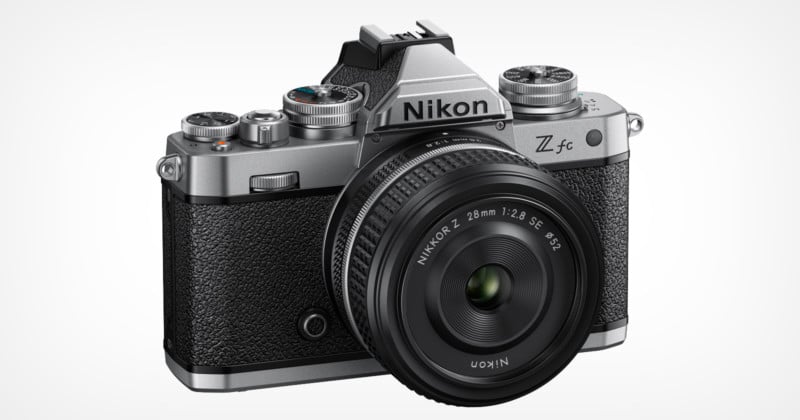 Nikon has issued a third apology over the low stock of the Nikon Z fc camera, but does end on a positive note as it also has said that the previously delayed special edition 28mm f/2.8 kit will become available in October.

The retro-inspired Nikon Z fc was announced in late June to considerable positive feedback from fans. Unfortuantely, the ongoing parts shortage that is affecting all consumer electronics companies has hit Nikon particularly hard. The company — which had already been struggling to meet 2020 orders for the Z7 II camera — was overwhelmed by demand for the Z fc.

Less than a week after the Z fc was officially announced, the company issued an apology that stated it would likely be “some time” before those who pre-ordered the camera would receive it, and even longer for those who did not to see the camera on store shelves.

Two weeks later, Nikon issued another apology, this time with regard to the Z fc 28mm f / 2.8 Special Edition Kit. The company stated that it was initially planning to make this kit available in late July, but due to overwhelming demand was forced to postpone the release indefinitely.

Now, nearly two months later, Nikon still says that the number of Z fc units it is able to produce is low, but it can say that it plans to finally release the Special Edition kit next month. Below is the full company statement, translated as spotted by Nikon Rumors.

The release date of the APS-C size (Nikon DX format) mirrorless camera “Z fc 28mm f / 2.8 Special Edition Kit”, which was announced as undecided, has been decided on October 1st (Friday). We sincerely apologize for the delay in the release.

We sincerely apologize for any inconvenience caused to customers who are waiting for this product.

We will do our utmost to deliver the product as soon as possible, and we appreciate your understanding.

In short, Nikon is planning to finally release the kit, but its numbers will be limited and even those who pre-ordered it the day it was announced are not guaranteed to receive it in October.