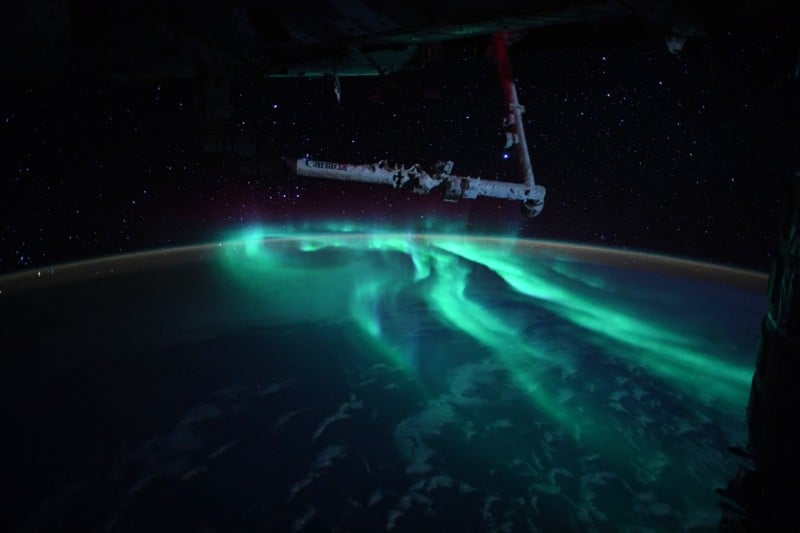 In this case, Pesquet was able to capture multiple visually striking photos of the aurora australis illuminated by the moon over the southern hemisphere. Pesquet says that it was the latest in a span of a few days where he and the crew of the International Space Station were treated to many occurrences of the natural phenomenon. 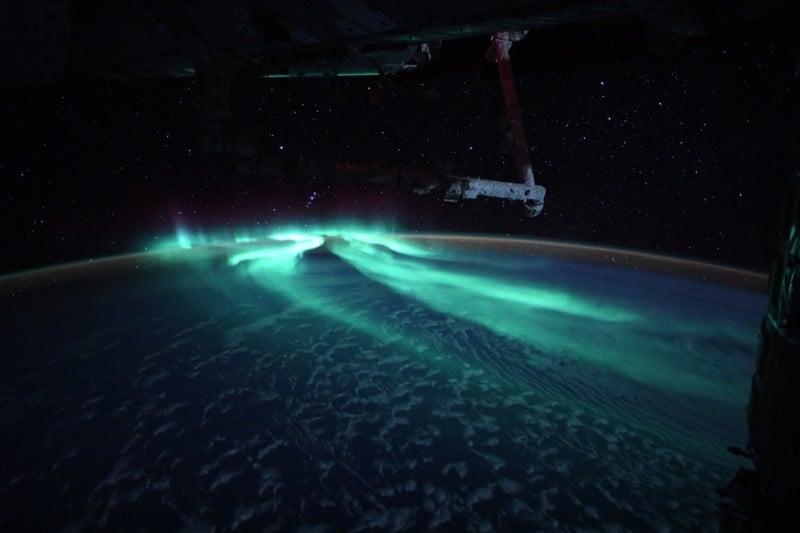 “I don’t know why we saw so many in the span of a few days, when I barely saw one during my entire first mission, but these last ones came with something extra,” Pesquet writes on Facebook. “As the Moon was high and bright, it lit up the clouds from above, which created a distinct atmosphere… and almost turned the aurora blue. What’s next, Mother Nature? A yellow one? A giant rainbow?”

As if expecting photographers to claim the color was caused by poor white balance, Pesquet promises that the blue hue is an accurate representation of reality. 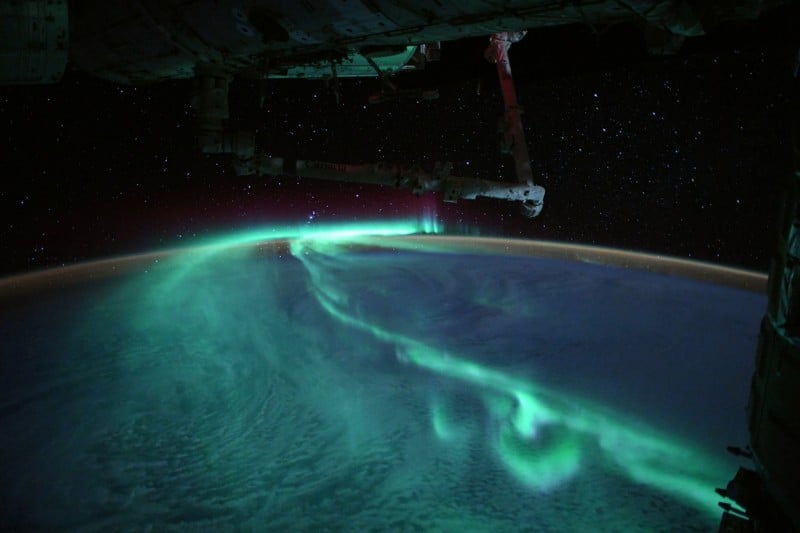 “And no, photo techies, the camera balance was set the same as for previous aurora pictures. An aurora under the full moon, what could be better?”

While the blueish, turquoise color of the aurora in Pesquet’s photos might look fake, this particular color has been recorded in the past, but only under extremely specific circumstances making it an exceedingly rare event. 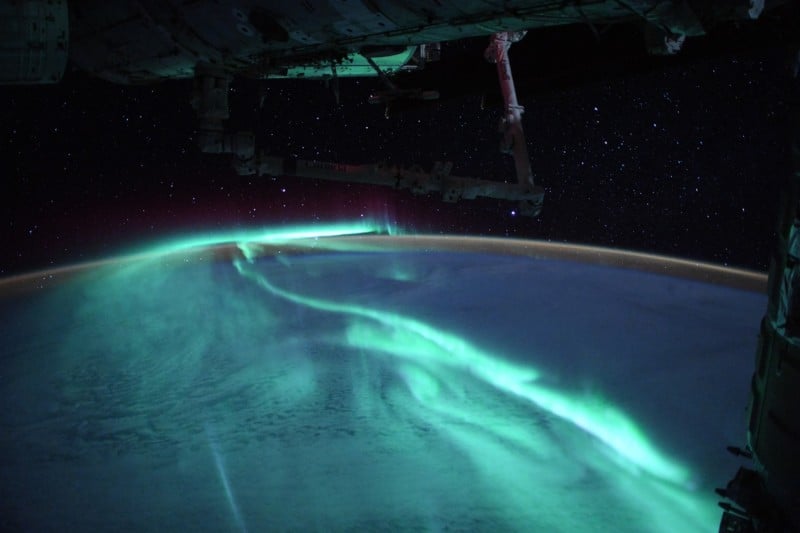 “As a rule, the colors are set and never change but the three parameters stated above make the colors vary. Sometimes the color limits are quite defined but most of the time the entities mix with currents at different altitudes and create other colors like pink, yellow, emerald-blue, magenta, and purple. During periods of intense geomagnetic storms, you can potentially get a lot of different colors at once.”

Blue, specifically, is synonymous with what Aurora Borealis Observatory says is high geomagnetic activity, which only happens under very precise conditions, making seeing a blue Aurora Australis or Borealis unusual and rare. Charts that illustrate how this might happen can be seen here.

Pesquet’s photos, therefore, show not only a spectacular angle of the aurora when compared to the kinds of photos Earthbound photographers are able to capture but also a highly unusual color.