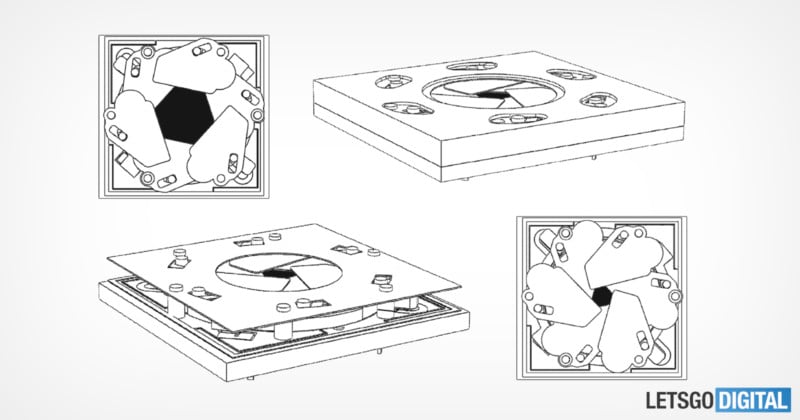 While smartphone cameras continue to improve, most don’t offer any kind of variable aperture. While Samsung has developed a way to introduce this in a future device, Huawei has also designed a method, and it’s more akin to a traditional lens.

While implementing variable aperture into a smartphone is uncommon, it is not a new idea. Back in 2018, Samsung’s Galaxy S9 smartphone featured a camera with a variable aperture, which is visible in the below close-up video from Jerry Rig Everything. The video has been timestamped for the portion when he looks closely at the mechanism.

In subsequent smartphones, Samsung and other manufacturers have ditched the variable aperture functionality in lieu of choosing instead to add more cameras and different focal lengths. Since smartphone sensors were, at that time, very small, the advantages of adding a physical iris over just providing more focal length options were small. Now though, as those sensors are getting larger and better, the physical diaphragm could see a return.

As evidence of this, Samsung recently patented a design that arranges three cameras in a T-shape and uses a motorized gear to slide them around and change their aperture in the process.

While Samsung used a physical diaphragm in the S9 and clearly is toying with other ways to adjust the depth of field, what it released in 2018 and what its more recent patent shows do not look much like what photographers are used to seeing in full-size lenses. In contrast, Huawei’s design — which the company recently patented and has been explained by LetsGoDigital — shows the use of what looks like a far more traditional camera aperture diaphragm that consists of six blades which can open and close at various points to allow a different amount of light to hit the sensor.

According to the patent documentation, Huawei specifically wanted to mimic the design of a traditional lens rather than come up with something new but was unable to house an ultrasonic motor or stepping motor to adjust the aperture given size constraints. Instead, it plans to use a miniature driver that is supported by a coil and magnet, though the company says a piezoelectric motor could also be used.

The intended focal length of the lens that could see this tech implemented was not revealed, though Huawei does state it could use the tech on multiple cameras in the same device. The full documentation on the variable aperture patent can be read on LetsGoDigital.