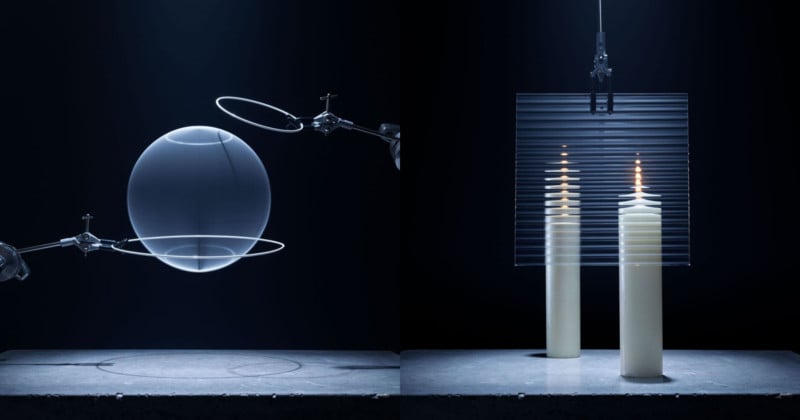 
White, based in London, came up with beautiful minimalist ways to convey each of the quantities.

White says he was inspired by the work of the late American photographer Berenice Abbott, who’s known for shooting photos depicting scientific concepts in the 1940s to 1960s.

“We live in a world made by science,” Abbott wrote in her April 1939 manifesto titled Photography and Science. “There needs to be a friendly interpreter between science and the layman. I believe photography can be this spokesman, as no other form of expression can be.”

“I wanted the images to only show something through a technique, so for instance without the motion of an object it would appear completely different or without the strobe again it would be different and not be representational of the concept,” White tells Colossal. “A lot of the techniques involved (the) motion of an object captured over a long exposure. Some additionally have a strobe effect during the long exposure, others use multiple exposures while shifting the lens for instance, or simply incorporating simple props/fx to distort or reveal a notion.”