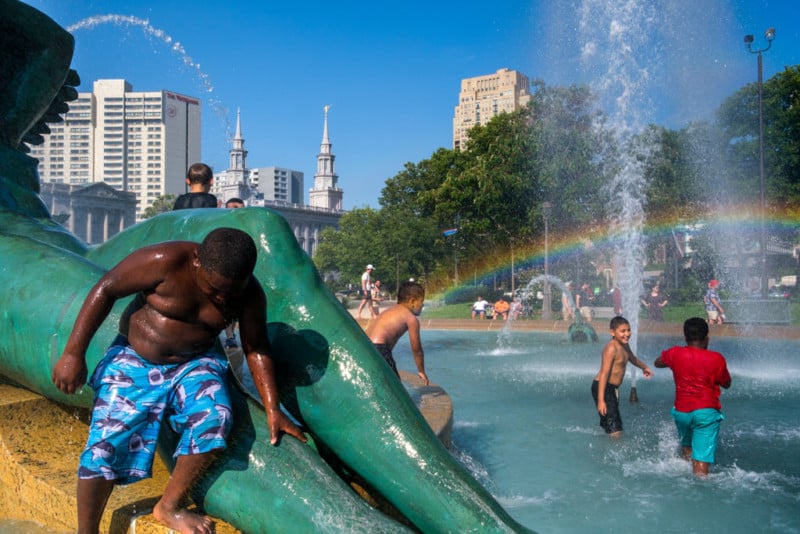 Street photographer and photojournalist Dante Sisofo shares his personal history and a behind-the-scenes perspective of his return to street photography work in a post-pandemic world.

Sisofo, from Philadelphia, Pennsylvania, is a photographer with numerous accomplishments and international experiences under his belt. He was awarded first place in the Miami Street Photography Photo Slam in 2016 — judged by Martin Parr — and in 2018 he received a scholarship to learn under Magnum Photographer, Alex Webb.

He also studied at The Hebrew University of Jerusalem, Israel, and every weekend during his free time, he would take the bus from Jerusalem to Jericho to take pictures. After his graduation in 2018, he returned to Jericho and lived with a Palestinian family. This experience influenced Sisofo to join the Peace Corps as a volunteer in Zambia, Africa in 2019, however, due to Covid-19, he was evacuated from Zambia and has now returned to his hometown in Philadelphia. 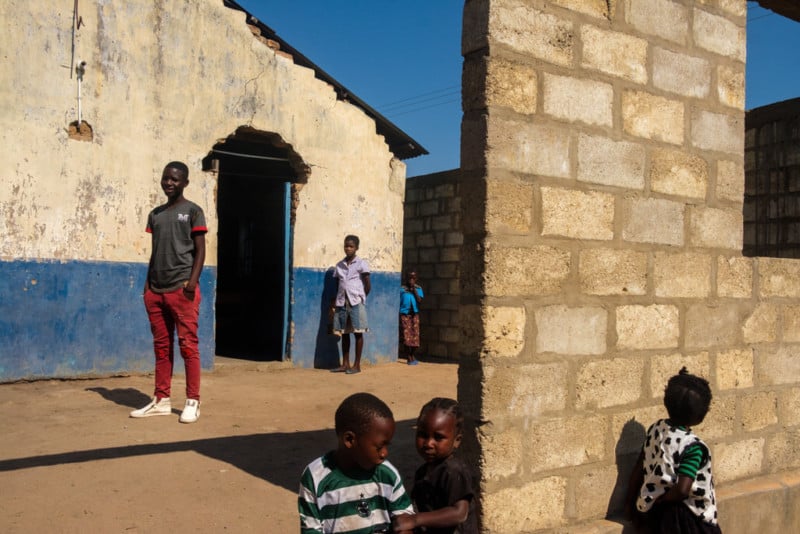 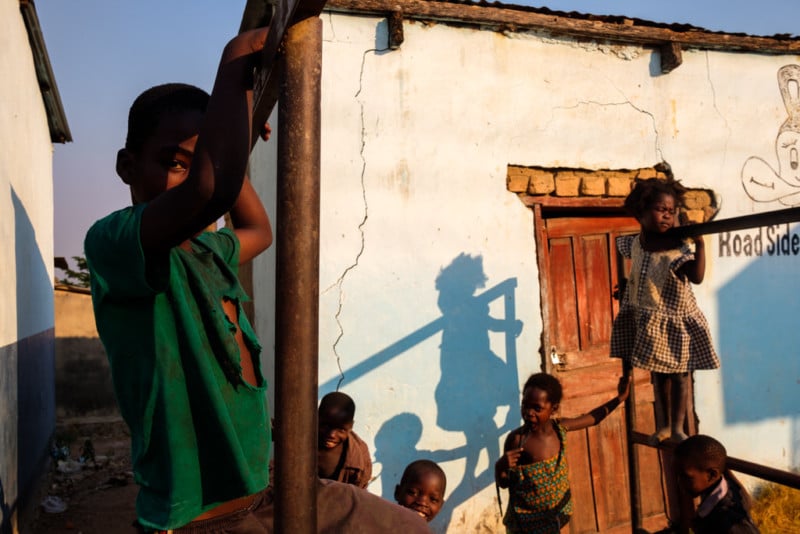 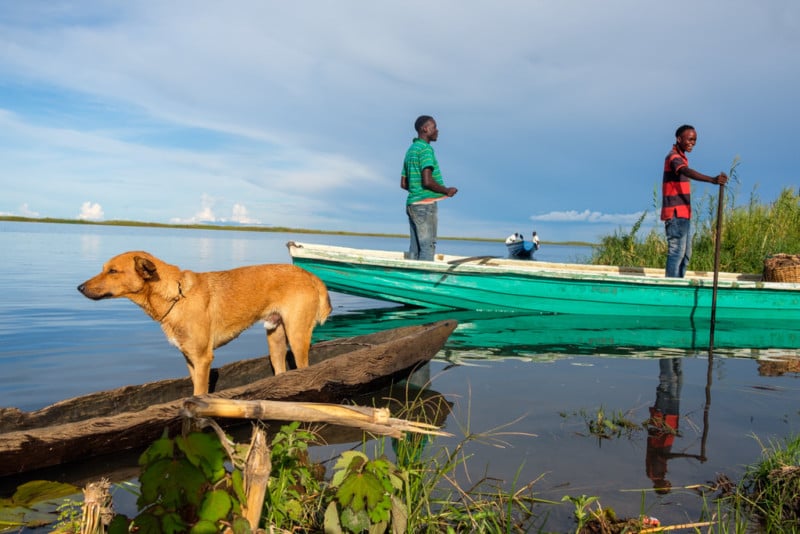 He tells PetaPixel that the film “The Many Lives of William Klein,” which is available to watch on YouTube, was influential in his journey and inspired him to learn more about the genre and try it out himself.

However, Sisofo’s work extends beyond that of a street photographer; he has also documented the political arena while working as a photojournalist in 2016 for the Democratic National Convention (DNC), also in Philadelphia. He also worked with politics up-close as a field organizer for President Joe Biden’s election campaign.

When photographing political events, Sisofo says that he brings his experiences as a street photographer into this type of work.

“At the time, the streets were all I knew,” he says. 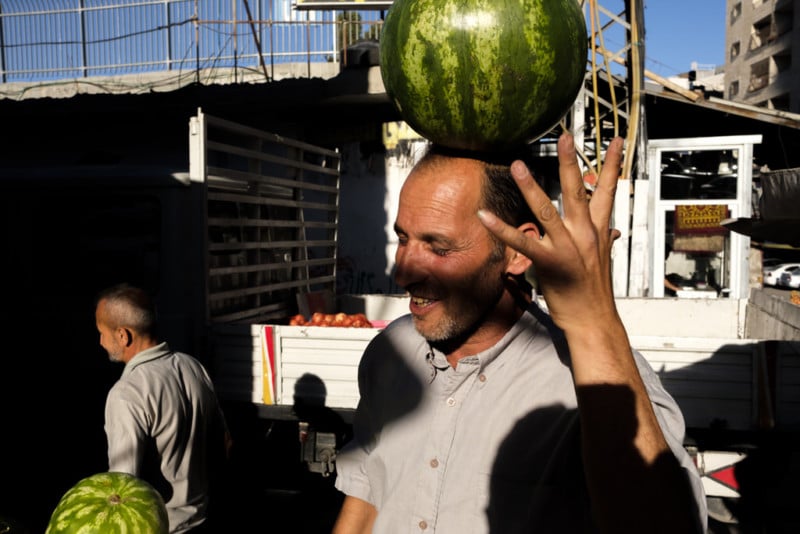 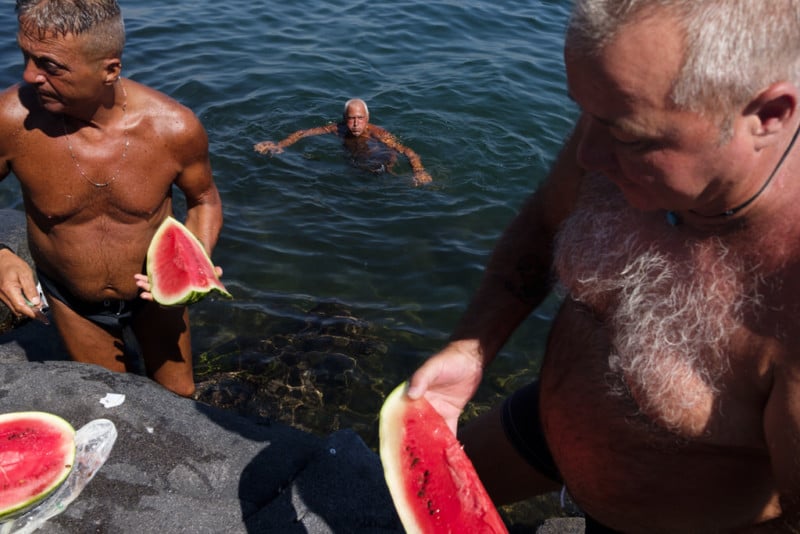 Looking back on the body of work that he has amassed so far, Sisofo cherishes his West Baltimore photographs the most.

“I didn’t learn how to photograph in the streets of New York City like most of the photographers I admire, but I roamed the streets of West Baltimore. I learned to photograph within a community as an outsider on the inside. This skill has the most impact on myself and my process to this day.” COVID-19 brought a halt to Sisofo’s work and forced him to take an entire year off from photographing in the streets. But since the beginning of 2021, he started hitting the streets again and feels “recharged and more ready than ever to make some new photographs.”

Sisofo’s biggest challenge as a street photographer is balancing the need to stay chained to a desk while editing when the streets are filled with so many stories and moments yet to capture. He says he does his best to avoid that as much as possible.

“I wind up spending all of my time on the streets and little to none behind my computer screen,” he says. 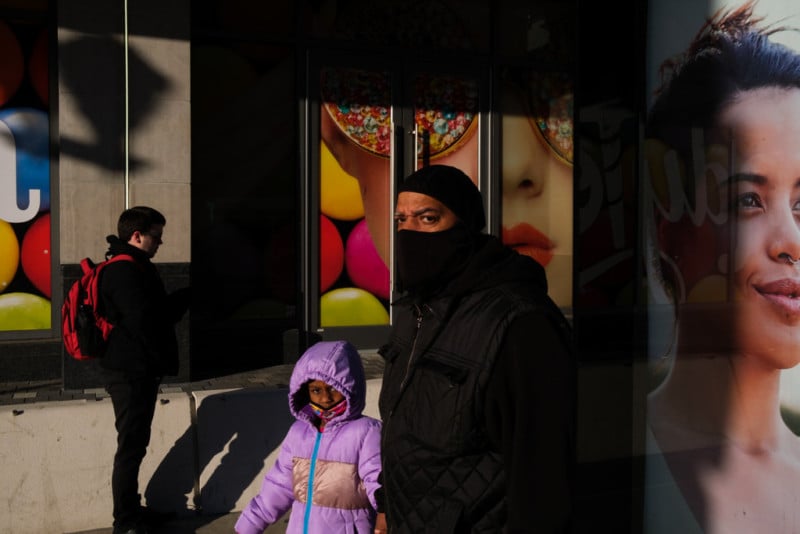 Although Sisofo has been shooting for several years, he admits that he is still learning to this day. For those who are self-conscious and lack confidence in going out to photograph in the streets, he recommends keeping persisting because this type of work requires a lot of patience, and sometimes a bit of luck, too.

In the video below, Sisofo shares the behind-the-scenes of his street photography session as he set out to capture a rainbow during a hot summer’s day in his hometown. Dedication combined with strong observation skills is what helped Sisofo succeed not just on this occasion but also in others.

“The day I stop learning will be the day I stop enjoying it,” says Sisofo. “It’s definitely challenging, but that’s half the fun.”

Image credits: All images by Dante Sisofo and used with permission.