Instead of using a filter or editing technique to achieve a lo-fi look, Sean from Fotodiox went a different route and converted a 1984 Ghostbusters toy and adapted it to a mirrorless camera to create an unusual yet authentic vintage look.

Sean is known for his creative ideas which generally involve a combination of DIY supplies and Fotodiox products. For example, he has shared videos on a small homemade camera obscura, a magnifying glass repurposed as a focusable lens, and mini drinking straws used to create a camera that produces mosaic-effect images. In this experiment, Sean picked up a Ghostbusters GhostZapper projector toy from an antique store and thought it might be something he could turn into a lens. Although the toy was not in the best shape, it was still in working condition and the projector lens part itself could still be adapted to a modern mirrorless camera. 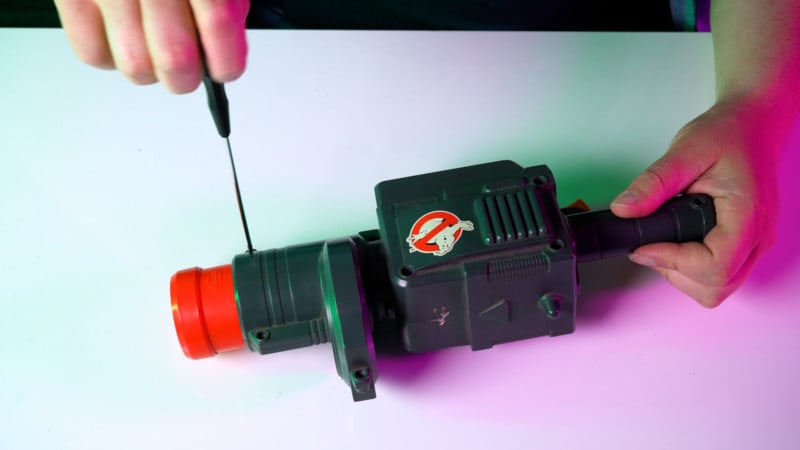 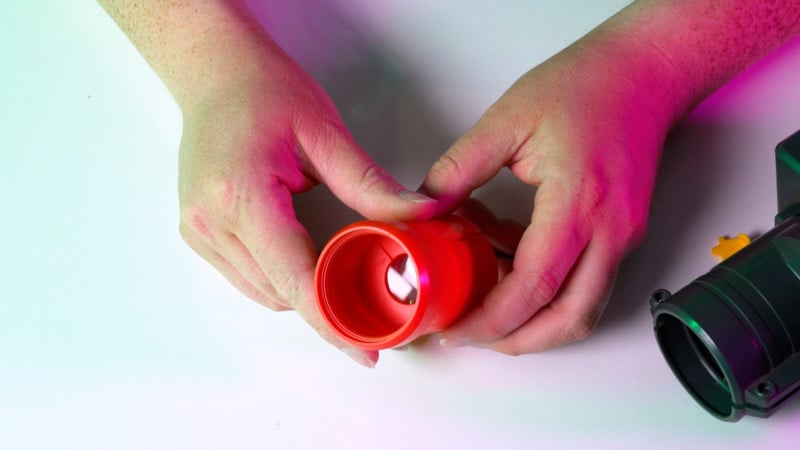 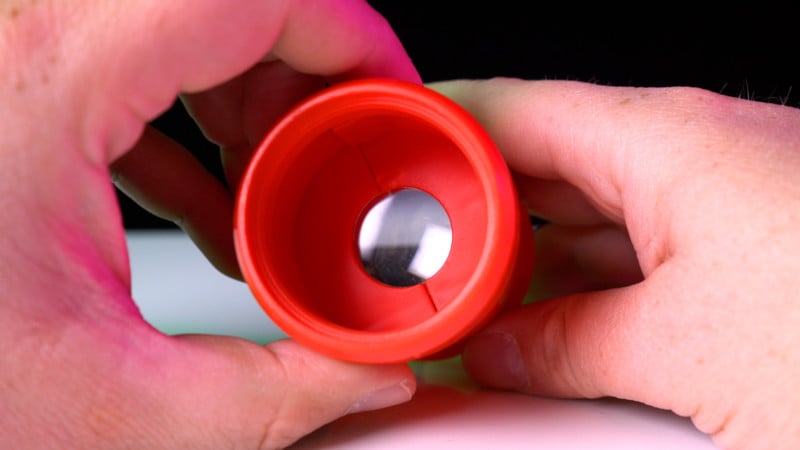 First, Sean disassembled the toy and wrapped the tube in gaffer’s tape because the projector part itself was made out of a semi-translucent and bright orange plastic. The tape would serve to block the light and avoid the images looking like an “orange mess.” 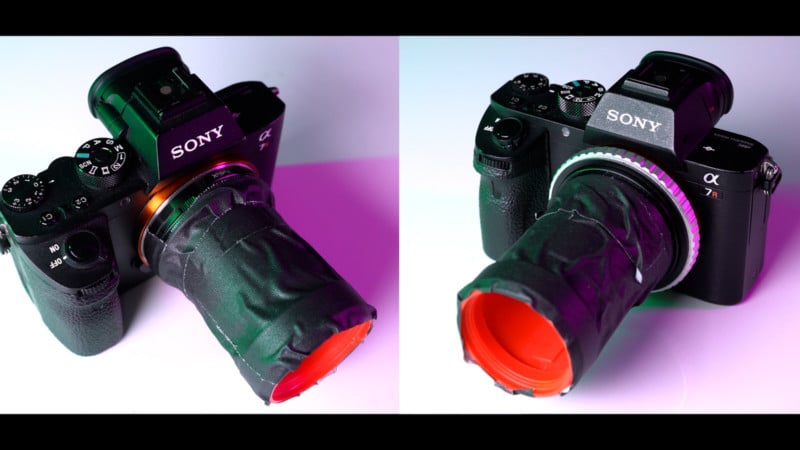 Sean selected a Sony Alpha 7R II and combined it with two Fotodiox adapters — one for focusing to infinity and one for closeups — and secured both to the camera body with another round of gaffer’s tape.

The first adapter worked well for landscapes and produced a dreamy, soft retro look. Despite the fact that the old projector lens was never made for anything photographic and was meant to simply project cartoon slides onto a wall, it still worked. 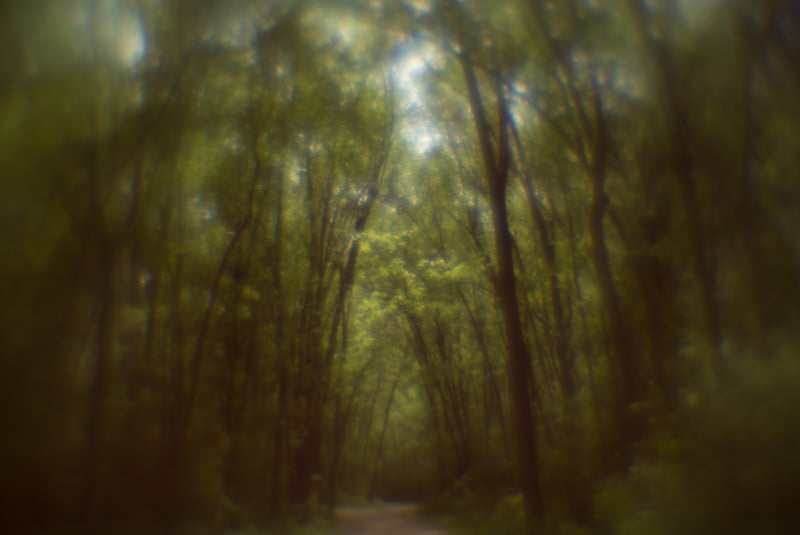 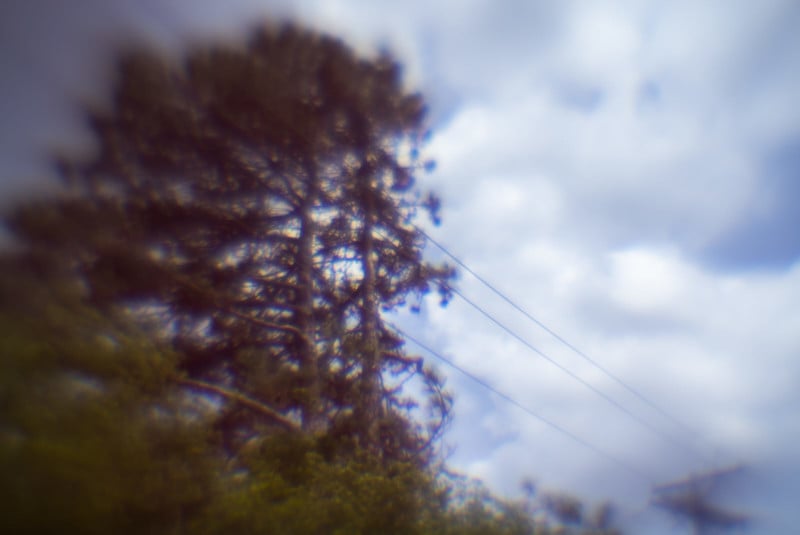 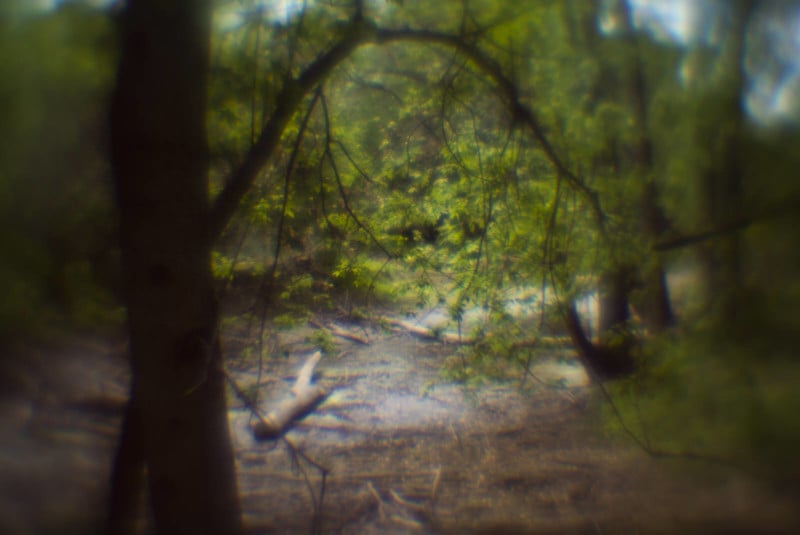 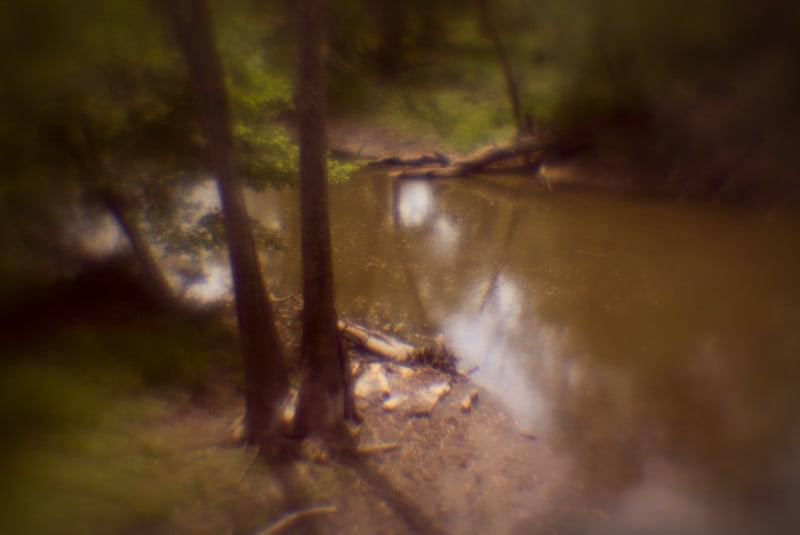 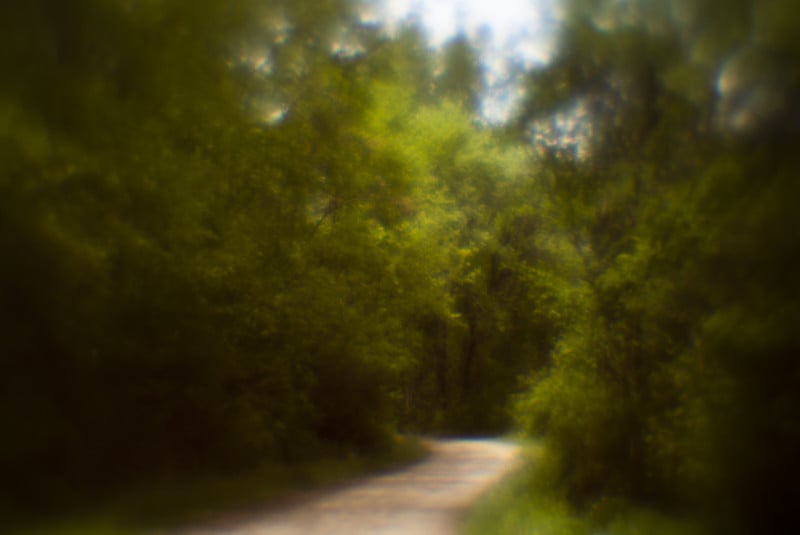 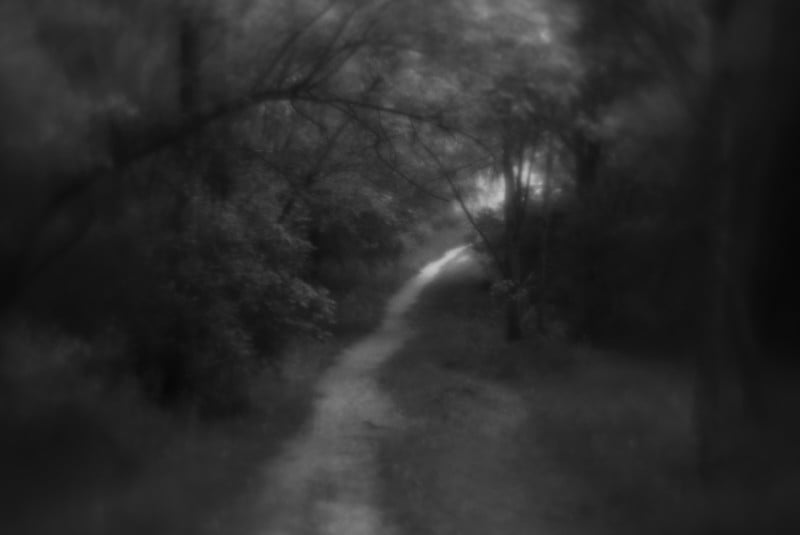 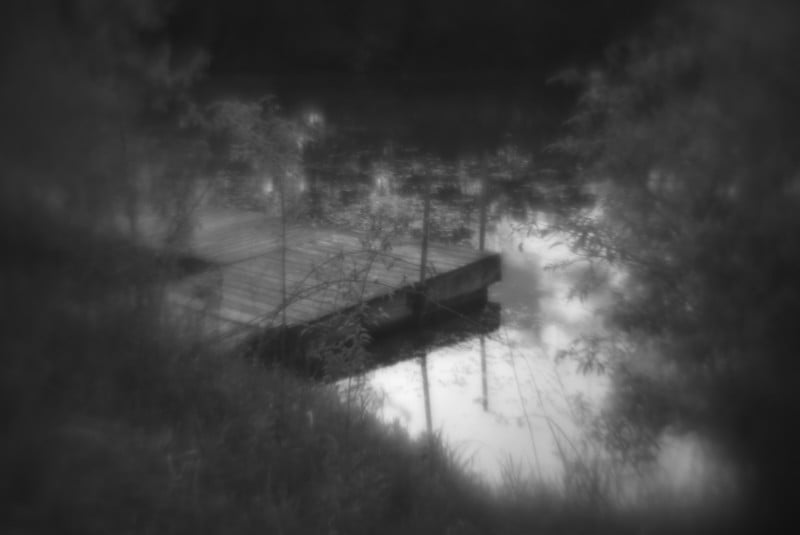 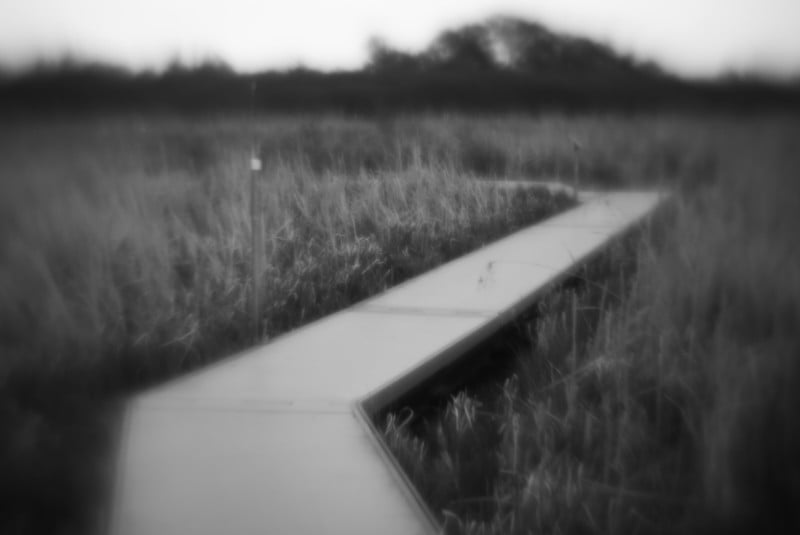 As expected, the quality isn’t fantastic. The images have plenty of color fringing and the photo is only sharp — or at least at its sharpest — right in the middle. 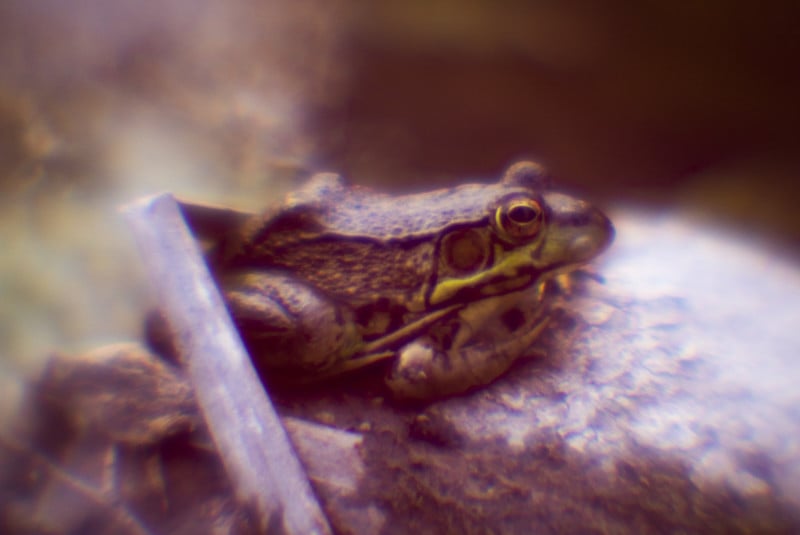 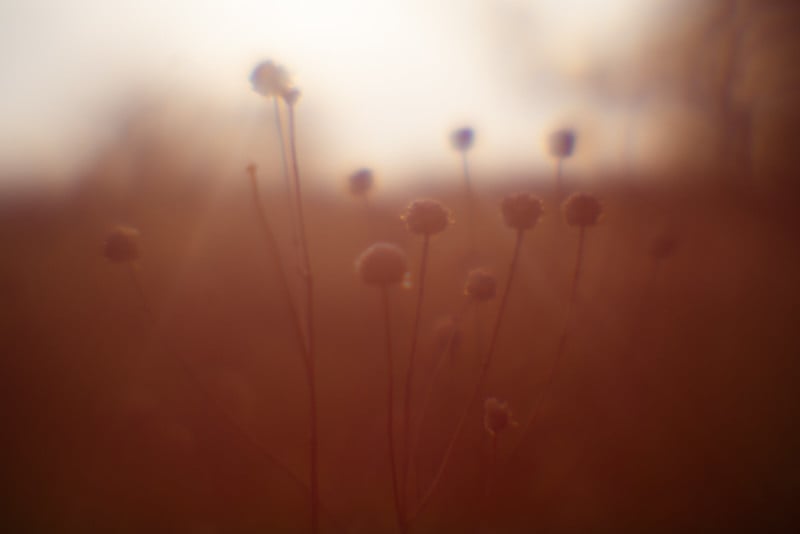 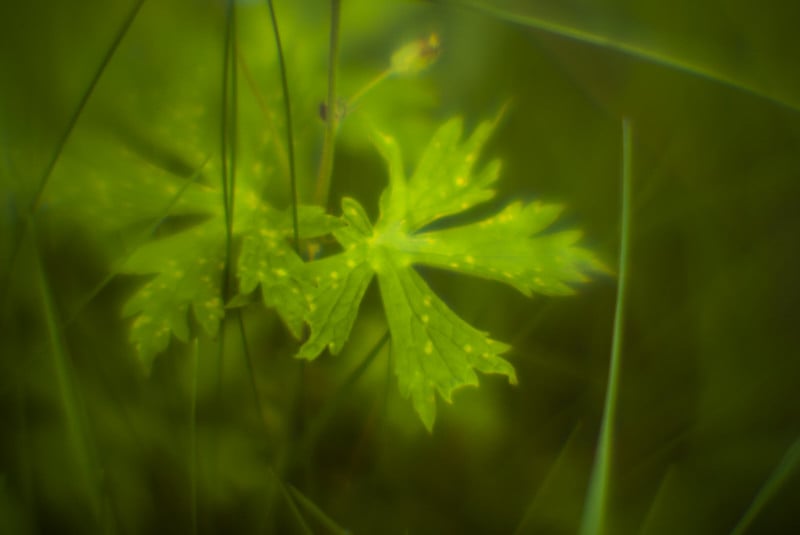 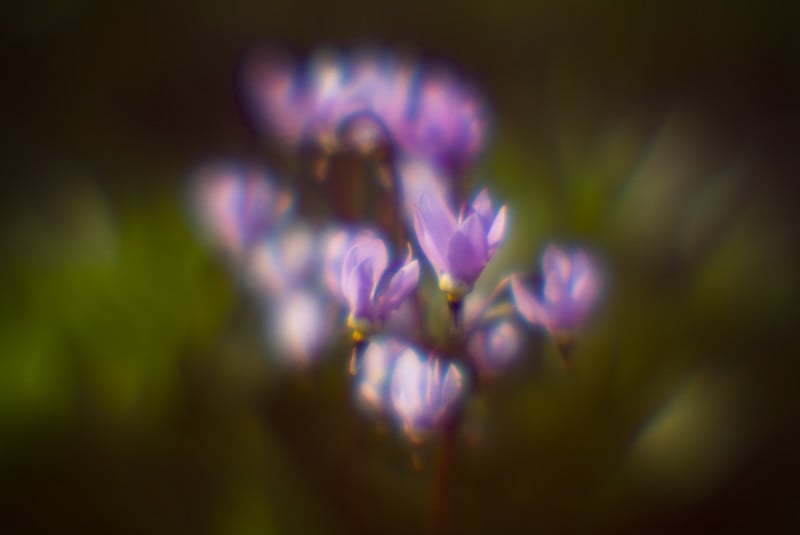 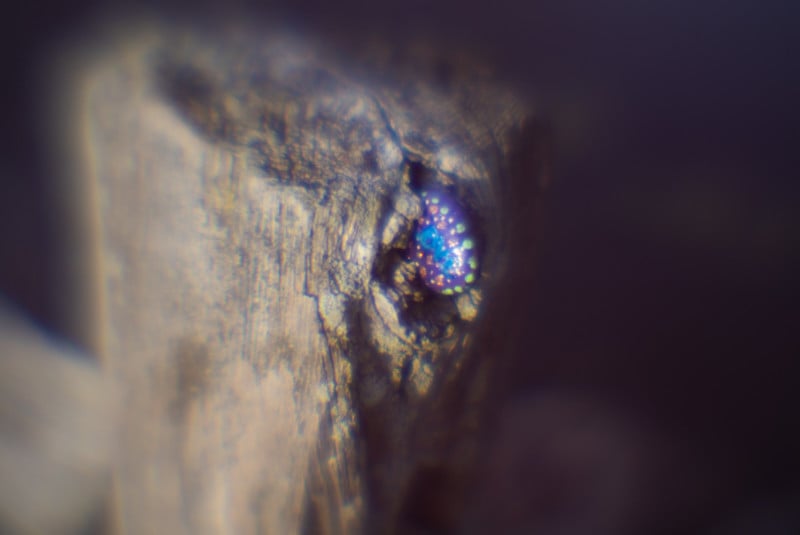 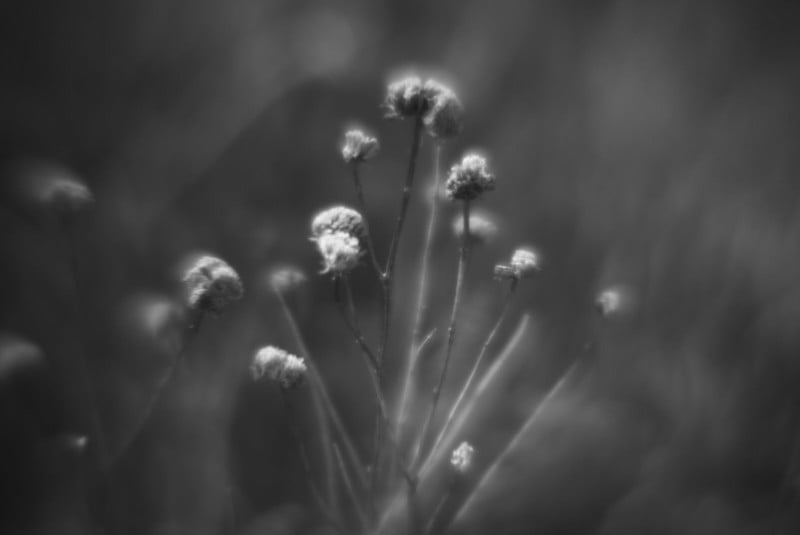 Sean also used the plastic lens in a macro setup, where it excelled at isolating the subjects, like leaves and flowers, due to the softness all around the focus point. The color fringing, although a nuisance in most cases, did help some of the outdoor macro subjects stand out more. 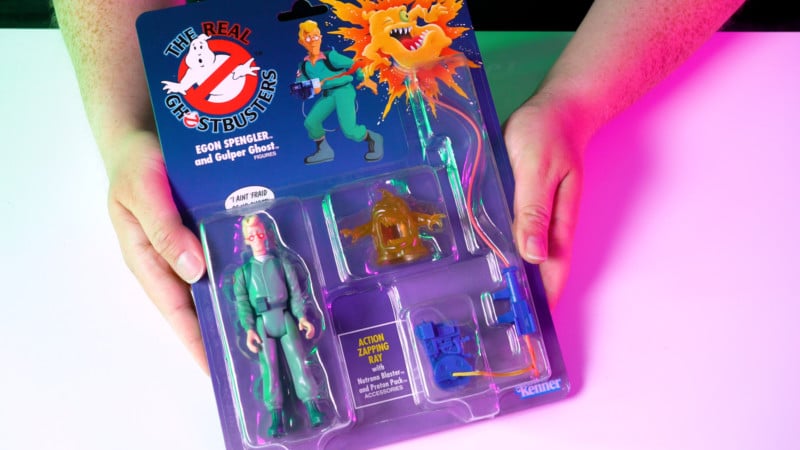 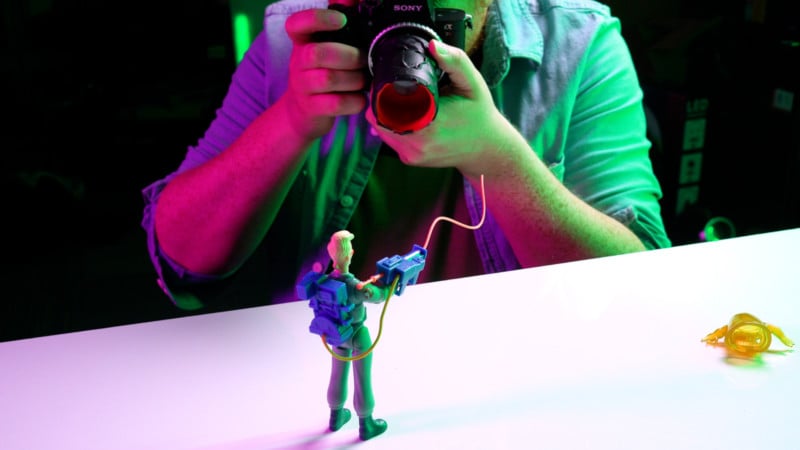 To finish the experiment, Sean paid a tribute to the 80s era and fittingly photographed a few Ghostbusters toys. 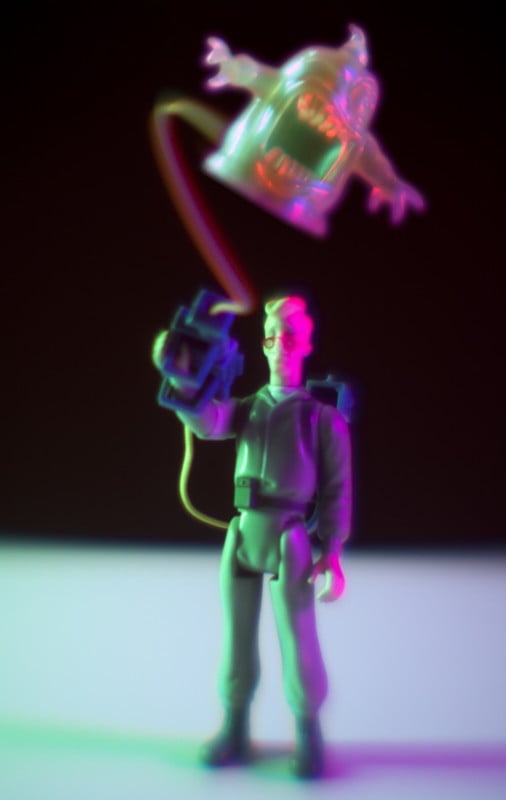 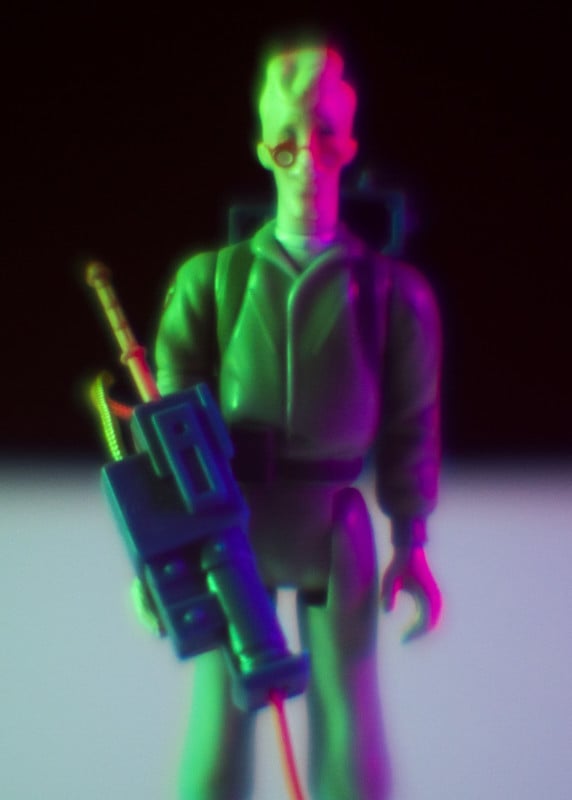 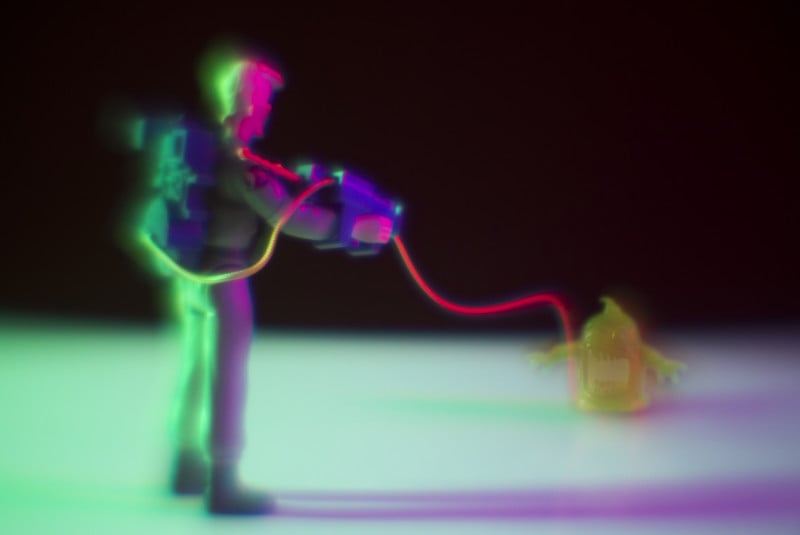 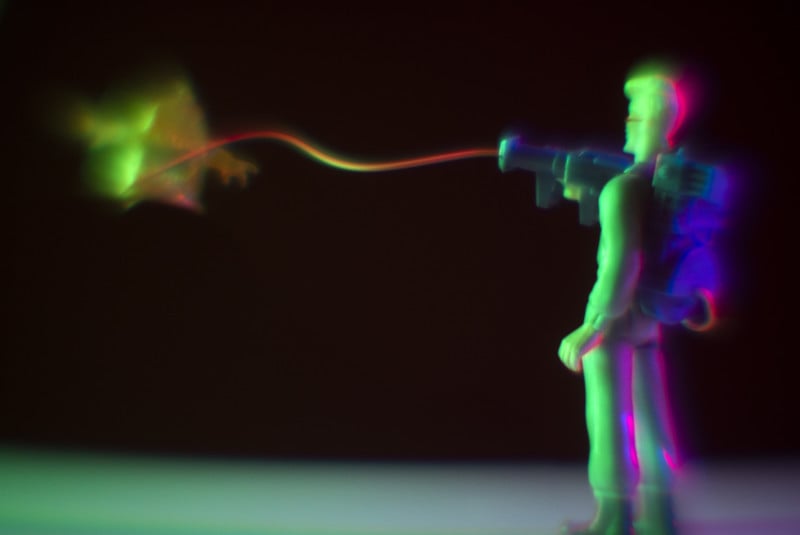