Photographer and filmmaker Edd Carr has just completed a video where each frame was printed by hand. He says he believes that it is the first time that anyone has made a video from start to finish exclusively from cyanotypes.

Carr tells PetaPixel that he was hired to make a music video for Tycho Jones and Globe Town Records who contacted him directly because of his unique animation process. He says that he was given total creative freedom on this project and as a result, the video deals thematically with birds and their relationship to culture and climate change.

“My artistic practice is quite niche, in that I adapt photographic processes into animation whilst also innovating new animation techniques through printmaking,” Carr explains. “I had animated using cyanotype before, but only brief sequences — never an entire video. In the past, I have created animations using lumen printing, darkroom photograms, and printing on natural materials. For example, I am currently making an animation about climate change printed on soil, clips of which can be seen on my Instagram.”

Carr’s finished product is a mixture of digital and analog processes and required multiple steps. He says that he shot the initial footage on a Canon 650D DSLR with a 10-22mm lens at 24 frames per second in Full HD, but the finished video also blends in archival footage from his personal library.

To move from digital to analog and back again, Carr first split the footage into individual frames using Final Cut Pro, which meant that he would get 24 individual JPEGs per second of footage.

“In total, this resulted in over five thousand individual JPEGs,” Carr says. “These were then transformed into digital negatives by printing them on A4 acetate for use in the cyanotype process (nine frames per sheet of A4).” 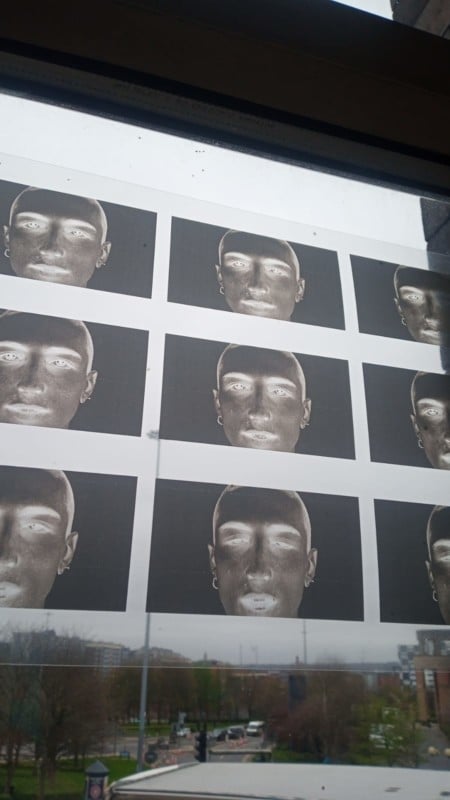 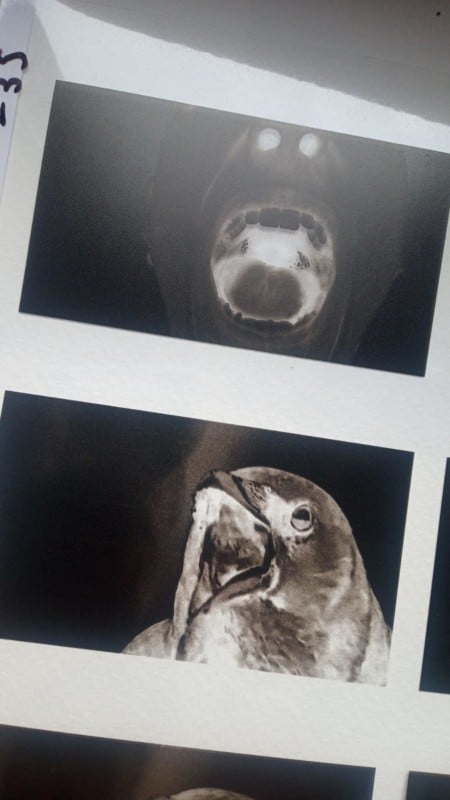 He explains that the cyanotypes were printed on Goldline Watercolour Studio Paper — “200gsm/90lbs, cold-pressed, acid-free.”

“As you can see with the footage, it is textured watercolor paper, recorded in the individual frames,” he says.

Processing the cyanotypes was, as expected, the most difficult part.

“This took a month, full of errors and changes and mistakes. As cyanotype can fog over time, I had to coat the paper in batches, leave them overnight to dry, and then expose and develop the next day. Typically, I would coat around 100 A4 pages a day, using only one coat of cyanotype solution. I would then allow them to dry, and tape the digital negatives onto them,” Carr explains.

“These were then printed the following day on a large scale UV bed, in batches of 25. I would then wash them the same day, using two still baths of water (instead of running to save water) and spraying them directly with white vinegar to retain the mid-tones. Overall I printed around 580 sheets, nine frames per sheet, so roughly 5,000 individual frames,” he continues.

“Following this, I then digitized each frame with a desktop scanner, cropped them in Lightroom, and then dropped them into the timeline for the music video,” he says. 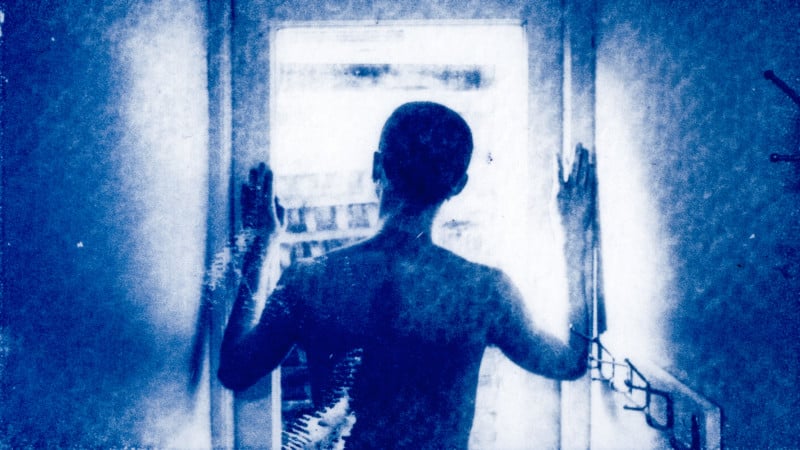 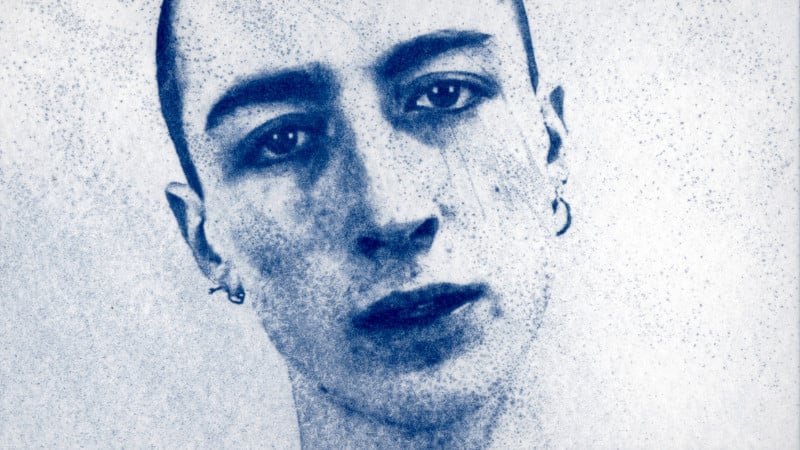 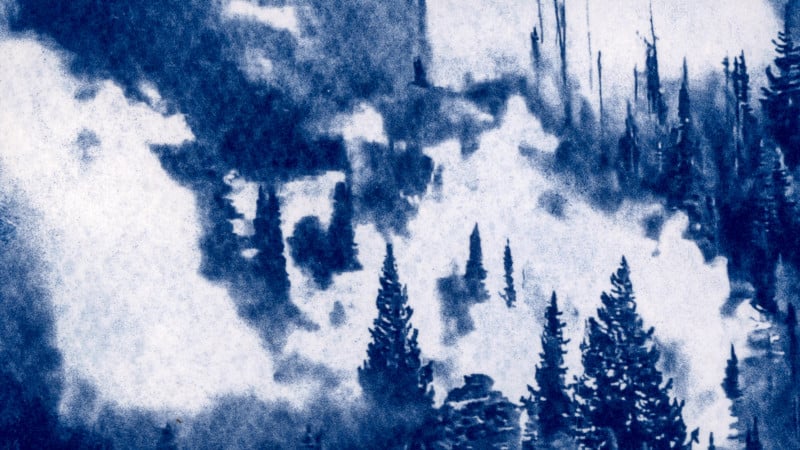 Over the course of two and a half months — the first month was dedicated to shooting and collecting stock footage — working an average of six days a week full time, Carr slowly put together the finished video.

“My process is very labor-intensive and so it takes me a little longer than typical video makers,” he says. 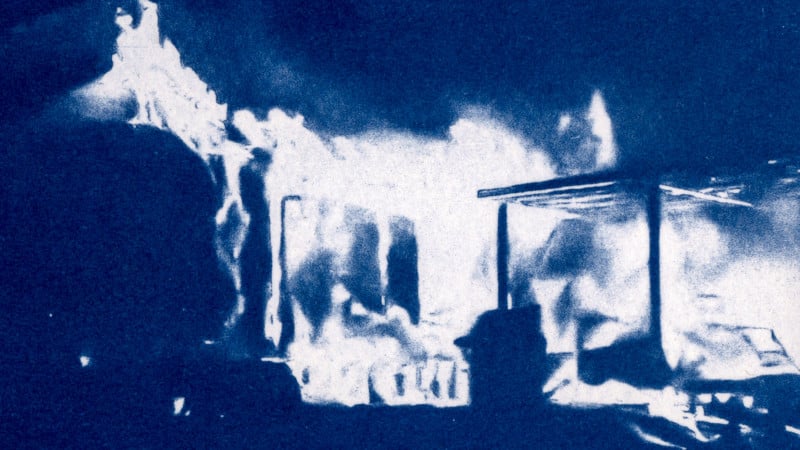 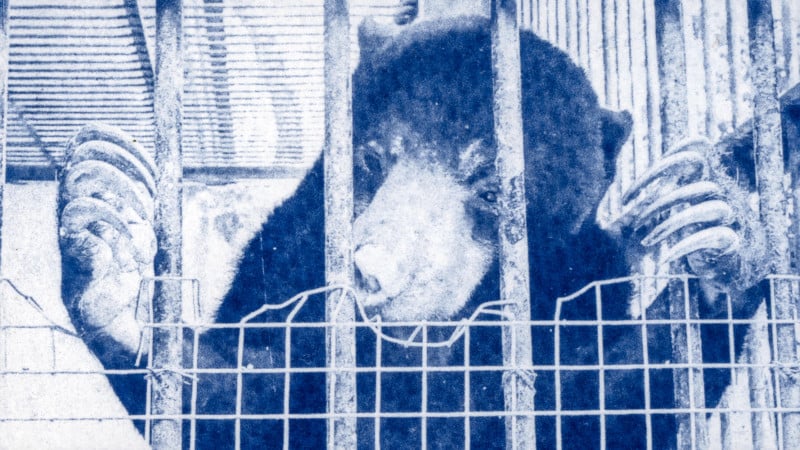 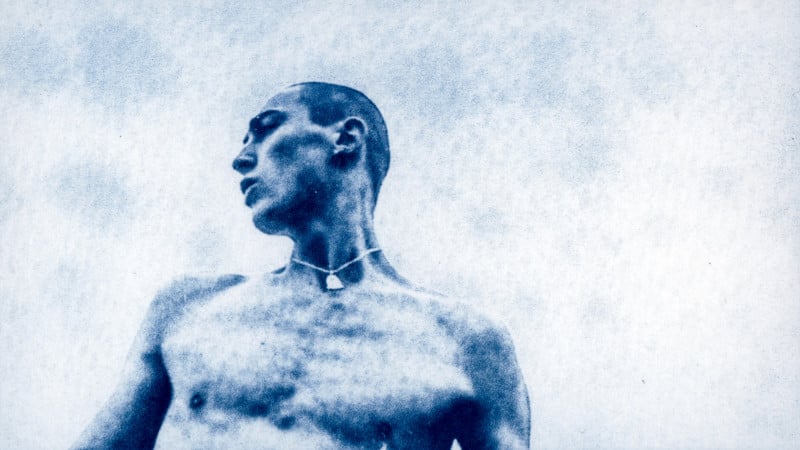 “With my work dealing with issues such as climate change, and adopts sustainable methods (cyanotype is famously low toxic), whilst also being completely handmade – this appealed to [the client’s] creative direction as a music label,” Carr says. “I think at the beginning they felt like they were taking a bit of a risk, as something like this has never been attempted — but are pleased with the result!” 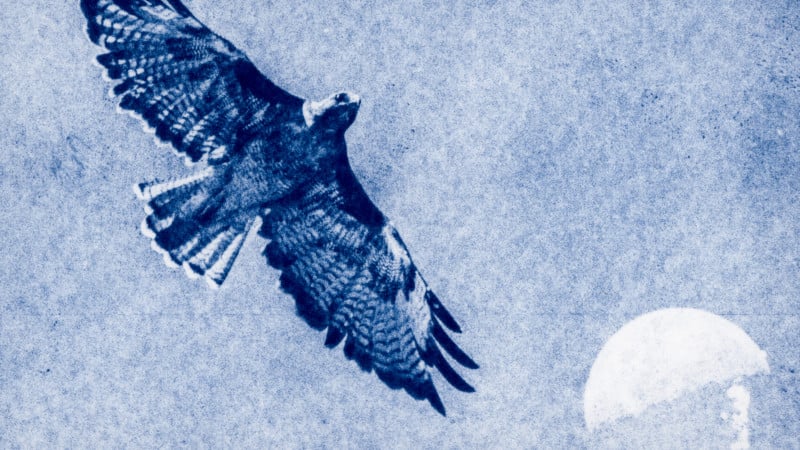 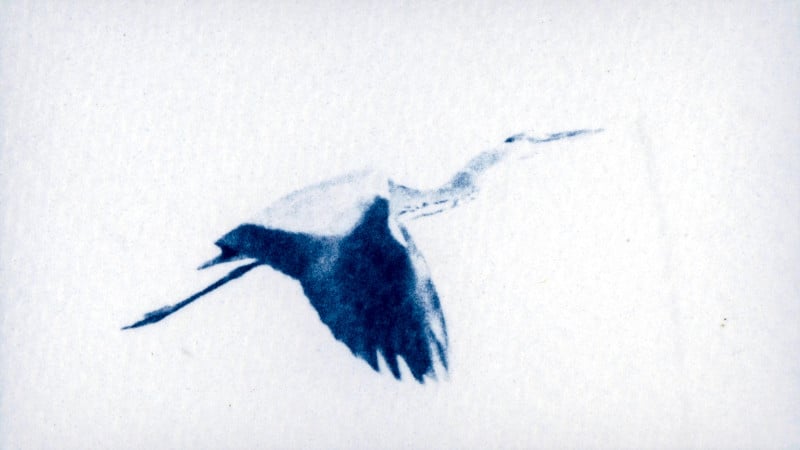 Image credits: Photos by Edd Carr and used with permission.