F1 photographer Kym Illman tries to clear up some of that mystery that surrounds his job and covers everything a prospective photographer would need to know to succeed in the racing world.

From an outside perspective, it can be both mysterious and bewildering to try and figure out how to get started in a chosen profession. Photographers are often asked what it’s like to work in their particular field and the answers are always different. Illman tries to directly address that in the video above. 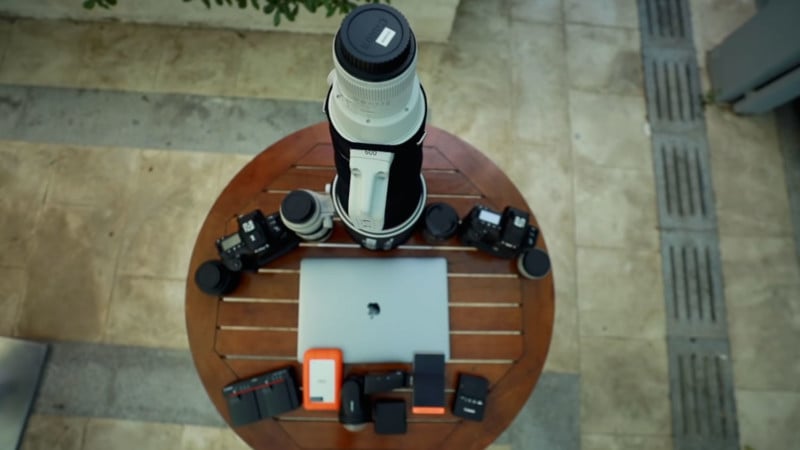 “Photographing F1 has been an absolute eye-opener for me so allow me to share with you some of the info that few others will,” Illman says.

His explanations include detailing each item that he includes in the photographic kit he carries, how to use the Novation Launchpad Mini, and he even goes on to detail what goes into keywording the final edits of some of the images that come out of these incredible racing machines.

What many may not realize is the amount of travel involved for those who work in this particular industry, so Illman notes how important it is that photo equipment and associated gear are safe when moving from one location to the next. He explains that he actually packs away everything separately except one camera body, an 85mm lens, and his 600mm lens while those three items always accompany him in his carry-on aboard the plane. Doing this ensures he won’t have any drama with weight restrictions on his luggage. Luckily, the official team photographers get to ship their gear along with the cars so they generally don’t have to worry about lugging all the gear along with them from stop to stop. For those who want to seek racing photography professionally, the video follows Illman as he goes through every step of a typical race-day workflow. He shows the tools he uses and the process involved in getting his images instantly uploaded to his servers back in Australia, how they are re-downloaded and edited to share on social media, and then how he organizes and stores the RAW and JPEG backups over the course of a race. This includes how he organizes his files with presets, keywording, and the use of programmable external editing decks to speak up the process.

This video is one of several that Illman has on his YouTube Channel, which is a trove of excellent information for those looking at racing photography as a career. For more from Illman, make sure to subscribe to his channel here.

From a Thought to a Photograph: A Visual Guide