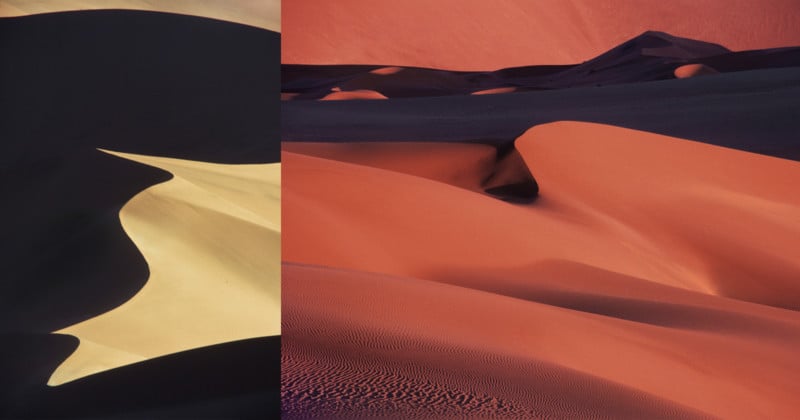 Many people feel pulled toward the wild areas of the grand Earthscape, especially to wild areas. It is important for them to know these places exist, even if they cannot go there. The spiritual connection is deep and infinite. Where does it begin? Can it be fostered?

Not once on the many occasions I have hiked alone among the towering red dunes of the Namib have I been afraid of becoming lost. The highest dunes have always served as a visual compass. Several times, however, I have had to resist the urge to simply lie down and let the sand drift over my body and become physically one with the desert that has already claimed me emotionally.

Equally, on those occasions when I have been alone in the vast unending solitude of the High Arctic, the sense of oneness with “all that is” becomes palpable. I feel utterly at peace. I am home at last. Why would I ever leave? 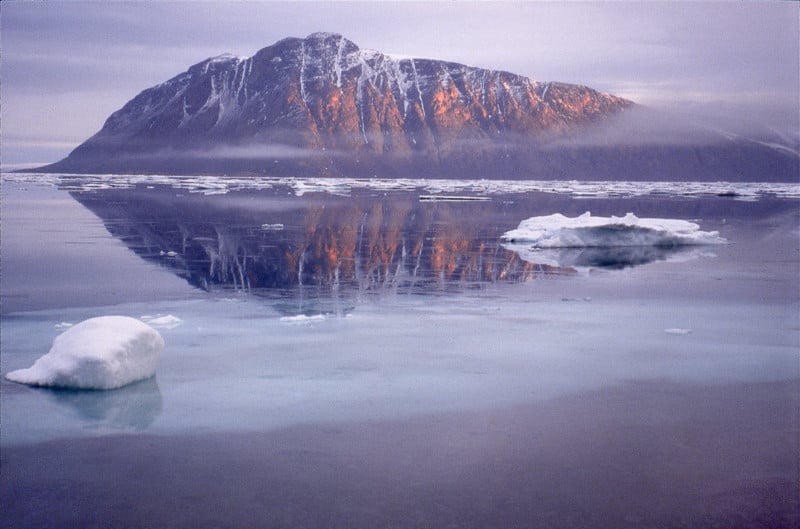 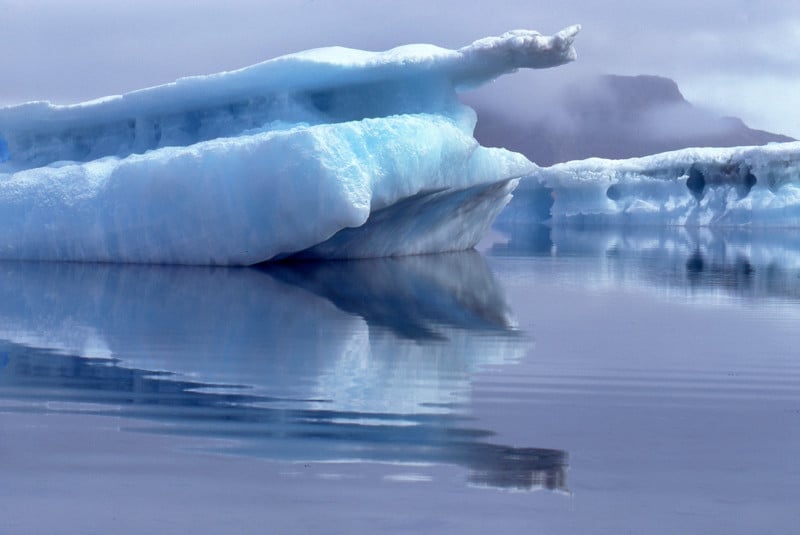 Yet, one day in August 1984, I scrambled aboard a tiny plane that managed to land on a muddy strip near Alexandria Fjord on Ellesmere Island, Nunavut. We flew south to Grise Fjord, from there to Qausuittuq (Resolute) and on to Edmonton, then back across Canada to Toronto and Saint John, New Brunswick. I drove the 40 minutes from the airport to my home at Shamper’s Bluff, dropped off my Arctic gear, picked up my passport and two suitcases already packed for Africa, and went back to the airport. Seventy-two hours after leaving the icy wilderness of Ellesmere I was wandering the hot, sandy wilderness of the great desert — the Namib. 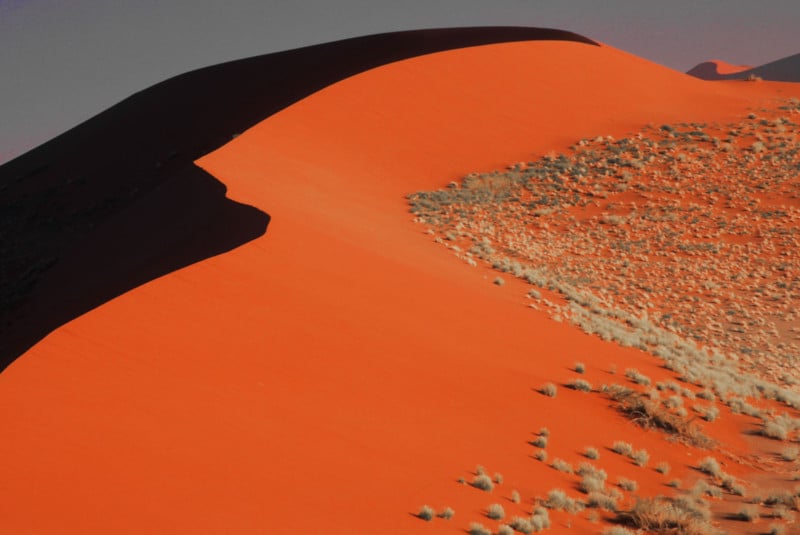 I remember nothing of the many flights between the two places, but I vividly recall the barely discernable dawn light as I parted company with a friend at the side of a road that wound into the great dunes. We agreed to meet back at the vehicle at ten o’clock, although the only clock was in our car. By the time the sun had risen high enough to transform the uppermost ridges of the highest dunes into scarlet ribbons fluttering above deep, black canyons, I was fully embraced by purest silence. One’s life should end in such holiness.

Only four days before, I had been hiking in brilliant sunshine at two o’clock in the morning along gravelly streams flowing into the Alexandria Fjord from surrounding glaciers. The streams were edged with the vivid pink super-dwarf willowherb (fireweed). I puzzled over a sandy depression where every one of the thousands of tiny, twisted roots lying exposed on the soil ended in a couple of miniature needles. Suddenly I realized I was looking not at roots, but at a forest – hundreds of years old. The twisted roots were actually tree trunks that grew less than ½ mm a year and the two needles were the foliage. To survive, the trees lay flat on the ground. To my eyes, the forest which they formed looked like an intricately braided rug. 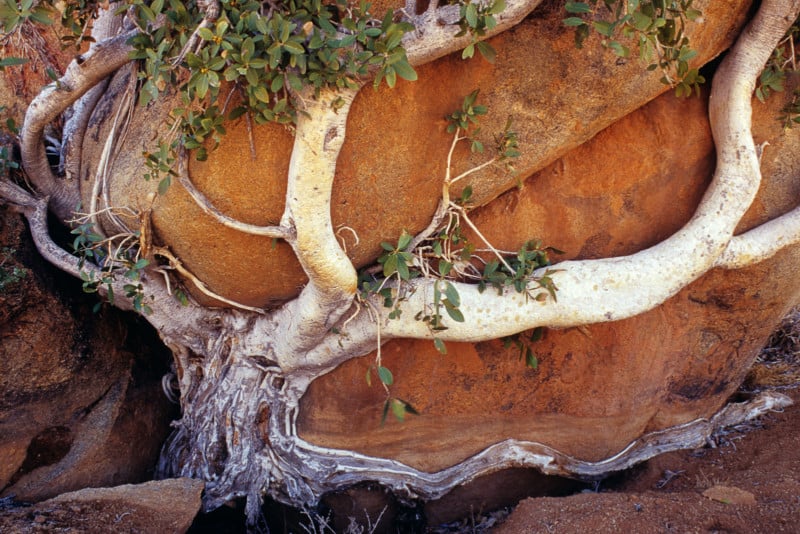 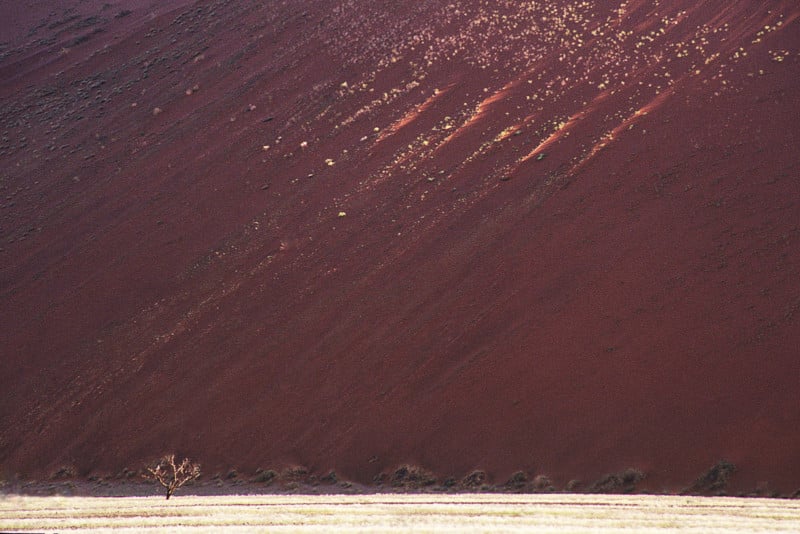 Now perhaps somebody who grew up in central Johannesburg or in the slums of Mumbai or in the small cities that sprawl around Toronto can give me an answer. I want to know if a person who has lived in a city all their life can slide as easily and deeply into feeling at home in the wilderness as I can or, in fact, if they can do it at all.

Sometimes city dwellers who visit my home on a nature reserve are clearly edgy. They communicate their uneasiness through little twitches and hesitations. As we were walking through a field of wildflowers near my house, I asked a well-known Canadian photographer who was visiting for the first (and only) time what was making him uncomfortable. He quickly replied, “It’s so quiet.”

Our legacy matters hugely. The truism I heard the most when I was leaving for university was: “You can take the boy away from the farm, but you can’t take the farm away from the boy.”

Although I didn’t grow up in the wilderness, our farm was bordered by boreal forest on one side and a great river on the other. Every morning from early spring to early winter I drove our dairy herd across broad fields to the hillside pastures. I retain an acute visceral memory of the rutted cow paths, the errant boulders, and the mossy glen in a stand of mature cedars. The first snowflakes of winter created a constantly changing weave as the white dots accumulated on matted brown grasses, yellow-beige ferns, and blue-grey rocks before covering them with a thick white duvet. 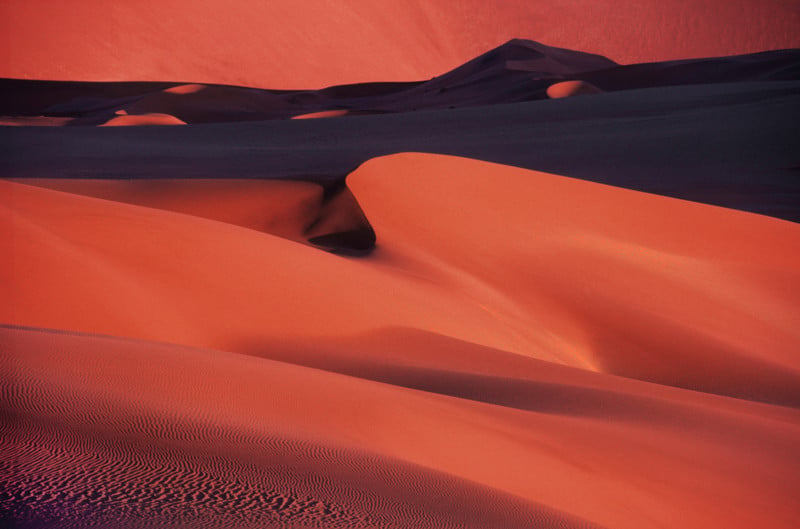 In this place, I was at one with the rocks and the soil. I knew the sweet fragrances that drifted on warm spring breezes and the driving nor’ westers that presaged winter. Every spring I watched swollen brooks carry blocks of melting ice and river shallows where schools of minnows darted about. A fire warmed our home but occasionally escaped to destroy a house or a barn. These are all expressions of the four Earth elements. Nobody ever had to explain that all these natural things contributed to my spiritual and physical well-being. I just knew. 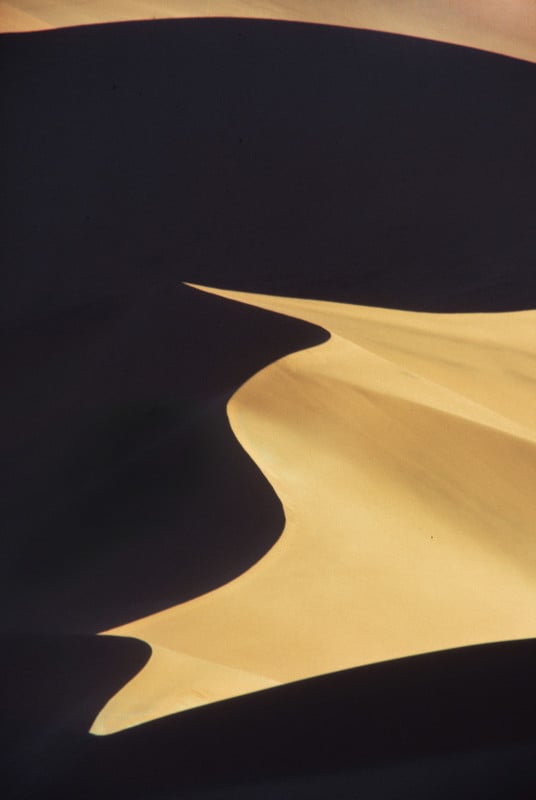 This sense of connectedness is even more fundamental than melding with a birthplace. Maybe it’s in our very bones, so to speak. After all, every lifeform has climbed the same evolutionary ladder.

Personally, I feel this is likely the case. Although many of us, as children, have had the privilege of learning about our prehistoric connections, I believe every adult is capable of finding the treasure, wrapped in wilderness and silence.

The article is courtesy of ELEMENTS Magazine. ELEMENTS is the new monthly magazine dedicated to the finest landscape photography, insightful editorials and fluid, clean design. Inside you will find exclusive and in-depth articles and imagery by the best landscape photographers in the world such as Freeman Patterson, Bruce Barnbaum, Rachael Talibart, Charles Cramer, Hans Strand, Erin Babnik, and Tony Hewitt, to name a few. Use the PETAPIXEL10 code for a 10% discount off the annual subscription.

About the author: Freeman Patterson combines a deep love of photography with an open and engaging teaching style. Many around the world have come to know his warmth, thoughtfulness, and generosity through his seminars with large groups of 50 to 4000 – in the visual arts, music, education, and ecology. His personal work ranges from documentary to impressionistic, and always resonates with themes inherent in the natural world. His images have been published in numerous books, magazines, journals, newspapers, and advertisements, and have been exhibited around the world.

Freeman is the author of numerous books, including Photography for the Joy of It, Photography of Natural Things, Photography and the Art of Seeing, Namaqualand: Garden of the Gods, Portraits of Earth, Photo Impressionism And the Subjective Image, Shadowlight: A Photographer’s Life, and Odysseys: Meditations and Thoughts for a Life’s Journey. He currently lives on an ecological reserve in Shampers Bluff, New Brunswick, Canada.