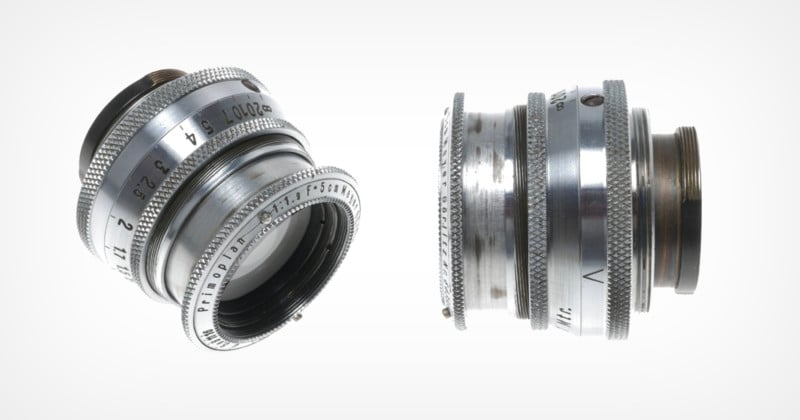 A rare, collapsible version of the Meyer Primoplan 5cm f/1.9 LTM Leica M39 mm RF — valued at $50,000 — was listed for less than a day before the seller received a private offer to purchase it. Just a few months before, it was scooped up at a flea market for just $10.

While the sale is pending, it shows just how hot the market is for rare, vintage Leica collectibles.

Jean-Louis Beek who runs the vintage camera shop Cameratique says that the lens was purchased about three months ago in South Africa at a flea market, where it was picked up for a “what is equivalent to $10.”

“The new lucky owner then advertised it on a local online auction webpage where a photographer recognized what it was and purchased it for a substantial amount more. He then on-sold to me,” Beek explains. “I then brought it to the international market where it will probably end up in the hands of a high-end collector.”

He says that he expects that after it is sold, it could be up to another generation before it appears for sale again.

“And so the life cycle of such a rarity will continue,” he says.

Beek tells PetaPixel that the interest in the lens even exceeded his expectations.

“It’s a small world of capable buyers at this level,” he says. “And word can spread fast amongst them.”

The lens is a screw-mount type produced by Meyer Primoplan and while exceedingly rare, the specific history of this lens was not known to Beek as it –and lenses like it — is particularly difficult to categorize and value, as its history is are not well documented. 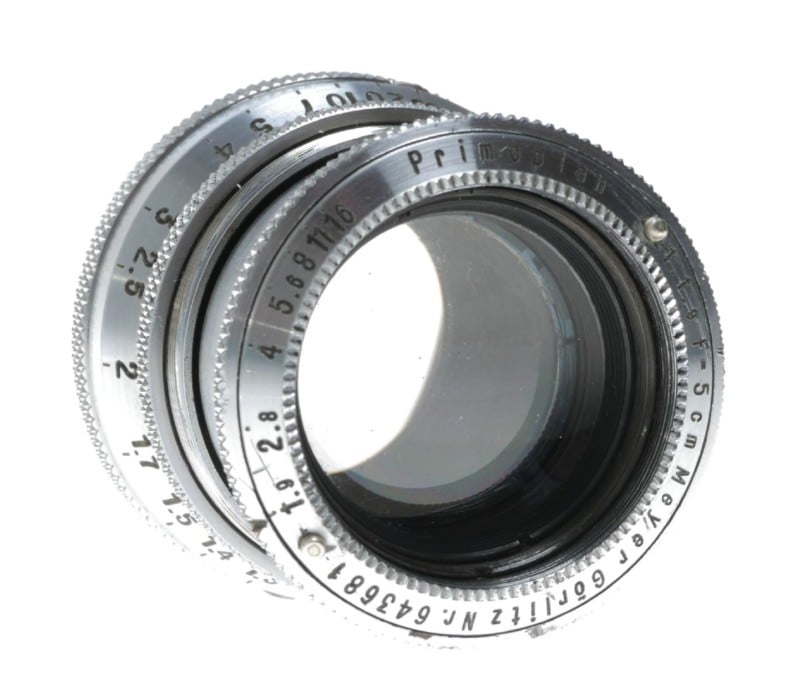 “The problem with these items is that they are so limited, there is little or no reference to them anywhere,” Beek says. “No online images to work with, no previous recorded sales history that factor in the fast increase in value these items are experiencing, mixed with the ability to use these lenses on modern cameras easily today and produce outstanding results,” he says.

The image below was captured using the lens and shows that it still maintains its optical quality to this day. 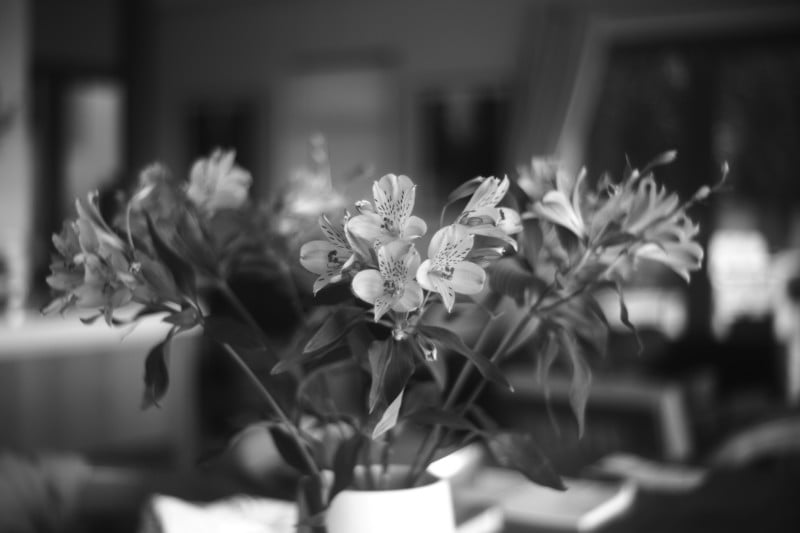 “Factory archives are limited if available at all, and access I certainly do not have to these records of the wartime-surviving company Meyer Optic that also went bankrupt a few times during its lifespan.”

An added wrinkle to valuation is how rarely the lenses actually show on the public market. 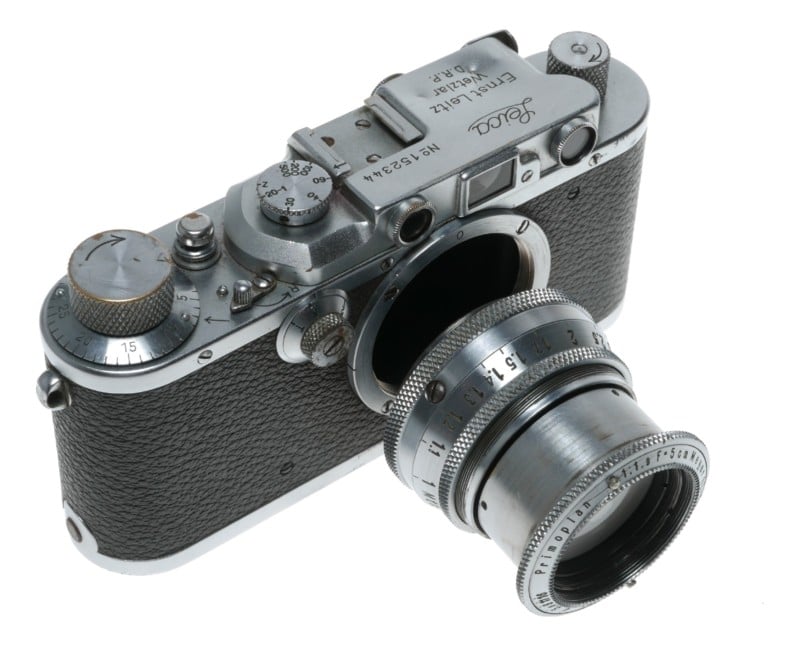 “These rare optical artifacts are also difficult to estimate the values of, as a lot of the trades taking place are happening behind closed doors. Not all are online and visible to the public,” Beek says. 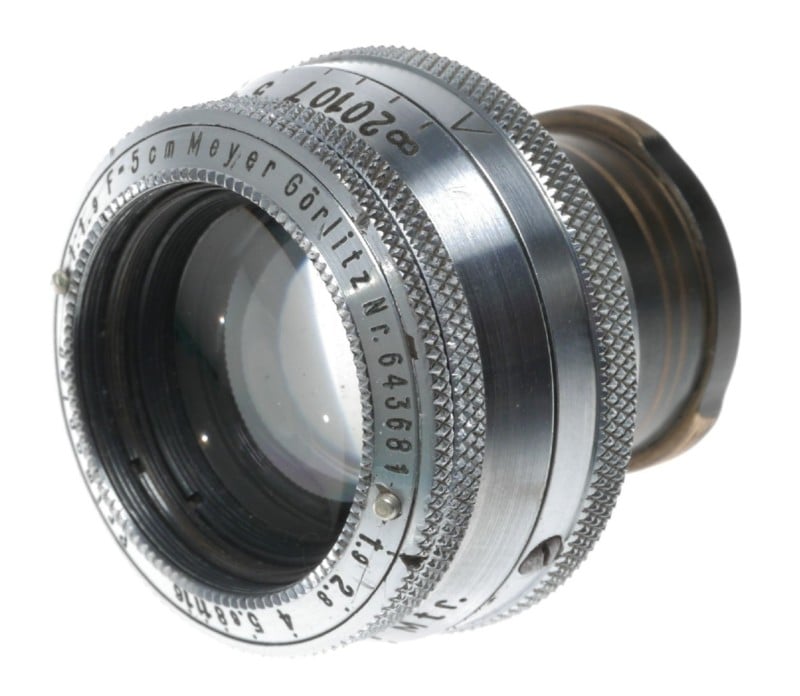 The lens is still available to see on Cameratique as Beek considers the private offer — a value which he prefers not to disclose while the sale is pending — and is described as such:

When a bright light is used to inspect the lens, dust is visible, this however does not affect performance of the lens in any manner at this stage. There are barely visible with the naked eye light fibres that are the beginning of fungus at a very early stage. When inspecting the front element with a loupe, as always light cleaning marks and hairline scratches are visible with great effort. The rear element appears flawless.

So, for ultimate performance and optical perfection this lens should be cleaned. I have not done this, as I believe for a lens of this calibre, the new owner would like to use their own people to do the job. There is no evident haze, the 10 aperture blades operate smoothly and produce a beautiful circular bokeh. The lens shows usual wear marks for a lens of this age. It has been used and it reflects in the cosmetic condition as visible in the pictures in the listing. The focus is a little stiff for my liking but works accurately with a little more effort than usually needed such as on a modern lens. Again, a service will sort this out. I have also included lens caps as visible in the images.

Needless to say, there is no other lens like it with a Leica M 39 LTM screw mount available on the global market at this stage and they do not appear ever! You will find a Hugo Meyer Kino Makro Plasmat Leica M before you will find another one of these for sale again.

While the value of this particular lens seems high, it’s not out of the ordinary. Vintage Leica lenses and cameras regularly sell for enormous sums at auction. In December of 2020, a rare Leica lens was sold at auction for $290,000, while earlier that year a prototype L-mount Nikon rangefinder sold for $468,850. Most recently, a Jony-Ive-designed Leica prototype is expected to sell for at least $200,000.

Image credits: Photos by Jean-Louis Beek and used with permission.

Review: The Pentax K-3 III Proves That DSLR Tech is Far From Finished