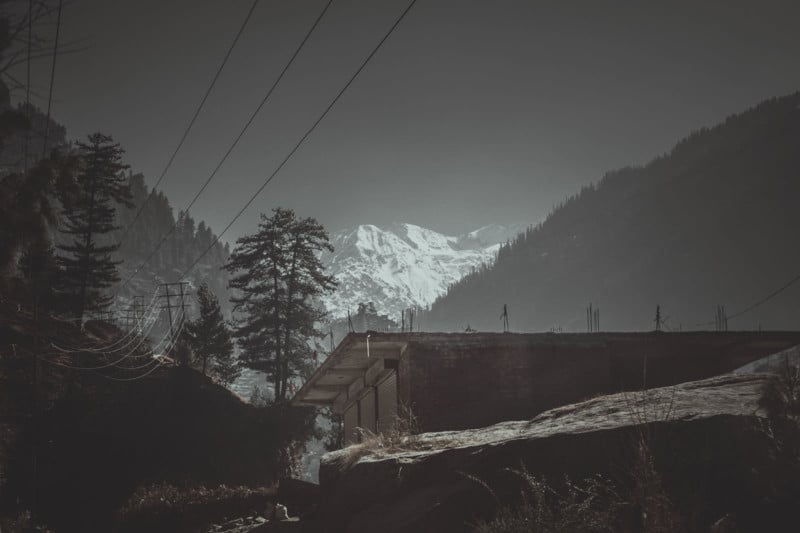 The winter sky was dark and vengeful. The frigid wind was skin-seeping cold and it lashed us without mercy. Although, it carried a fragrance with it. It was spirit refreshing to smell the mulchy mix of the forest’s perfume. Four guys stood at the foot of the angel-white mountain.

From the base, we gazed up at the rugose and rough-hewn mountains with a sense of awe. They were mysterious and catacomb quiet. The mountains hemmed us in on all sides, daring us to reach their stalagmite-shaped peaks. We could sense that climbing this zephyr haunted mountain would not be a cakewalk. Yet climb it we would, as that was our goal. 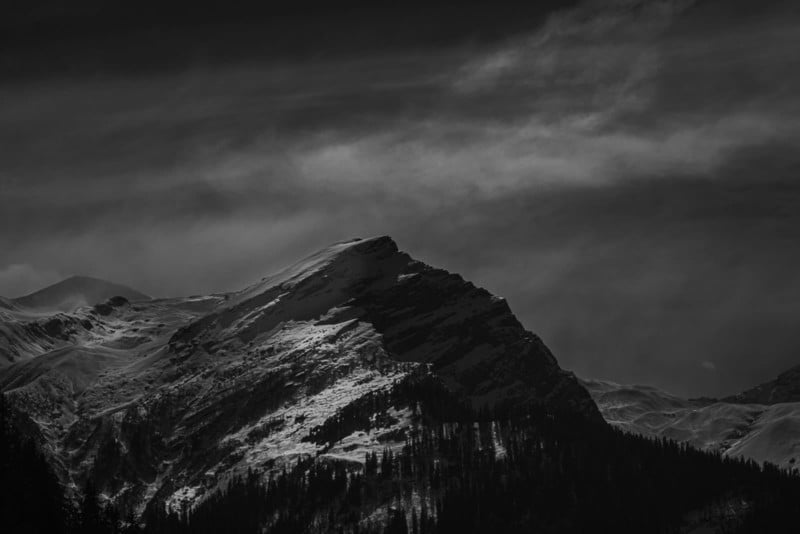 A few kilometers up, I saw a heavenly light illuminating the jagged mountains in front of me. The sun was palely shining, as if through frosted glass. The interplay between snow on the mountain and the sunlight were giving the effect of a silvery serpentine path carved on it. There was a dreadful silence. Nothing stirred. Nothing sounded. Nothing sang. The silence was ruptured by the sound of the electronic shutter of my camera as I captured this frame. 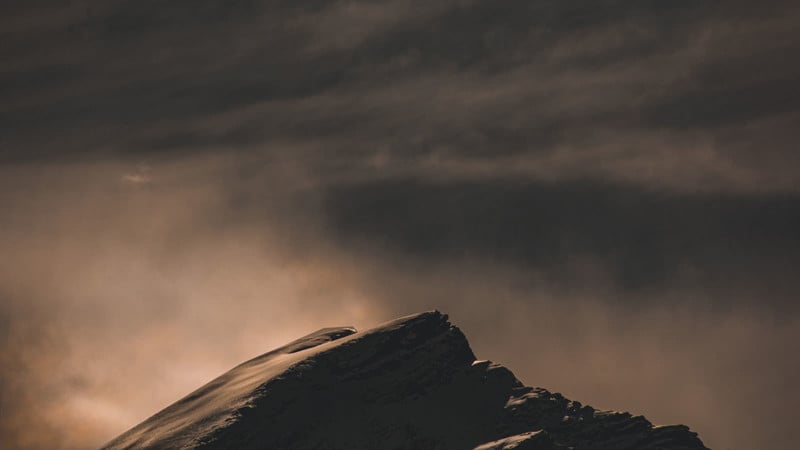 As we trekked the craggy mountains of Kheerganga, we witnessed only a bank of iron-grey clouds. My dreams of capturing the clear night sky filled with twinkling little pulses of light were shattering with every passing minute. We reached the top, set-up our camp and were just about to prepare instant noodles as the dusky clouds acquired a deep-orange shade. It almost looked like we were transported to one of those Blade Runner-like dystopian futures. The skyline lit up with a sunset-gold glow. There was a storm a-brewing. The screeching winds were dreadful. 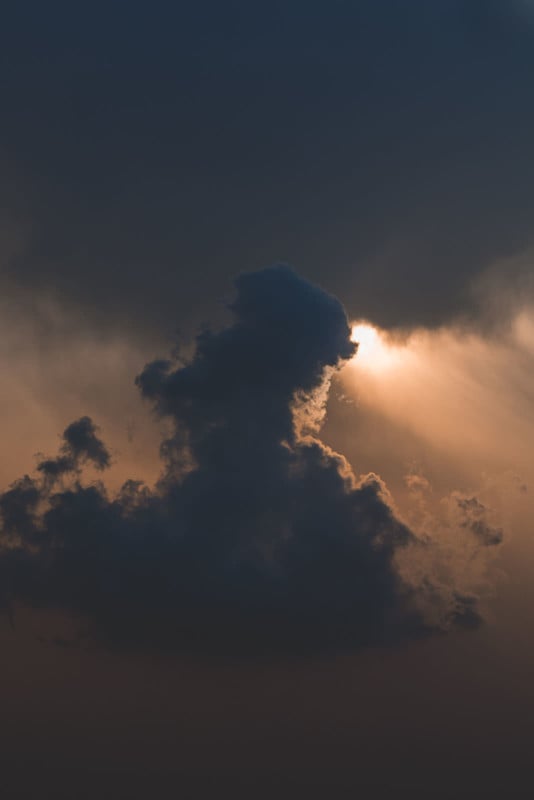 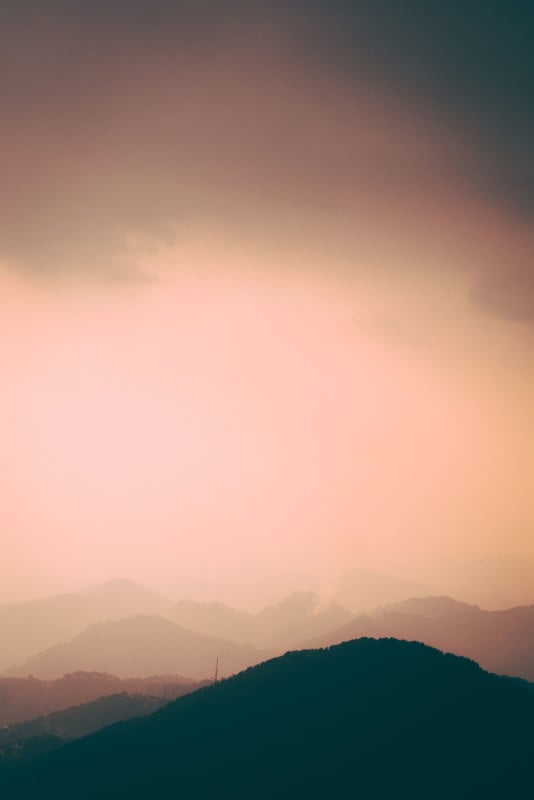 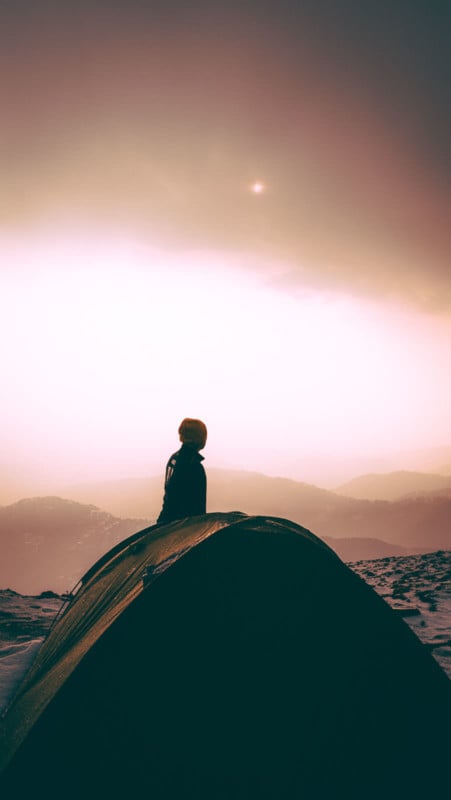 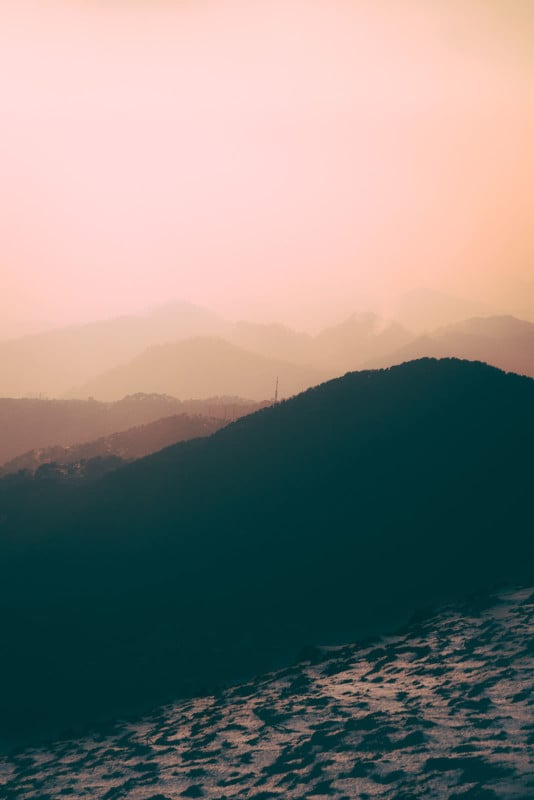 All of a sudden, a gentle hush cloaked the land and we witnessed lambent lighting as bright as the crawling cracks on stained glass. Then came the hailstones. They were bone-white and as big as baseballs. They bombarded us with their spite and I had to put my rucksack above my head. We found shelter in our camp.

After a quarter of an hour, the bombarding stopped. We got out of our tent and fluttery snowflakes puffed down on me, sylphlike in their airy silence. When they landed, they glinted like pulverized diamond dust. It was as if I was walking through an outdoor version of the mines of Solomon, a sparkling winterscape of white and silver.

The storm had passed us but we could still it in effect at a distance. It was one of those rare sights when we witnessed nature’s take on the color wheel in front of us. We witnessed one of the most beautiful sunsets we have ever seen in our lives. Having had an active photography session in the evening, we retired to our camp. 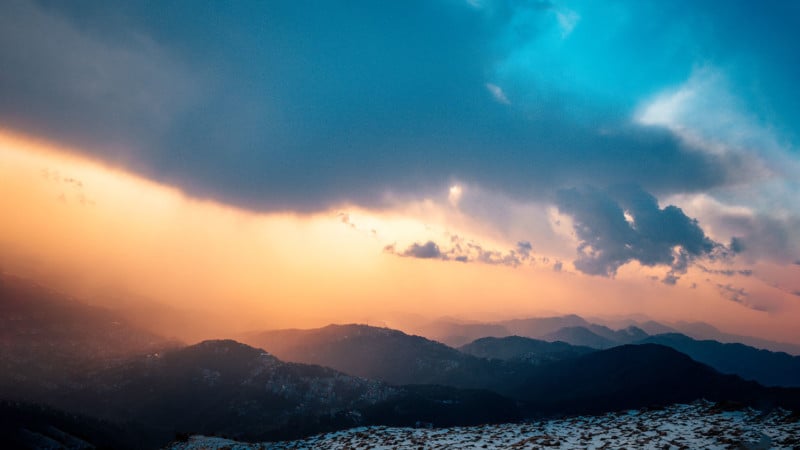 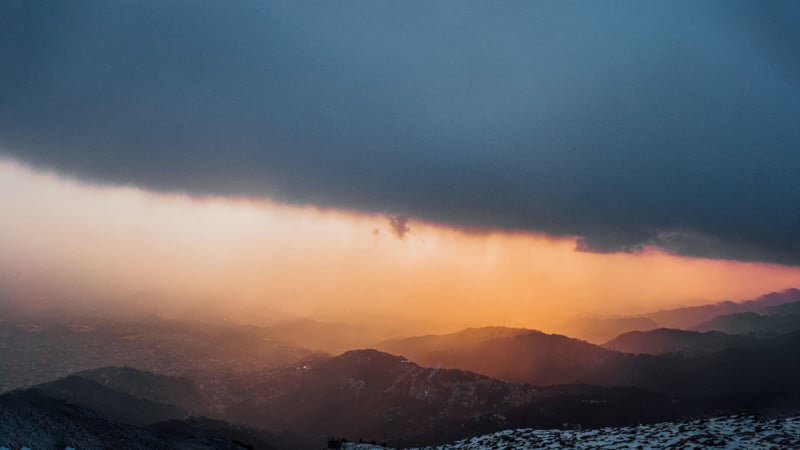 It was 12:07 AM. I made my way away from our camp, towards the serrated snow-cloaked mountains. Night’s dark mantle closed in around me with stars being the only source lighting up the otherwise unilluminated area. The stars were like lucid snowflakes of silver as they sprinkled the night sky.

I set up my tripod looking at those luminous pinpricks of glinting silver. The soughing winds moaned through the invisible (because of the darkness) leaves on the nearby trees. It was indeed, cosmic! 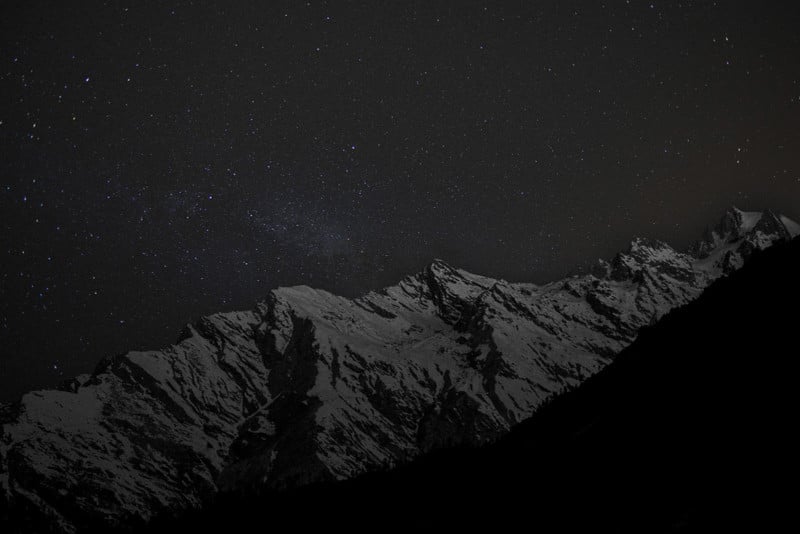 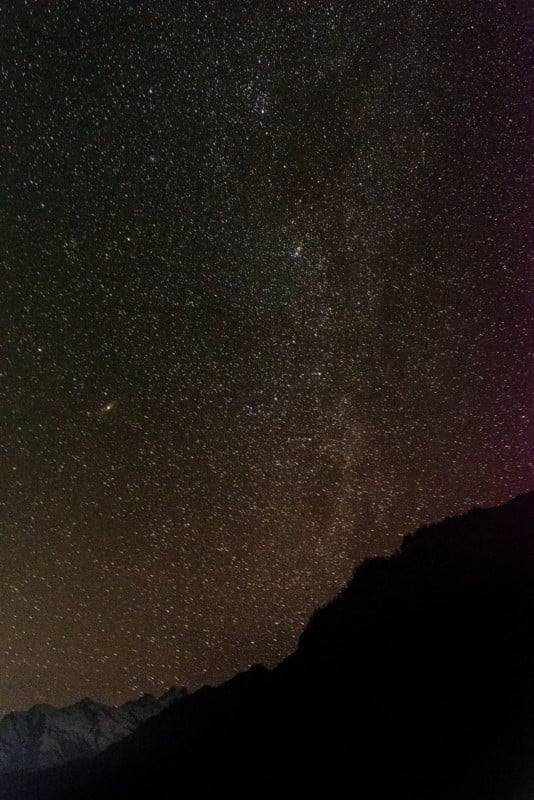 I feasted my eyes one last time on night’s transcendental beauty and returned to the camp for a power nap. I woke up a couple of hours later and hurried outside to catch the sunrise. The last of the morning’s stars were still glinting like silver pinpricks.

The morning had a cloudy start and it meant that the golden globe in the sky wouldn’t be up soon. An hour later, rods of golden light appeared from the back of the mountains. Lances of light spilled across the sky like tracers of fire. Luminous-gold lightning flared the landscape. It was breathtaking! 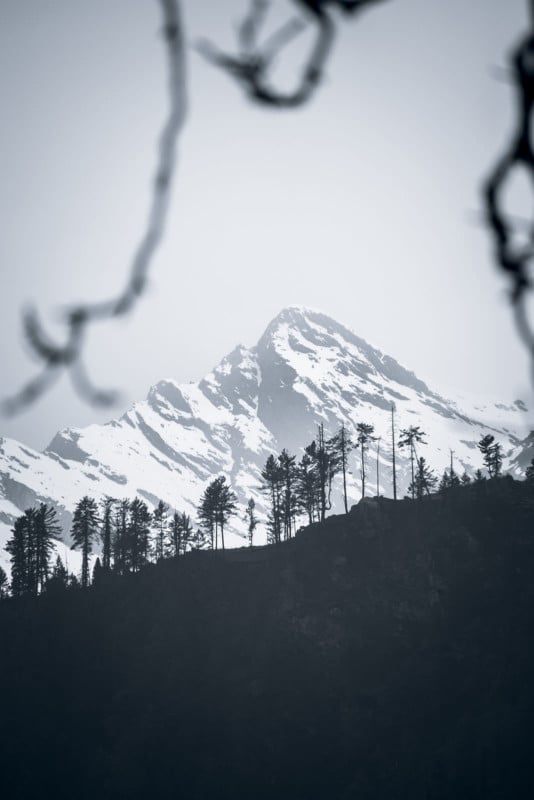 As the golden disc rose higher in the sky, everyone at the camp started to wake up and relish the lode-gold aura. We began our descent. The atmosphere and the mood were the polar opposite of what we experienced during the ascend.

A cloak of the paradise-blue sky was knitted with clouds. It was high and bright, a continuum of delight that salves both spirit and soul. Squillions of glint-silver dewdrops are sprinkled on the grass like stardust. Overhead, an exodus of banished birds appears as if out of a Celtic fairytale. The pumping heart of nature was beating. 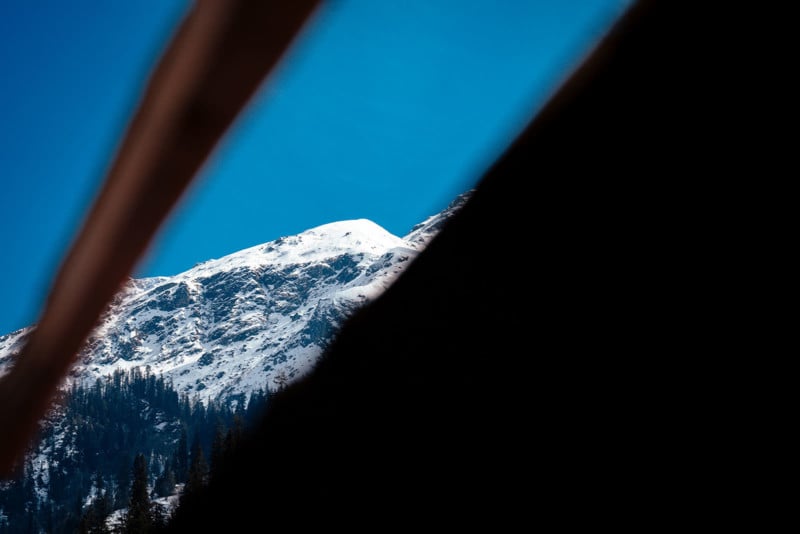 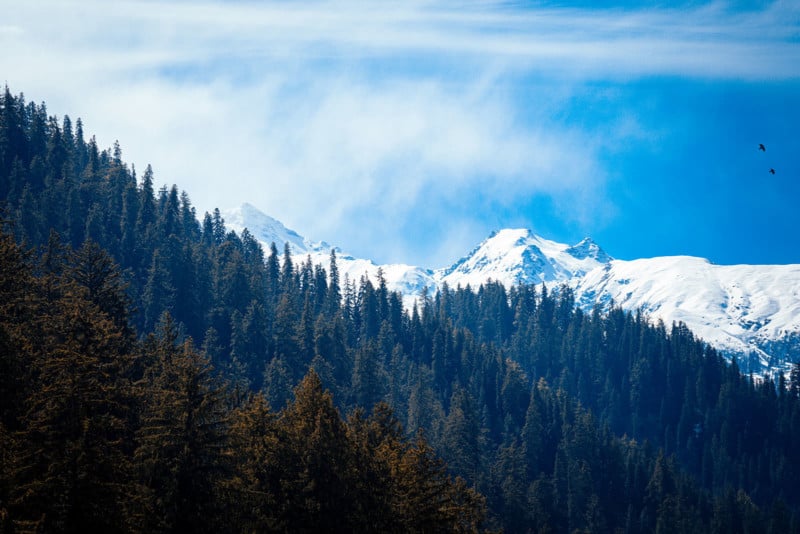 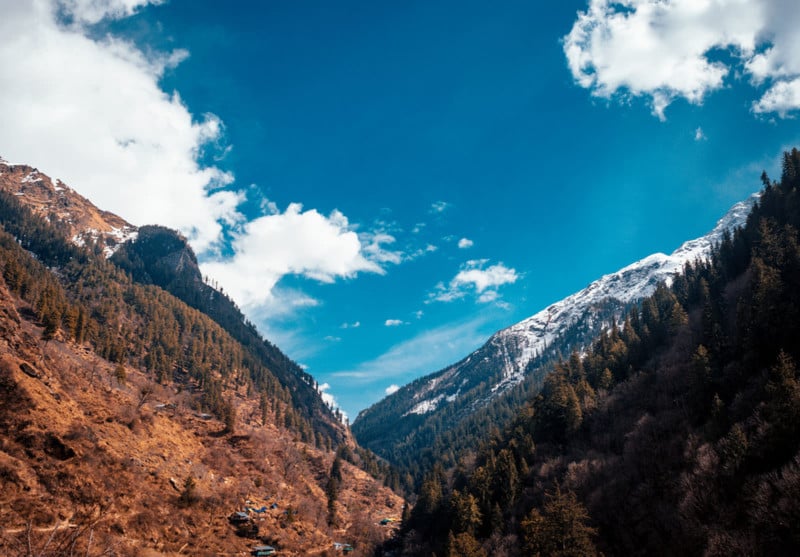 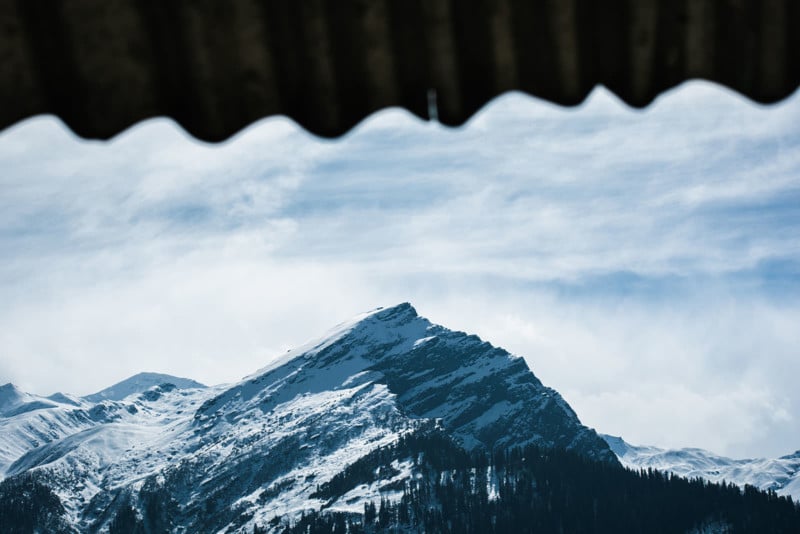 We completed our descent and as we moved further away from the base of the sky-kissing mountains, I decided to stop: to soak-in the journey, to appreciate the ethereal beauty of the stars, the ornamental beauty of the land, and to let the spiritual beauty of nature seep into me further. A winter-white moon hung in the sky. Chords of moonlight lit the scene. It was captivating.

I took a deep breath, half-pressed the shutter button on my camera to focus, and made the final exposure of the trip: the crescent moon hung in the Babylon-blue sky like a shimmering disc of silver and the frame filled with silhouetted sprawling trees. A magical end to a memorable expedition! 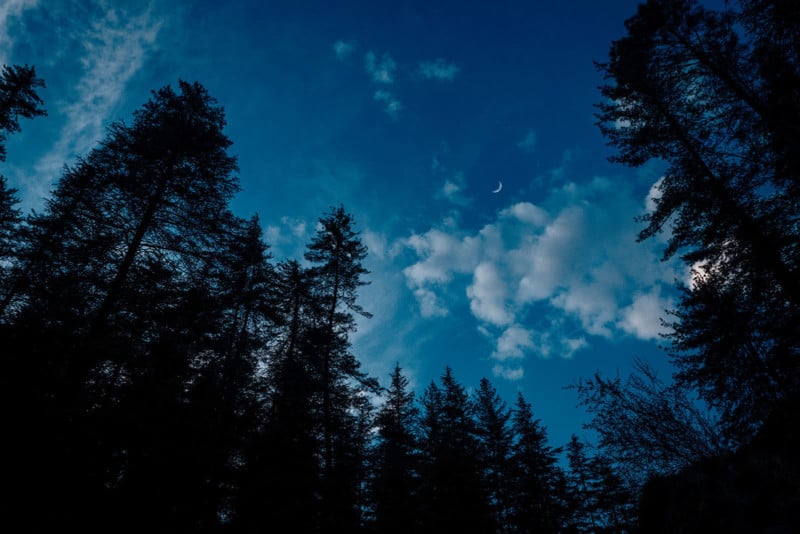 Is life all about reaching the destination? Or is it about stopping along the way, enjoying the journey and, finding peace somewhere in between?

During this expedition, climbing mountains, meeting new people, experiencing new places, always being somewhere in between, I realized that in life as well, we are always somewhere in between. I have tried to draw a parallel from traveling to our lives through this short-film. Do give it a watch.

About the author: Abdullah Saghir Ahmad is a landscape photographer and filmmaker based in Nawabs, Lucknow, India. The opinions expressed in this article are solely those of the author. You can find more of Ahmad’s work on his website, Twitter, 500px, and Instagram. This article was also published here.

Jony Ive-Designed Leica Prototype May Fetch Over $200,000 at Auction