It’s one thing to hear tips on how to be a better photographer, it’s another to actually watch photos come together in real-time. Photographer Michael Shainblum created this 13-minute video where he takes you on a first-person narrated photo outing to show you how he makes his images.

Michael Shainblum is one of the most talented landscape photographers you can find, and prior to the COVID-19 pandemic was hosting some extremely valuable workshops. In lieu of being able to do those, videos like the one above offer a first-person perspective on how to shoot different scenes, what to look for, and how to react to changing light and environments. In essence, the short video is like a full afternoon’s worth of hands-on teaching that you can partake in from the comfort of your desk.

What makes Shainblum’s video so valuable is that it’s not just a vlog, but a narrated video where he can look back at what he did on the shoot and explain why he makes certain decisions.

For example, in the image below, Shainblum didn’t just snap this photo and call it good: it was the result of testing several different perspectives and both landscape and portrait orientation. He also explains why the image looks good, putting to words what your eyes are seeing. 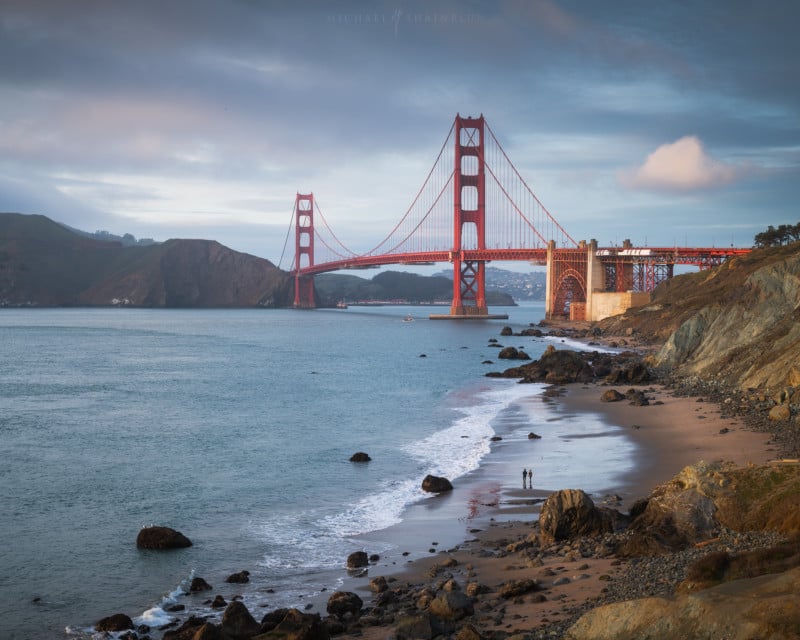 In the images below, Shainblum explains the two images he makes and why each is successful. In the first, wider shot, he liked how the rocks in the foreground not only supplied an interesting element but actually draw the eye towards the bridge thanks to the triangele-like orientation. 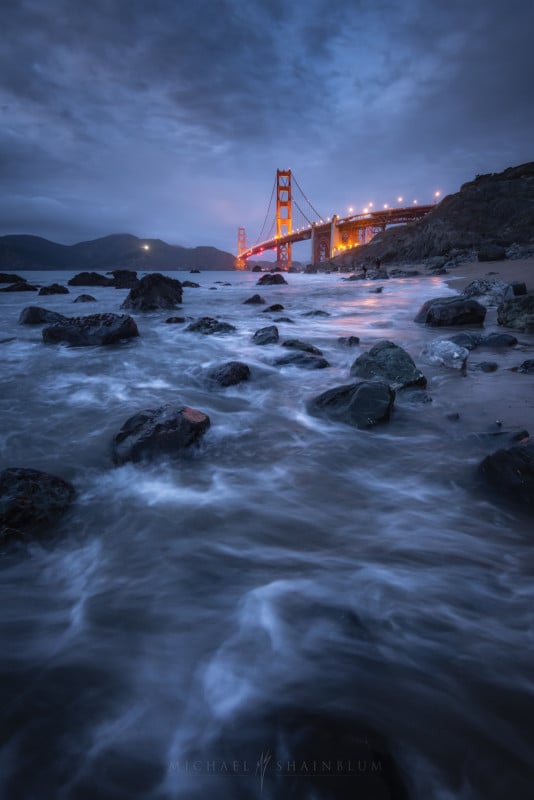 In his follow-up image, a slight repositioning allows him to get the waves, shoreline, and reflections together into an entirely different looking but still successful photo. 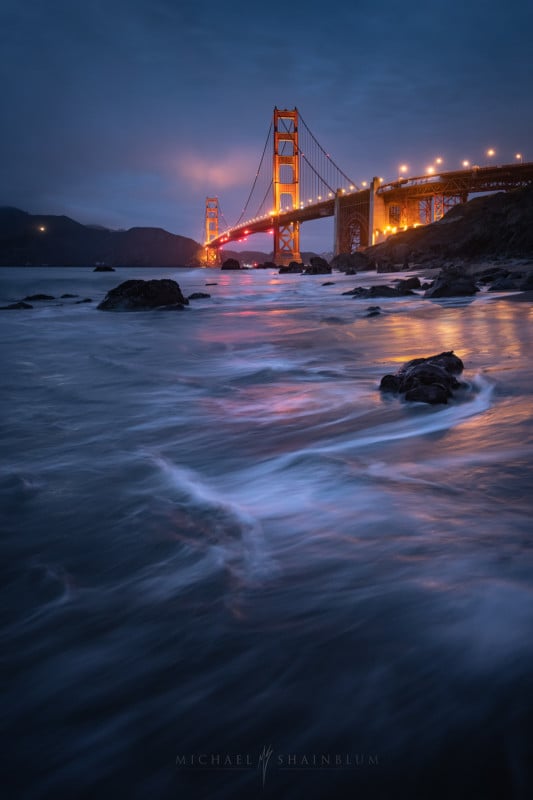 Below are other images he captured during his afternoon near the mouth of the San Francisco Bay. What you should note is that not everything is a “traditional” landscape: Shainblum pays specific attention to the entirety of his surroundings, even what is below his feet. 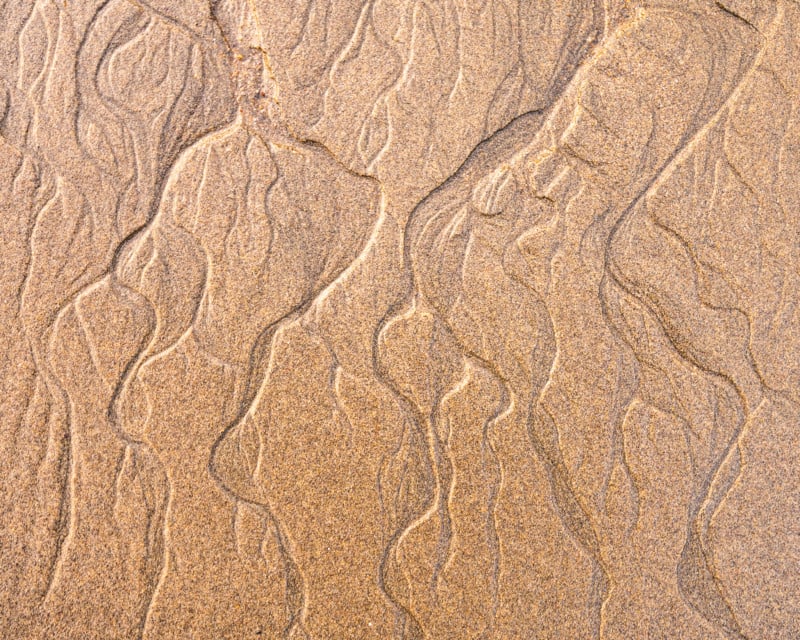 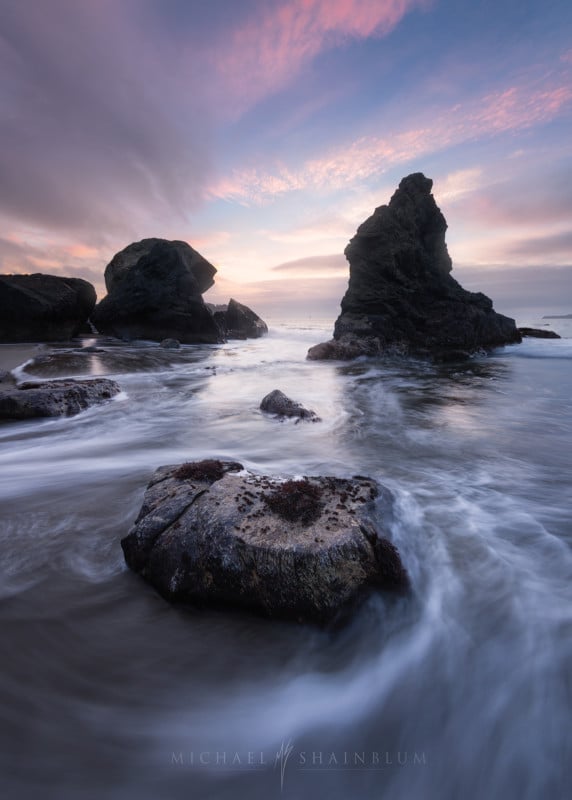 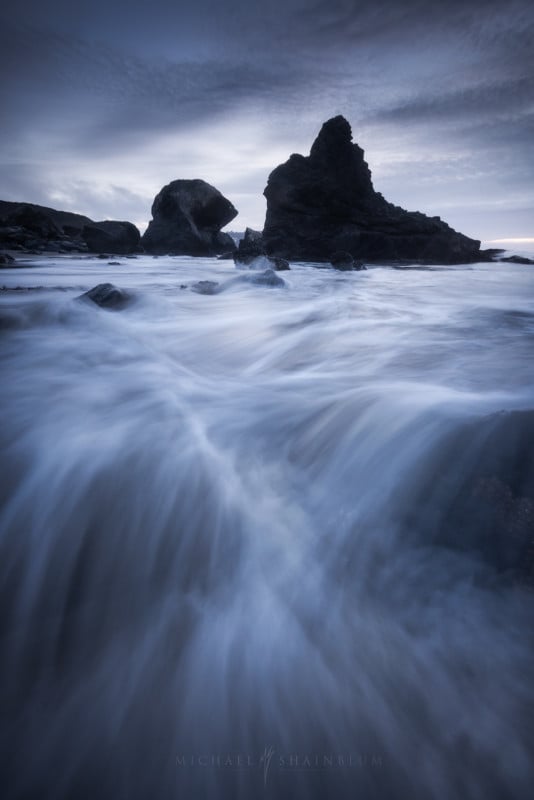 For those looking to become better landscape photographers, there is a monumental amount of information to be gleaned from the short video. For more from Michael Shainblum, make sure to follow him on Instagram and subscribe to his YouTube channel.