Many cameras these days can use GPS modules to geotag digital photos with the exact location they were captured from. If you have an outdoor photo with no geolocation data, however, all you need to do is bring it before Tom Davies, a geography wiz who can study the features in a photo to deduce where it was shot, sometimes with an accuracy down to several feet.

For an example of Davies’ powers, just check out the video above starting at the 18-minute mark. Davies is given the following street photo showing a rather nondescript scene containing few features that would reveal its location for most viewers: 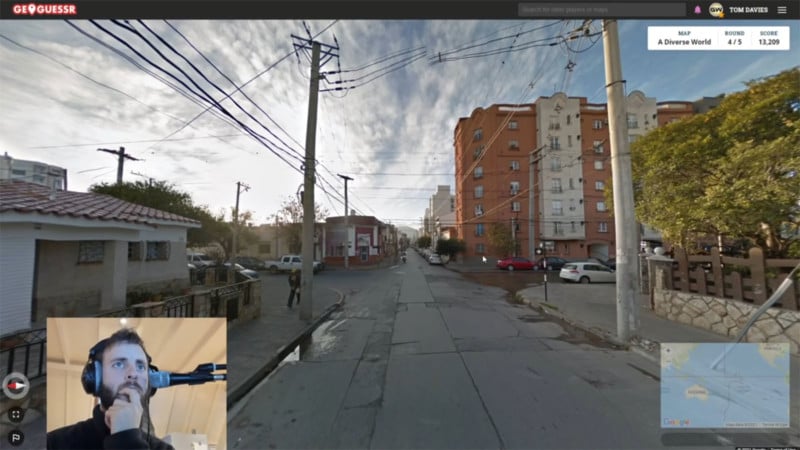 Davies is initially baffled by the photo due to the lack of obvious tells.

But as he studies the photo, he picks up on tiny things that help fill in the puzzle — things like a sign on a building, the mountain in the background, and the types of cars seen on the street.

“I think it’s Argentina,” Davies concludes after a minute. “So I’m going to find a city in Argentina that’s got a mountain in the distance. The reason I’m saying Argentina is just because it’s flat and just the way the buildings look.”

Davies then zooms around in Google Maps to find an Argentinian city with a mountain to the east. After a minute of considering several big cities, he finds a medium-sized one that does fit that description: Salta.

Figuring out the exact location of the photo within Salta involved noticing a church in the distance, seeing a street name that starts with the letter ‘C’, and spotting a business name that could match the fuzzy sign on the street corner.

It takes just 5 minutes for Davies to figure out the exact location with a guess just 10 yards from where it was actually shot. 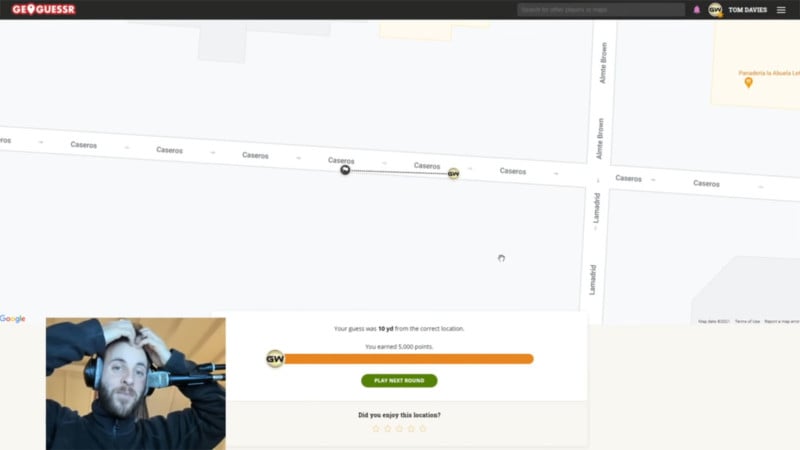 Here’s another video that demonstrates Davies’ abilities — he has just 10 seconds to guess each photo’s location so there’s not much time to study the image or think:

Davies is based in England and goes by the pseudonym GeoWizard online. He has attracted over 750,000 subscribers on YouTube with his amazing geography powers. The location guessing game he plays in his videos is a popular freemium browser-based one called GeoGuessr.

DJI FPV Review: A Racing Drone for the Non-Racing Pilot