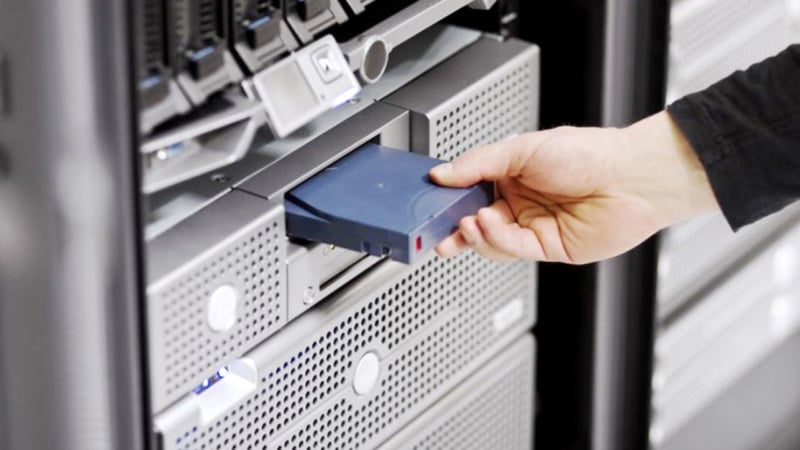 Fujifilm has announced that it has set a new world record by creating a magnetic storage tape that can store a staggering 580 terabytes of data.


The breakthrough, developed jointly with IBM Research, uses a new magnetic particle called Strontium Ferrite (SrFe), commonly used as a raw material for making motor magnets. Fujifilm has been investigating Strontium Ferrite as a possible successor to Barium Ferrite (BaFe), which is the leading material today.

SrFe has been found to have higher magnetic characteristics and 60% less particle volume than BaFe. And like BaFe, SrFe is a chemically stable oxide, meaning it should perform well for long-term data preservation.

“SrFe is a magnetic material that has very high magnetic properties and is stable to maintain high performance even when processed into fine particles,” Fujifilm says. “Magnetic tapes used in this test have been produced at the company’s existing coating facility, confirming the ability to support mass production and commercialization.”

Data on the tape is stored at a record-breaking density of 317 gigabytes per square inch thanks to new technologies developed by IBM, including a new low friction tape head technology and the actuators and servos behind it. The head’s speed and accuracy are remarkable.

“Just let me geek out for a second,” writes IBM research manager Mark Lantz. “When tape is being read it is streamed over the head at a speed of about 15 km/h and with our new servo technologies we are still able to position the tape head with an accuracy that is about 1.5 times the width of a DNA molecule.”

The resulting data storage capacity of the new tapes is roughly 50 times greater than the current cartridges on the market today.

All that data can now fit in a tape cartridge in the palm of your hand. 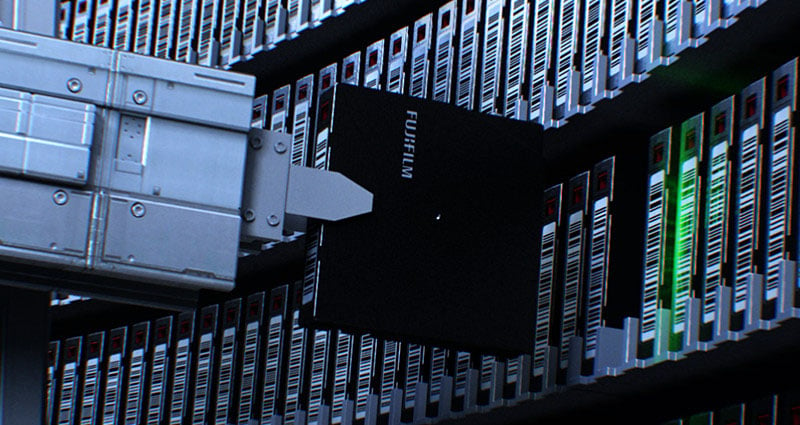 “In terms of costs, storing data on tape is pennies per gigabyte and when not in use, tape requires no energy unlike hard disks and flash,” IBM writes. “Put simply, tape-stored data ensures that cloud providers will have the data they need when they need it.

“In addition, when stored properly, data recorded on tape today will still be readable in 30 years.”