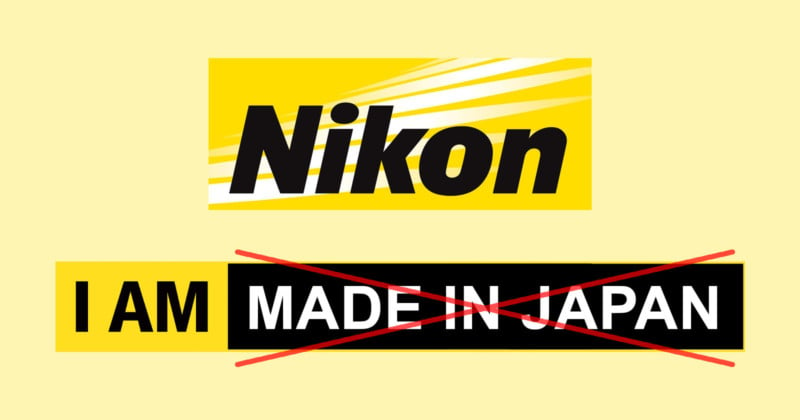 Nikon has fallen on hard times as of late as its camera sales have cratered, and now there’s a new indicator of how dire its financial situation is: the company is reportedly pulling the plug on making cameras in Japan after over 70 years of doing so.


The Japanese newspaper Asahi reports that Nikon is pulling the plug on its Japanese camera factory and moving camera production entirely to Thailand in order to cut costs.

Nikon had been operating two camera factories: one in Sendai in the Miyagi Prefecture of northern Japan and one in Thailand. Nikon had already moved production of its Z6 and Z7 mirrorless cameras to its Thai factory, and now the company will be moving manufacturing of its D6 DSLR to Thailand by the end of 2021 as well as it ends its “Made in Japan” era, Asahi reports.

Nikon’s Sendai factory opened in 1971 and has served as the company’s “mothership” manufacturing plant for nearly half a century, advising the technical operations of factories outside of Japan. The factory was damaged in the massive earthquake that struck Japan back in 2011.

The company’s Thailand factory was established in 1990 and has become Nikon’s main factory for producing cameras and interchangeable lenses over the past 30 years.

In a statement to Asahi, Nikon states that while camera production will be transferred out of Japan, its Sendai plant will continue product parts for video products as well as serving as an incubator for “new businesses that will support Nikon’s future.”