Photographer Reid Godshaw creates colorful portraits that are one hundred percent unedited and made only with his physical light-painting techniques. He also is dedicated to making as many of them as possible, at no charge to his subjects.

Godshaw says that each photo he creates takes an average of two to three minutes to produce, and all of the images are custom-tailored to the subject. 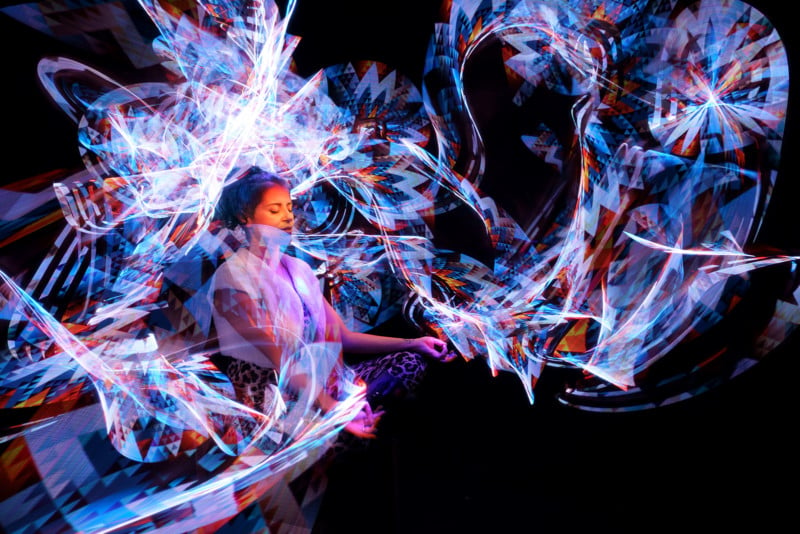 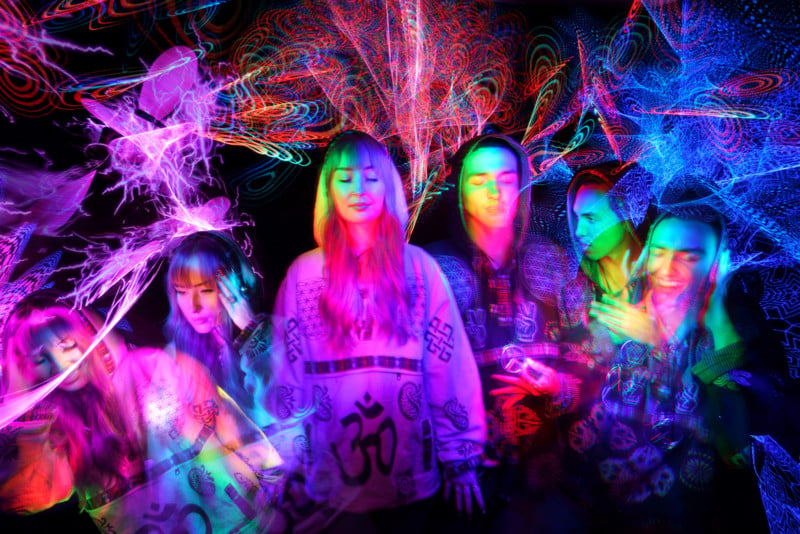 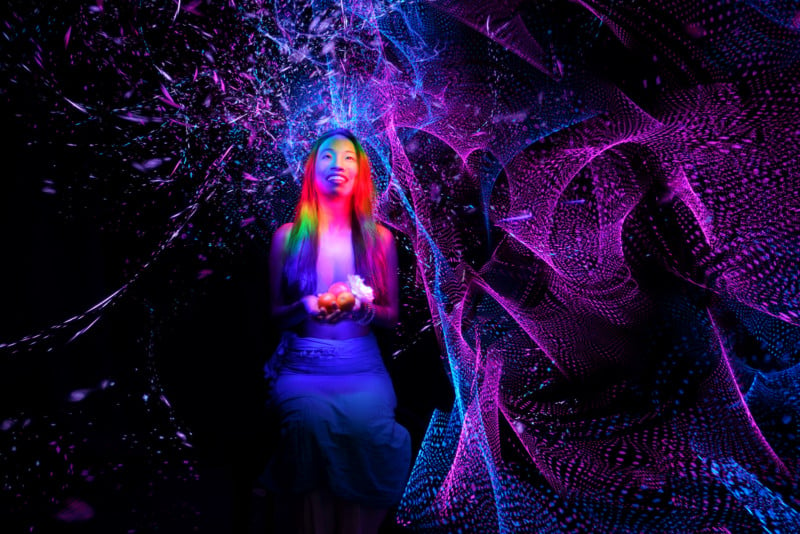 He says he got the idea to start making these kinds of images when he stumbled across other light painting images online.

“I initially found light painting images online that were very creative and unique, people paddling across lakes with LED strips on the paddle, creative portraits, all this variety inspired me to give it a shot myself and try to create something entirely new,” Godshaw tells PetaPixel.

“It took me only hours of shooting to see the amount of potential – when limiting myself to creating only new things without following any how-tos or guidebooks – was infinite, and not long after that to see that this art form was the perfect thing for me to become completely obsessed with, allowing me to passionately affect people’s lives and create imagery that helped people express themselves while making use of my tech background and carving out new methods and tools to push the world forward.” 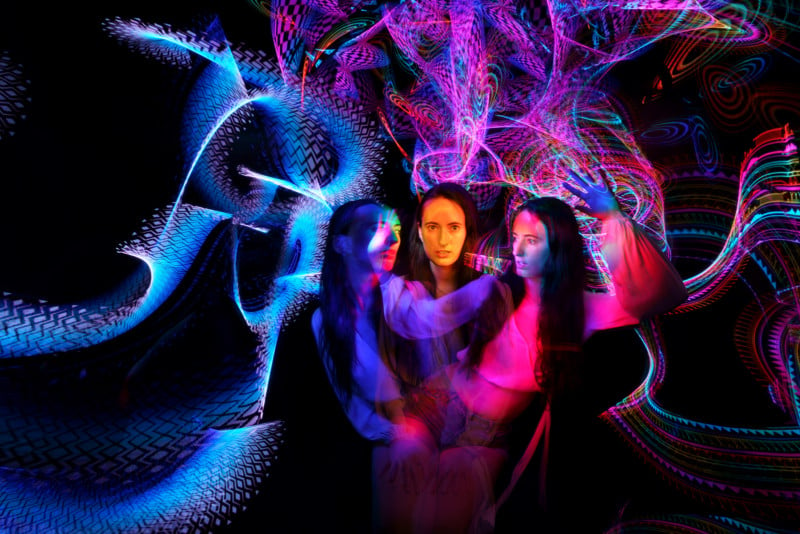 After a few years of creating his portraits, Godshaw started working with LED engineers to have custom-made tools built, well before they eventually became commercially available.

“To this day I am absolutely amazed at this art form and the potential it brings,” he says. “We normally ask subjects a few questions to get in tune with who they are and what they love,” Godshaw says. “All of these images are 100% unedited, created in real life, with real lights, with zero computer-generated imagery or graphic design software to edit the images.” 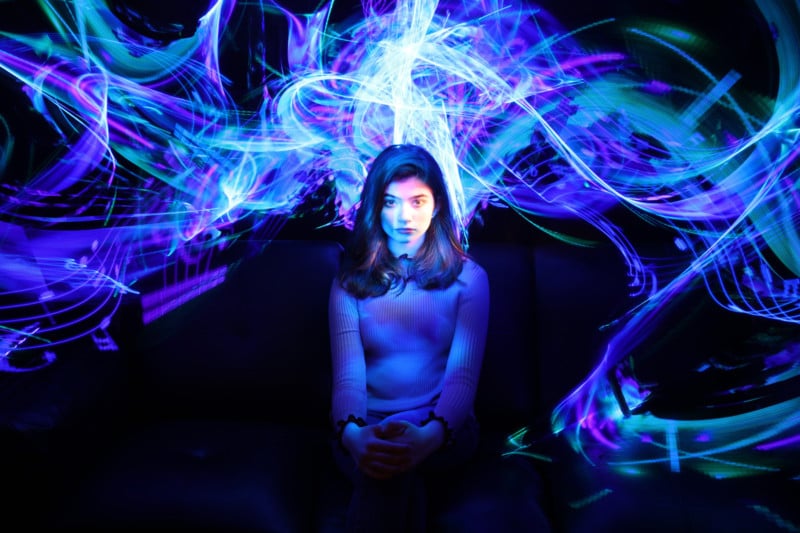 “After a while of shooting for free for my friends at my apartment, one of my friends asked if he could pay me to shoot his birthday party,” Godshaw says. “I was a bit taken aback at first that someone wanted to pay me to do it because I really enjoyed creating them so much.”

He says that money has never been important to him when it comes to taking these photos.

“I soon realized that I really just wanted to create them as often as possible, that if I were to quit my previous jobs (acting and investing) and turn to only evolving this work, and creating it as often as possible, without expecting anything in return, that the impact I could make would be massive.”

Godshaw says he started shooting anywhere and everywhere he could.

“I decided to always make images free for anyone that wanted one, anywhere I was already shooting, and to always spend a large majority of my shooting time doing it completely free without allowing or asking the event to pay me. Obviously, there were situations where I felt that corporations or large events were monetizing my presence in one way or another (branding images, using them for promotional work, sometimes using my work to sell tickets for events that had a more commercial feel to them) and in those situations for companies that weren’t nonprofits or charities, etc that I aligned with that it 100% made sense for me to charge for my presence and enable them to support my mission in creating more and more impact elsewhere.” 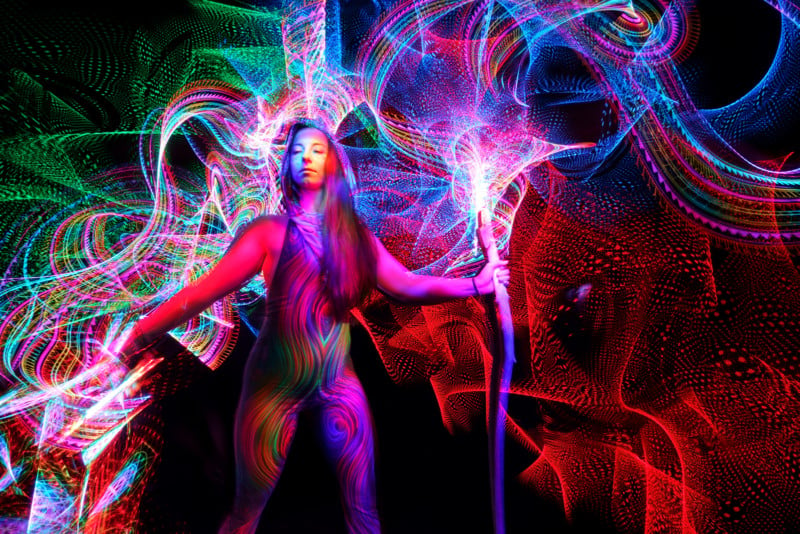 Godshaw has been producing these images for various gatherings since 2014, and in a matter of a few years he was creating images at some of his favorite festivals including Lightning in a bottle for the past seven years, Lucidity for the past five years, The DoLab Stage at Coachella, Ignight flow retreat, and many others.

“My number one favorite space to create is Burning Man!” Godshaw says. “I started creating for the Burning Man community long ago, which heavily influenced my ideals and values going forward.” 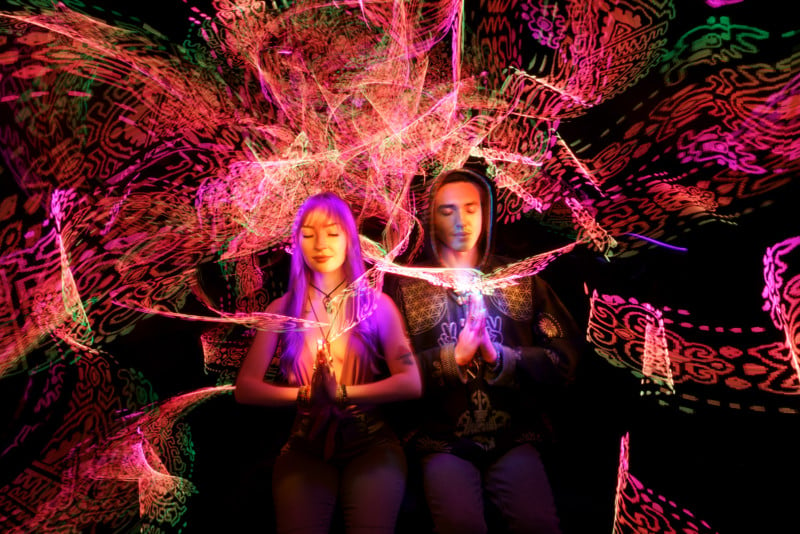 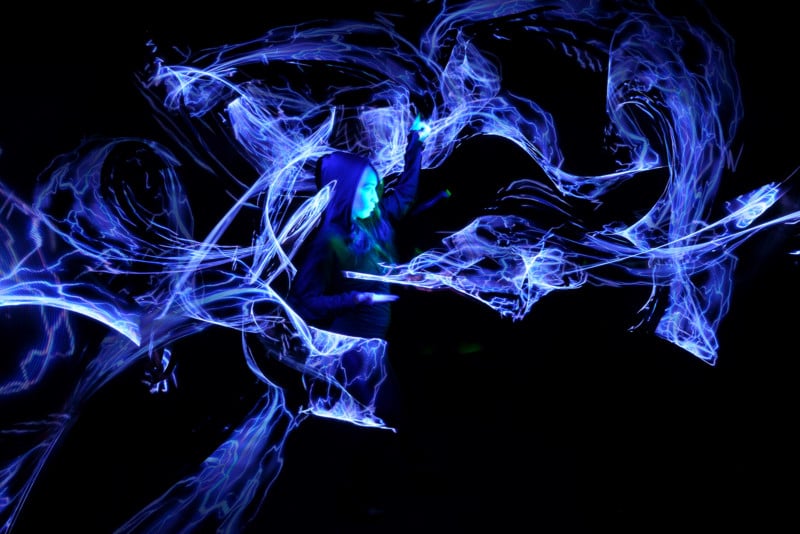 “We have created images for free at over 80 festivals around the country, for well over 100,000 people,” he says. As expected, 2020 has been especially challenging for Godshaw.

“I have shot very few events this year due to the pandemic,” he says. “Unemployment has been a godsend enabling me to stay at home and slowly transition to a virtual photo booth where I ask subjects to fill out a form and provide information about themselves as well as an existing photo and we create a custom light painting to make the best of the situation we are in.”

His virtual photo booth signup form can be found here, and Godshaw was adamant that despite it all, he is dedicated to keeping his process completely free of charge.

Thankfully I don’t require any physical contact with people for my work, so it’s very possible to do a socially-distanced version,” he says. “Regardless, let’s all hope with the upcoming vaccine and everyone doing their part that we can all be back in a reality where interactive, in-person experiences can be had without putting anyone in danger.” 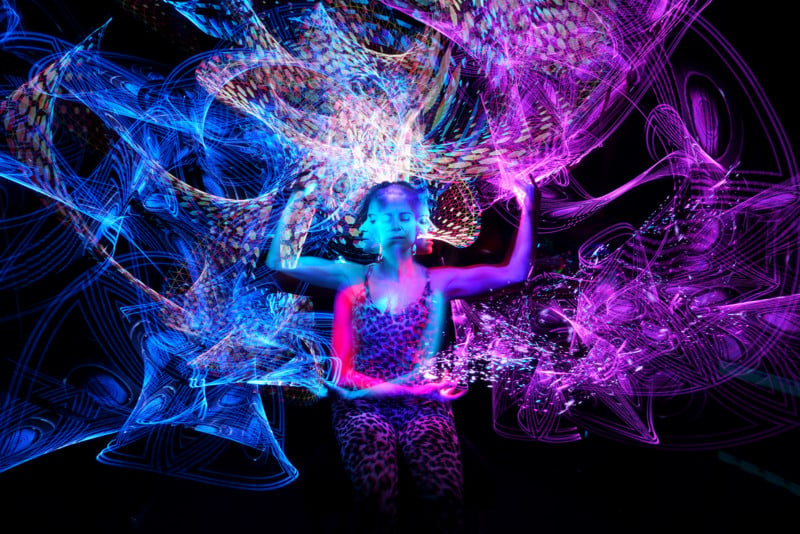 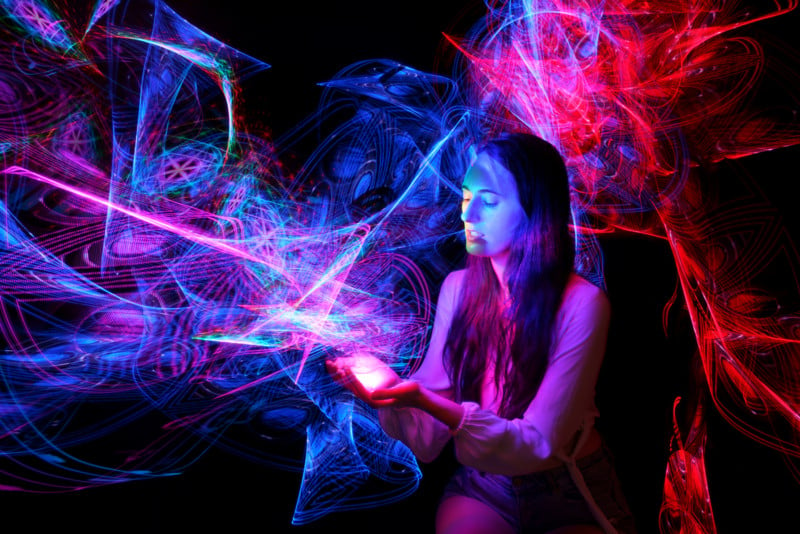 Godshaw says that the eventual goal is to create a network of light painting schools.

“[I want to bring] together the ever-growing list of art forms and specialized fields to collaborate and teach how to use light to illuminate the world around us in all ways possible,” he says. “Providing scholarships to people that need them and gifting sets of tools to those that are spreading the art form and ideals behind a better future.”

You can see more of Godshaaw’s work on his Instagram as well as on the website of his organization, Harmonic Light.

Image credits: Photos by Reid Godshaw and used with permission.