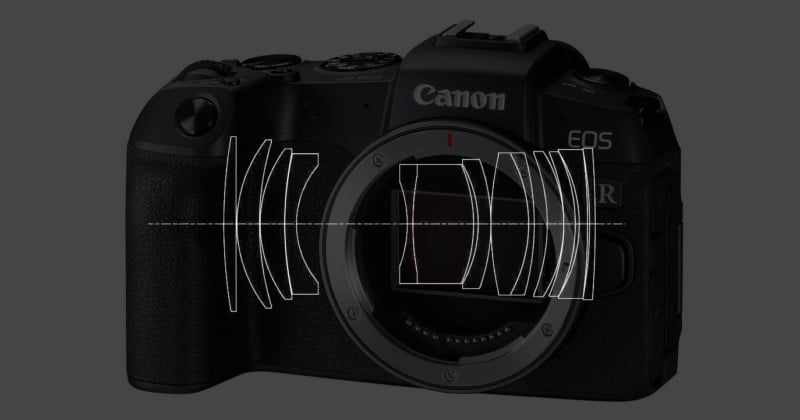 Canon News has uncovered a new patent out of Japan that shows some of Canon’s potential plans for the RF lens mount. According to the patent, Canon is looking into releasing some more affordable RF prime lenses like an 85mm f/1.8 and a 100mm f/2.8.

This patent discovery comes hot on the heels of a rumor that Canon was working on “a whole line of f/2-f/2.8 non-L prime lenses with IS” for the RF mount. Notably, that rumor came from an anonymous source and hasn’t been confirmed by anyone in the know, but it tracks with the patent discovered earlier today.

According to that patent, Canon has developed optical formulas for an 85mm f/1.8 and a 100mm f/2.8 that could do double duty as affordable primes and macro lenses.

“After some discussion and revisiting this patent application, it seems likely that these are made to also take the place of macro lenses,” writes Canon News. “It could be that Canon is looking at doing all the cheaper RF primes as being 1:2 macro similar to the Canon RF 35mm F1.8.”

As always, a patent does not a new lens make, but it would make sense for Canon to be leaning in this direction.

Either of these two lenses would be a welcome addition to the line-up, especially if they’re more affordable “non-L” options. The majority of Canon’s current RF lens lineup is impressive, but expensive, and the addition of a few affordable primes ahead of the release of the EOS R5, and especially the rumored EOS R6, would be much appreciated.