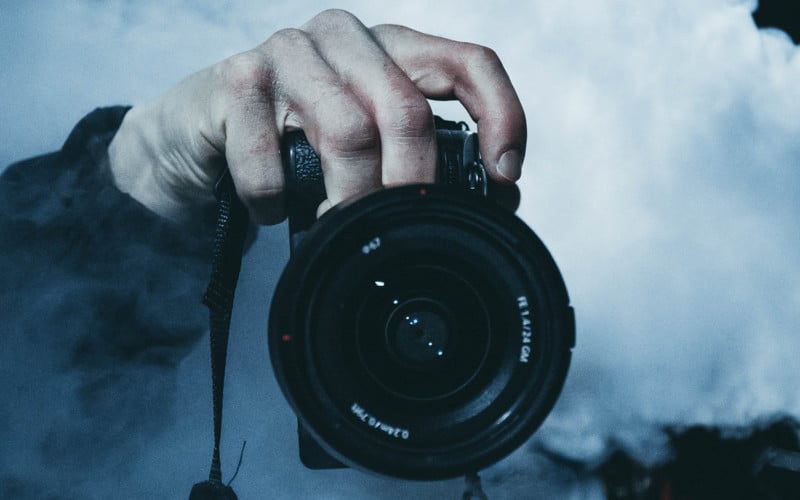 An opinion piece in the NY Daily News has sparked outrage among street photographers after the author called photography “a vehicle of gender-based violence in public places.” The author believes that all candid—or “unconsentual”—photography of women should be outlawed, and is taking steps to encourage such a law in New York City.

The oped—published yesterday—was written by Queens resident Jean Son, who is speaking out after multiple unnerving encounters with street photographers that she’s had from the age of 17 onward. Twice the police were called and forced the photographer to delete the images they had captured. The third and last of the incidents described took place this past December, and though the photographer deleted the photo willingly, he was adamant that “It’s not illegal. It’s art.”

“He’s right: it’s not illegal to take photos of people in public. But women are victimized by this lack of legal protection of our images,” writes Son. “Taking upskirt photos is a felony in New York. But while it’s great that taking photos of specific body parts is considered a crime, any act of photographing someone in a degrading, violative way without her consent in public is wrong and the law should reflect that.”

“New York can’t be a safe place for girls and women when any man can point a camera at us and walk away with our faces and our bodies in his files,” she asserts.

For Son, these incidents amount to a form of (in her words) assault, and she’s been working with New York City Councilman Jimmy Van Bramer to convene “an image privacy taskforce” that would “address photography as a vehicle of gender-based violence in public places.”

As you might imagine, the photographers who have read Son’s piece are none-too-keen on this idea.

For most photographers, and street photographers in particular, the legal right to take photos in public places is sacrosanct. Reading about Son’s experiences, many photographers would side with the man holding the camera and point out that the police had no right to force anybody to delete a photograph taken in public. The kind of law that Son is advocating for would, more or less, make any and all candid street photography illegal.

While such a law seems extremely unlikely—as Son herself points out, photography in public places has been upheld in court multiple times, even when the photographer was clearly being inappropriate—its very suggestion points to a debate about the ethics of public photography that is only getting louder. A debate that photographers should absolutely be a part of.

Not by attacking, shaming, or mocking the other side—as some upset photographers are no doubt tempted to do to after reading Ms. Son’s oped—but as advocates for the art that they espouse, and co-authors of any future legislation that seeks to limit what they can and can’t photograph in a public place.