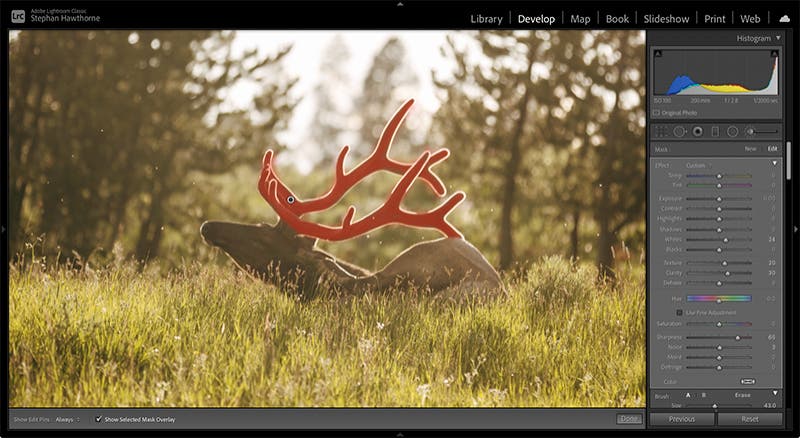 Including those above updates, there are several enhancements coming to the platform today.

In a sneak peek at the end of September, Adobe featured a new feature coming to Lightroom called Color Grading. In today’s update, that feature is live. Lightroom Classic now offers a robust color grading tool that is akin to the one found in Adobe Premiere. It allows you to gain precise, granular control over the colors of shadows, midtones, and highlights in an image and also includes a Global control to adjust the overall color of a photo. Color Grading replaces Split Toning and provides a greater degree of control than the former tool. 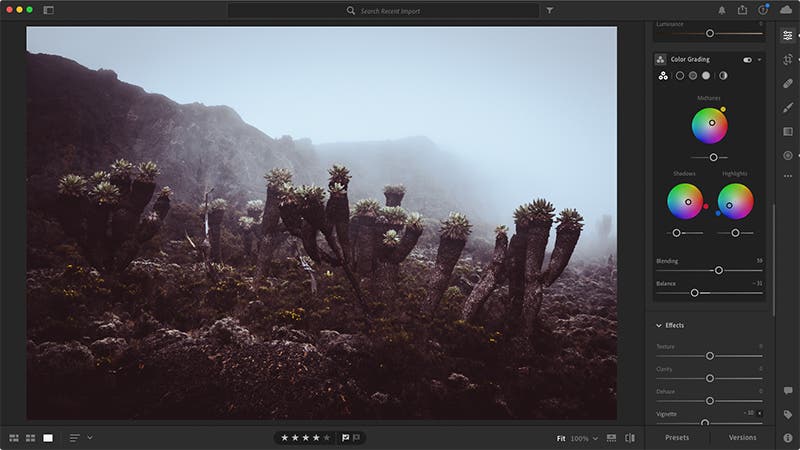 You can find the Color Grading tool in the Develop module under Color Grading in the righthand pane. For more information on how to use the feature, Adobe has a step by step guide here.

Lightroom Classic 10.0 supports real-time live tethered view through select Canon cameras. When active, the live view from the camera will appear in a separate resizable window with the option to rotate orientation. You will also have access to focus control buttons that will appear in the tether bar, including autofocus. 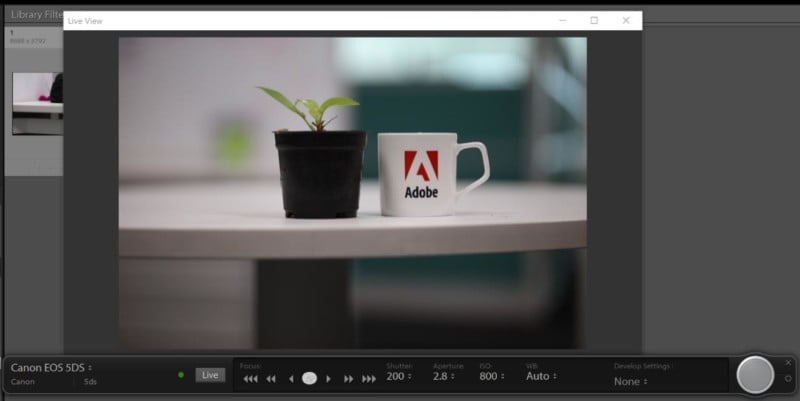 Adobe has added greater control over zoom levels in the Loupe, Compare, and Reference views with the new display options called Scrubby zoom and Box zoom.

Scrubby Zoom works by dragging your mouse to the right or left while pressing the shift key to zoom in or out of an image. This feature is only available in the Develop module when GPU acceleration is turned on.

Box Zoom allows you to zoom into a specific area of a photo by drawing a box with your mouse while pressing the Control button on Windows or the Command button on macOS. Box Zoom is available in the Library and Develop modules.

Adobe also updated the Zoom levels in the Navigator panel to Fit/Fill, 100%, and zoom percentage ranges from 6% to 1600%. Additionally, the Zoom slider in the toolbar has been divided into two halves, with the first half ranging between 6% and 100% and the second half between 100% and 1600%.

Support for New Cameras and Lenses

Adobe has published a full list of newly-supported lenses and cameras, which includes the new Fujifilm X-S10, the Panasonic Lumix S5, the Sony a7S III, and a7C.

Adobe is promising faster editing with brushes and gradients as well as greater optimized scrolling for Folders and Collections with this update to Lightroom Classic. Adobe says you should be able to experience smoother and faster rendering while applying Linear and Radial Gradients, painting with the Brush Tool, or adjusting multiple sliders for local corrections while GPU acceleration is turned on. Similarly, you should be able to more quickly scroll through the Library Grid, Folders, and Collections, especially while browsing through larger catalogs and longer lists of Folders and Collections with different color labels.

Lightroom Classic 10.0 is being rolled out starting today and should appear as an option to update shortly. For more information, check out Adobe’s Lightroom information page here.

Shooting an Intimate Portrait Project with the Unreleased iPhone 12 Pro