Want to see what a workday is like as an official photographer of an NFL football team? The NY Giants released this 4.5-minute video that follows along with team photographer Matthew Swensen on a game day. 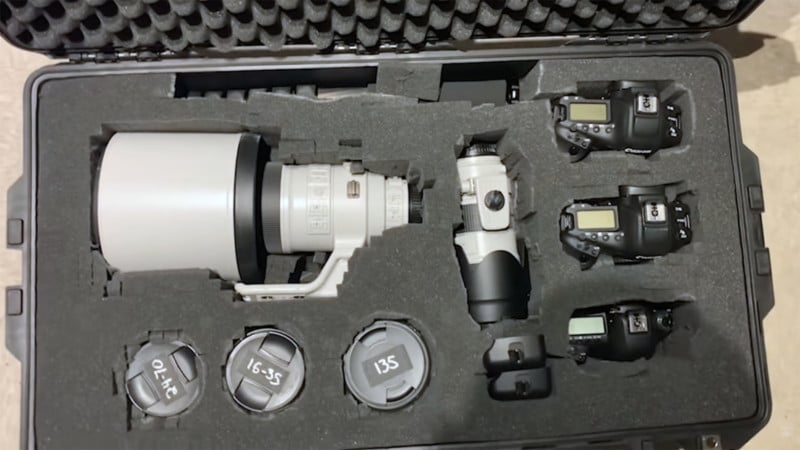 Swensen then sets up remote cameras on the field for capturing things like players running out of the tunnel from a safe distance during the COVID-19 pandemic.

Next is photographing the players on the field warming up in shirts and shorts.

After the game starts, Swensen continually moves around to find the best vantage point to capture the action from, separating himself from other team photographers to capture the game from different angles.

“Positioning is everything,” the photographer says. “I’ll move up and down usually 30 or 40 yards ahead of the play or behind the play depending on offense/defense.”

📸: Almost jumped in myself

📸: never posted this, it’s not the cleanest frame but mainly because @jlobelphoto killed it on his shot, still an epic moment worth sharing

Once the game is over, Swensen goes indoors and begins transferring, editing, and tagging the massive number of photos (usually 2,000 or more) he captured over the course of the day.

“These photos are used throughout the year for social, editorial, posters, graphics, marketing, and many other uses,” Swensen says. “But most importantly, it tells the story of the team for the 2020 season, so it’s important to spend the time and make sure every photo is looking as good as it can.”