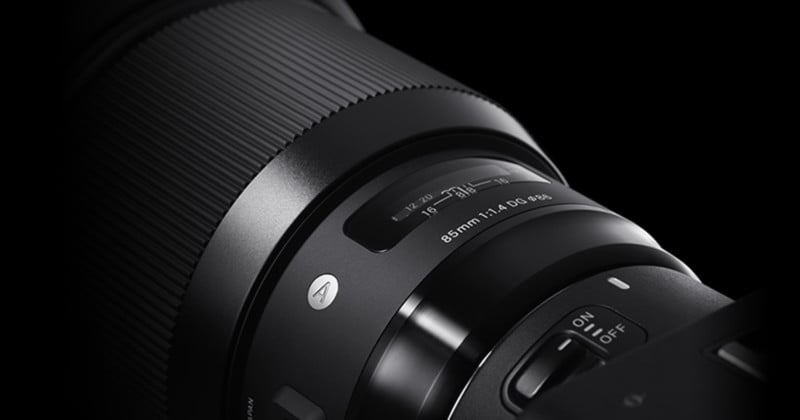 Mirrorless photographers take note: Sigma is allegedly planning to release a new prime lens next week. The new 85mm f/1.4 ART lens for E-mount and L-mount will join the other mirrorless “DG DN” lenses in the Sigma lineup, giving Sony, Panasonic, Leica, and Sigma fp shooters another portrait prime to choose from.

As the industry shifts its focus from DSLR to mirrorless (well… except Pentax), the third party lens makers are following suit. Sigma’s CEO even admitted that “most new products” moving forward would be “exclusively for mirrorless.”

With that in mind, the latest leak from Sony Alpha Rumors seems abundantly likely. According to the rumor site, the company is preparing to release a “DG DN” mirrorless version of its popular 85mm f/1.4 ART lens on August 6th. For mirrorless shooters the new lens would replace the “DG HSM” version of the 85mm f/1.4 ART lens, which is basically a DSLR lens with an MC-11 Adapter soldered onto the back.

You can see it in the leaked screenshot below:

The “banner” seems to be a visual asset that will be used on the Sigma Global website, where they list all their E-mount lenses like this: One note of caution: the Sigma website doesn’t use the word “Art” in their banners, and this kind of image would be very easy to fake, so please take this with a grain of salt. However, if the report turns out to be accurate, it’ll be an exciting addition to Sigma’s mirrorless lineup: a first for the L-mount, and a much-needed E-mount alternative to the expensive Sony 85mm f/1.4 G Master.

Fortunately, we won’t have to wait long to find out for sure. August 6th. Mark your calendars.