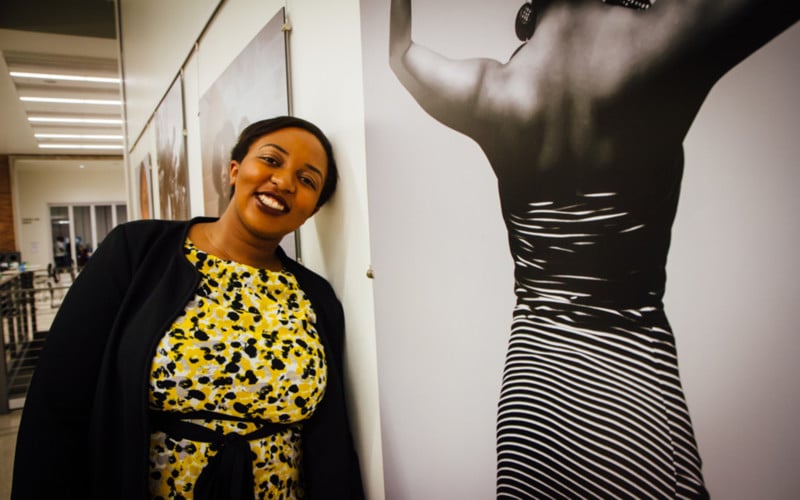 In the aftermath of the killing of George Floyd and the world-wide reckoning with systemic racism that his death inspired, the photo industry has been taking a long hard look at its own issues with diversity and inclusion. Black Women Photographers—a new global community and database of Black women creatives—is both the result of, and an answer to, this long-overdue soul-searching.

From the drafting of a controversial new Photo Bill of Rights, to discussions around ethical photojournalism at protests, to more fervent calls for diversity in the magazine industry, the death of George Floyd and the BLM backlack that it provoked has had a major impact on photography and photojournalism.

Black Women Photographers was born to help the industry navigate these issues and fix its diversity problem.

Founded by photographer and journalist Polly Irungu and officially launched on July 7th, BWP is a community and database that seeks to dispel the notion that it’s difficult to find Black creatives by shedding light on one particularly underrepresented facet of the industry.

“Black Women Photographers was birthed from the desire to provide an accessible platform for the companies seeking inclusivity. We’re living in a climate where every industry is being scrutinized, rightfully so, and in order to reap the fruits of this reckoning, it is imperative that our communities sow into each other,” Irungu told PetaPixel over email. “Black Women Photographers aims to disrupt the notion that it is difficult to find Black creatives. It is a home for Black women to receive proper recognition, and most importantly, get hired.”

As photo editors around the world seek to expand their talent pool, Irungu hopes that BWP will become a valuable resource. Similar to previous initiatives like Women Photograph, it removes the unconscious and systemic barriers standing between gatekeepers and underrepresented creatives—in this case, Black women photographers.

As Irungu explains, the impact of BWP will be felt both behind the lens and in front of it: “The database provides a platform for companies to reference as they seek to diversify their sets and to appropriately communicate the narratives of Black lives in front of the lens.”

Of course, ingrained biases—especially those that have been turned into idealogical battlegrounds by today’s highly-partisan political climate—are particularly challenging to unravel. Irungu knows this, and knows that Black Women Photographers faces an uphill battle.

“Black women photographers face challenges at every junction,” she tells PetaPixel. “We don’t need to redefine systemic oppression; the research of its invasive nature has been well documented in almost every corner of society. As such, being a Black woman photographer is a protest in itself. Between developing film and leveling up in equipment, the purveyors of the field require the resources to produce.”

“The protest is a vow to remain true to the gifts Black women have inherited, though mountains plenty,” says Irungu.

By providing a resource for the industry’s gatekeepers, Irungu hopes that Black Women Photographers might shed some light on the sheer diversity of talent that is available, while simultaneously demanding that structural changes be enacted and praising the progress that is being made.

“We want to ensure that more Black women are editors, directors, ambassadors, and have the hiring power to make the industry as colorful as it ought to be,” she told us. “We [also] want to compliment the efforts already being done by like the team behind the Photo Bill of Rights.”

Since its launch less than three weeks ago, Black Women Photographers has already added more than 110 Black creators to its ranks, with plans to continue expanding the database on a daily basis. Irungu has also established a COVID-19 relief fund, which has raised over $13,000 to date.

Canon Will Release an RF-Mount Speed Booster in 2020: Report