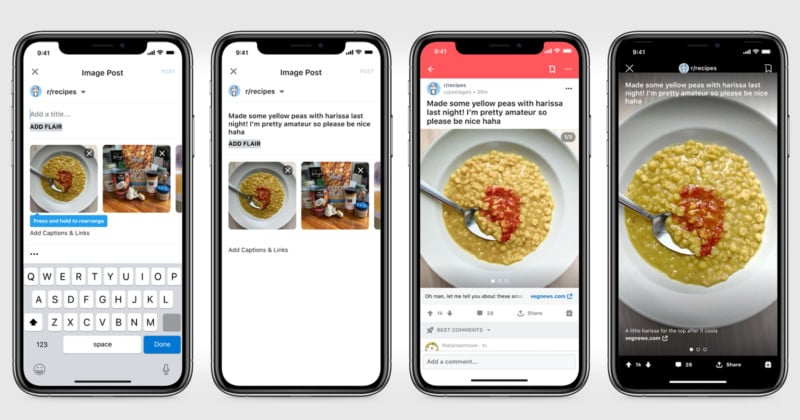 15 years after its inception, Reddit has finally, mercifully added the ability to create and post interactive photo galleries. No longer will you need to rely on Imgur or another service if you need to post more than one image at a time

The feature was officially unveiled on r/announcements about an hour ago after being previewed for mods at the beginning of July. In essence, it allows users to create a carousel with up to 20 images or GIFs (but not a combination), with or without links and captions attached to each photo.

Mods will be able to activate the feature on a subreddit-by-subreddit basis, and according to the powers that be, they’ll soon be able to take more granular control by:

Other features that will roll out after launch include support for mixed media galleries (images + GIFs + videos), and the ability to change captions or remove images. According to the July 1st post on r/modnews, users will not be allowed to add images or rearrange a gallery once it’s been published.

As of this moment the feature is officially live across the platform, so expect some of the most popular image-based subreddits (i.e. r/pics and r/photography) to begin opting in to Image Galleries soon. Android support is coming next week.

To learn more about Reddit Image Galleries, head over to the Reddit blog or read the official announcement here.

These Researchers Have Created a Tiny Camera Backpack for Beetles