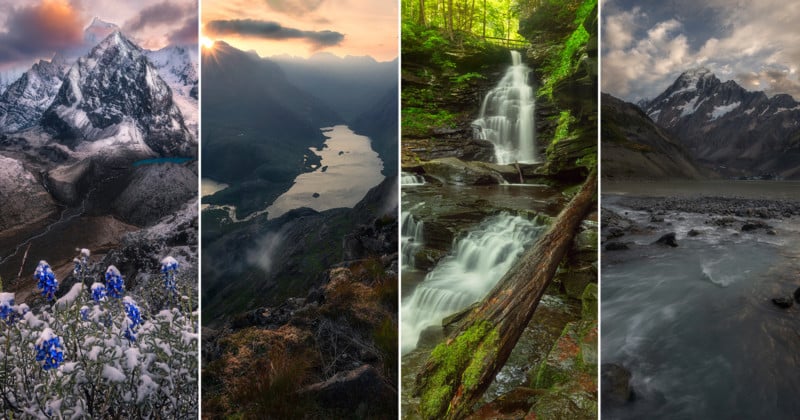 Why do I do landscape photography? I’ve been trying to conceptualize an answer to this question as I delve deeper into my self-expression through creating imagery.

Through these ‘studies’ I have heard many others dance around this ultimate question, giving pieces of their own answer. In order to complete the self-reflection I am seeking, I want to look back at the roots from which my photography grew.

For much of my life, I’ve been a competitive distance runner. For anyone who understands what it takes to be successful at an elite level in that sport, you know the time and energy commitments necessary to perform—for years, I logged thousands of miles with nothing but a pair of sneakers, shorts, and a watch, driven much of the time by results that were a microcosm of the process.

But eventually, I came to realize as the ambition for those results waned, that I had developed a higher passion and appreciation for that process, stripping away the tangibles while becoming lost in the emotion and life of the natural world around me. That is the single greatest thing that I discovered from the years I have spent (and still do) on trails with little else than my own body and mind: a love affair and engagement with my natural surroundings, an awareness and a necessity to preserve and live in that relationship as much as possible. 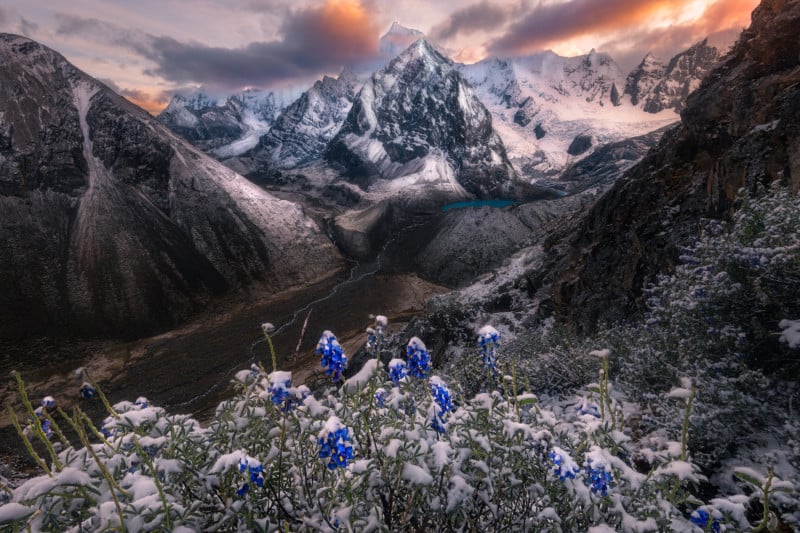 This renaissance happened long before I ever picked up a camera. It happened at a sub-conscience level at first, but I was eventually able to harness those emotions and attach verbal context. As the years have gone by, I have opened those doors further, and photography has played a part.

When I got my first Nikon DSLR in 2017, I was merely looking to document some memories. I had no intention or purpose behind creating imagery; I was merely pointing the camera in a direction and trying to include as much of the beauty before me in a single frame. Fast forward to today, and I’m still learning every day about my relationship with my art and the processes behind it.

But, from the moment when I first starting taking pictures until now, one thing has remained constant: just as I realized through distance running that my higher passion was the experience, the final result (images) is always secondary to the process and my total immersion into the natural world that facilitates that final result.

That is why, to me, photography is so much more than capturing a single moment in time. When I’m able to fully immerse myself in nature, the images I create are a manifestation of that immersion. That experience could be one lasting over several days, weeks, or even years. And that experience would be severely diminished if you stripped it away to merely a visual byproduct. Rather, it is built from all of the senses. 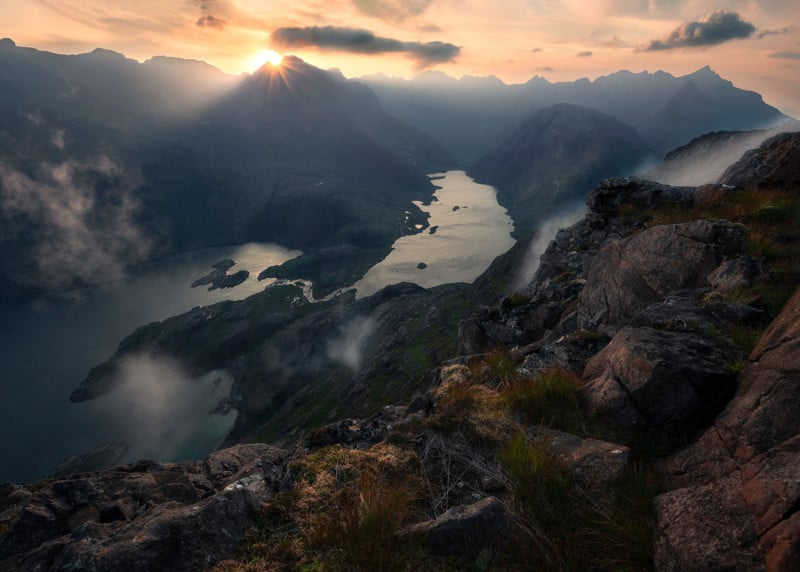 Looking back on memories, I will use those from a 2019 trip to Scotland as an example. My trip consisted of a point-to-point hike totaling nearly 140 miles over the course of 7 days. To me, the images that I created during that trip are not presentations of the different locations I came across, or the memories of isolated moments within that time period. On the contrary, they are a non-linear representation of the totality of that experience made whole.

Just as much of what is not in those images contributed to their creation as what is visually present in each frame—the way the air smelled of the wild sea, the way the ground felt under foot as I slogged through dozens of miles of boggy terrain, the way the wind and the rain permeated every inch of my being, the way the sun’s rays broke through storm clouds to dance on the ocean surface and the mountainous landscape.

I feel all of this when I look at those images.

Nature photography is the culmination of the before, during, and after of these experiences with the landscape. We pour our emotional relationship with nature into an image, and we hope that we are able to share at least a bit of that complete, sensory experience with the viewer.

This is what photography is to me. In a way, this answers the “why?” that started this self-reflection.

What’s more, my creative process takes place just as much in the field as it does in post-production (converting the raw files from a camera to a final image). My editing process can be described as the ‘debrief’ of my mind’s information collection. I often wait weeks or even months to review and process images to allow that information to sink in and for understanding to take place.

That understanding often leads to a better ability to combine all of that sensory information into a final result. 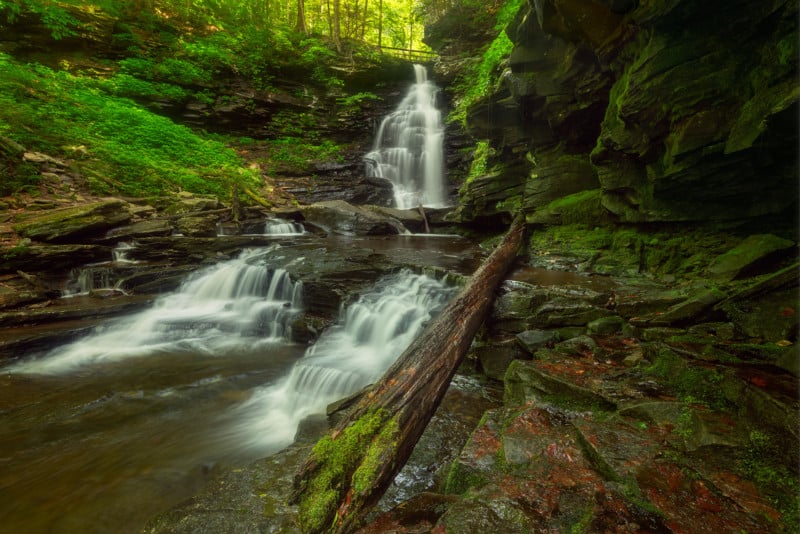 Should We Define the Artistic Process as it Relates to Landscape Photography?

Describing what’s at the core of my own photography has led me to see what I think may be overlooked when other photographers’ attempt to explain the “why?” behind their own work or their own definitions of the art form (at least as it relates to reflection on my own artistic process; please know that I believe that no person’s opinion should ever be described as wrong or missing the point).

This topic sometimes originates from a classic debate in the landscape photography community over the scale of different photographers’ propensities to process, edit, and sometimes manipulate the visual aspects of an image. There can be very polarizing and “controversial” opinions on this subject, with some photographers more outspoken than others relative to which side of the fence their opinions land.

Many photographers believe strongly that there are boundaries at the root of the definition of photography, and if an artist crosses those boundaries their art ceases to be defined as photography. The fatal flaw in these discussions is that a wall exists in the first place—this would imply that there is a uniformity to art that facilitates the direct comparison of each artist’s process to the next.

I think we find the most success as artists when we accept that our artistic processes exist in a non-linear, ever-changing dimension in which they are independent of one another’s work.

Artists are welcome to have rules in their processes. I definitely have my own rules, although I would describe them more as inclinations derived from my emotional connection with a subject. Where things get controversial is when artists want to push their own rules onto the collective. That contradicts the nature of the artistic process at its core.

We all need to be okay with having our own “rules” that are unique to our own work, while realizing that another artist’s set of rules may be different. That doesn’t mean that another’s process and final product is fundamentally “wrong.” Art is defined by its non-conformity, and I believe that photography is art. 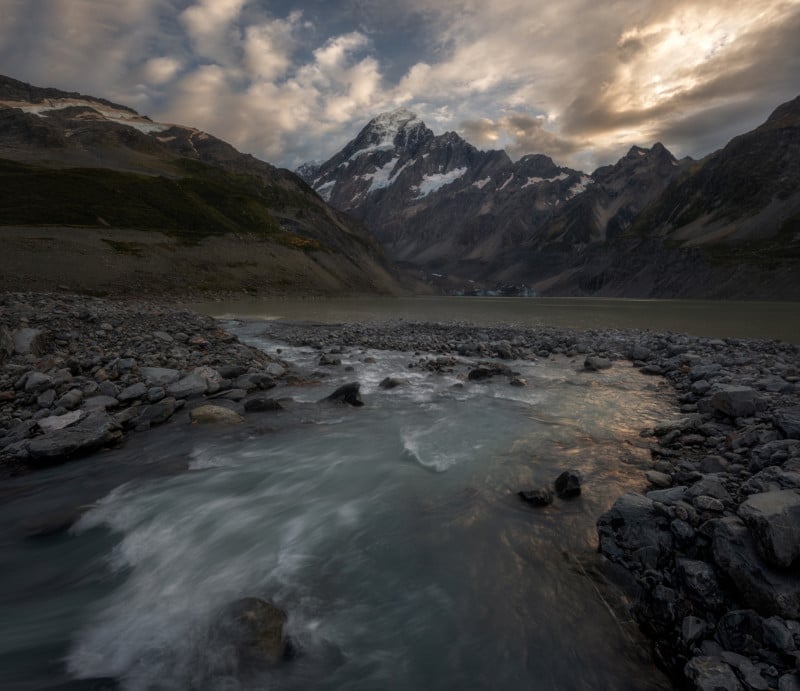 As I said earlier: to me, photography is so much more than the visual representation of a single moment in time. It’s about the emotionality of my experiences with nature and transferring that emotion into an image in order to tell a story. A story is not static, and neither is my photography. Just because a final image might not look exactly like a single raw file on my camera’s LCD screen does not make it fake.

Maybe moments from several images from the location were combined, maybe colors and white balance were adjusted, focal lengths blended, areas dodged and burned, exposures bracketed, or maybe images were stitched together. I may not be the most liberal post-processor, but I am also certainly not the most conservative.

To think of photography so literally puts far too much dependence on the technology and physics of an instrument that sees the world very differently than a human, and ultimately lacks the full sensory power to create the same emotional connection with the subject. When I’m in the field, and when I edit my images, I focus much more on that emotional connection and try to follow where it leads me.

One of the most popular “soap box” statements in photography is that “it’s not about the camera; it’s about the photographer.” We owe it to ourselves as photographers to truly uphold that notion as it relates to our own work by releasing the constraints on our own creative process that are brought on by comparing and defining it to our peers and the community as a whole.

About the author: Matt Fischer is an awarded wilderness and landscape photographer from the United States. His passion for preserving the beautiful, wild and untouched landscapes of the world are a driving force for his photography. You can find more of his portfolio and content on his website or by following him on Instagram and Facebook. This essay was also published here.