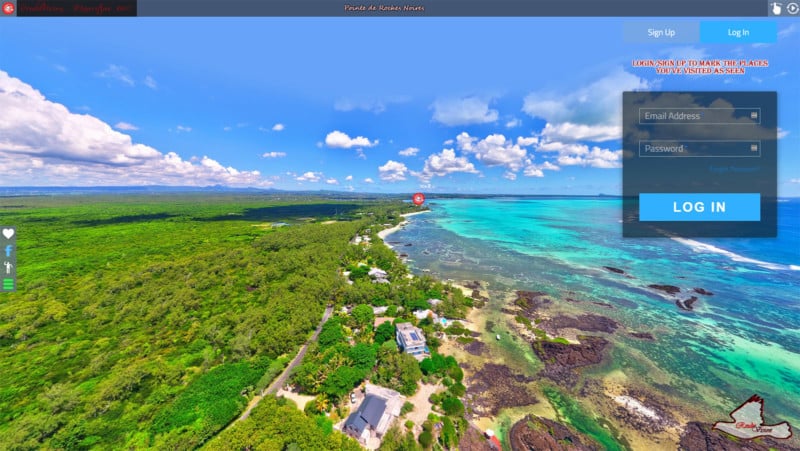 Reuben Pillay is a drone enthusiast living on Mauritius, the island nation 1,200 miles southeast off the African continent. He has spent over a year and a half working single-handedly on a project called ReubsVision — it’s essentially like an aerial Google Street View of the island’s entire coastline (and more).


“I have used Google Street View before, but it’s not available for my little island — the Google street car never made it here,” Pillay tells PetaPixel. “All we have on Google Earth is images from a lot of different people and the general quality isn’t necessarily good […]

“I wanted to create something with much better uniform quality. A place where you’d get decent images every time you’d click and a way for people to leave memories they’ve had at these places.”

So, Pillay spent 18 months traveling all over the 790-square-mile island with his DJI Phantom 4 Pro camera drone.

“We’re a small island — driving from my place to anywhere can take at most an hour and a half since I’m pretty much centered,” the photographer says. But he did run into the challenges of weather, as forecasts on the island aren’t accurate.

After shooting many photos in every direction from a point in the sky, Pillay stitched the photos together into a 360-degree image of that location. Each of the photos took an average of 10 hours to edit and stitch.

Pillay has since created over 220 ultra-high-resolution 360° photos that cover the entire Mauritius coastline.

To share the work with the world, Pillay coded up an impressive website that shows overlays all of his photo locations on the island. 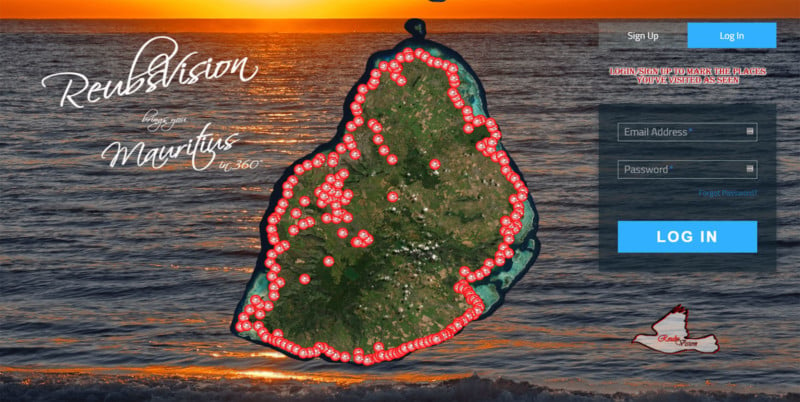 Clicking any of the location markers opens up a Street View-style 360-degree photo shot there. Viewers can look in any direction as well as zoom into the high-res photo. You can also click through to other locations via the other markers found in the 360-degree photos. 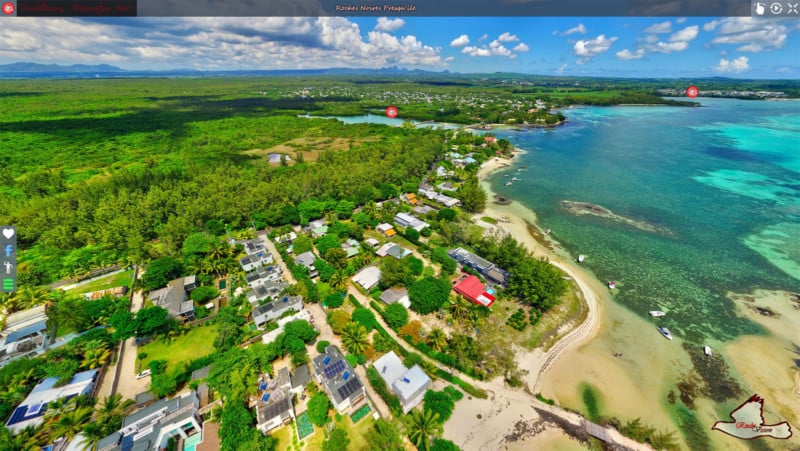 “This was actually the first website I ever built, the first domain I ever purchased and the first hosting server I ever ‘bought’,” Pillay says. “I had no prior experience in doing any of that, but it was fun discovering all this, and to be honest, being confined at home during the COVID outbreak really helped in getting me focused on this.”

Pillay has poured all of himself into this effort, from spending $1,000 on gas for his travels (in a country where the minimum wage is a fraction of that) to spending 20-hour days on coding.

“All I want for now is that people discover my island,” Pillay says, “and hopeful that’ll bring tourists over here once we re-open our airspace and this COVID situation is out of the way…”

Head on over to the free ReubsVision website if you’d like to go on a virtual aerial tour of the island of Mauritius.