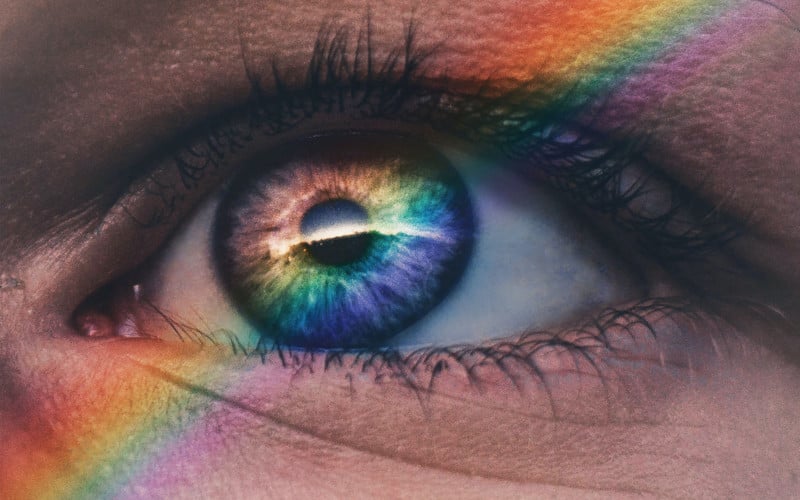 A team of scientists at the Hong Kong University of Science and Technology have developed an artificial eye that could someday help cure blindness or even enhance human vision. For now, their creation boasts just 100-pixel resolution, but the groundwork has been laid.

The team, led by Leilei Gu, describe their creation in a paper published yesterday in the journal Nature. In that paper, Gu et al. describe “an electrochemical eye with a hemispherical retina made of a high-density array of nanowires [that mimic] the photoreceptors on a human retina.”

Build to be structurally similar to a real human eye, the spherical “cyborg eye” uses a 100° FOV lens (the human eye boasts a 130° FOV) to focus light onto a 2mm-wide area that features a densely packed array of photosensitive nanowires in lieu of the rods and cones in our own eyes. Just like in the human eye, the light travels through a space filled with, in this case, an ionic fluid before activating those photoreceptors and sending a signal further down the pipe using “thin, flexible wires made of a liquid metal (eutectic gallium–indium alloy)” in lieu of nerve fibers.

Most impressive is that even the current prototype can match or even surpass the human eye in certain respects. According to a news report in Nature, the sensitivity to light of the artificial retina is already on par with the human eye, and the nanowires responsiveness is actually faster—they can produce a response in 19.2ms and recover in as little as 23.9ms, compared to the 40-150ms response and recovery times of photo receptors in the human eye.

Where it falls (far) short is in overall resolution. Each pixel is made up of four nanowires, and the current version only boasts a 10 x 10 pixel resolution in that tiny 2mm-wide array. The nanowires themselves are tiny, but the liquid metal ‘nerves’ are still too big. Manufacturing the current version is both expensive and slow, and the actual resilience of this design needs to be tested to determined how quickly the artificial retina breaks down. Finally, the current version needs external power, though scientists say this design could someday be solar powered.

Knowing all of this, we’re obviously a ways away from curing blindness with cyborg eyes, much less improving on human vision with eye upgrades that could extend our visual awareness beyond the traditional ‘visible light’ spectrum. But “a ways”—the Nature report imagines real-life use as soon as “within the next decade”—is a far sight sooner than most of us can even fathom for a technology straight out of science fiction.

To read up on this breakthrough in more detail, check out the news report on the Nature website. And if you have a subscription to the journal, you can read the full research paper at this link.

(via New Scientists via Engadget)

6 Wacky DIY Smartphone Rigs: How to Build a DIY ‘Gimbal’ and More